February 19 2016
34
Senators John McCain, Richard Durbin and Benjamin Cardin were seriously concerned about the infringement of democracy in fraternal Poland. The prominent political figures of America are deeply agitated by the reforms affecting the activities of the Constitutional Court and the media in Poland. Senators note that new laws may hinder the legality and independence of the courts. The Polish government responded by saying that some Americans have no idea about what is happening in Poland. 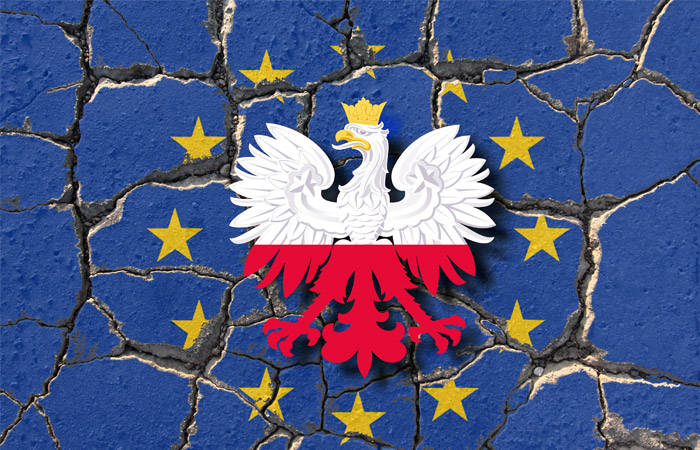 Recall that in January 2016, the Polish methods of governing the country caused serious criticism from the democratic world community. Warsaw was criticized not in the USA, but in Europe.

For example, the speaker of the European Parliament and the representative of the Social Democratic Party of Germany, Martin Schulz, said that the Polish government pursues a policy that is very reminiscent of the policy of ... Putin. The government in Poland mentioned Schultz called "Putin-style democracy."

Some German parliamentarians went further, proposing to punish Poland with economic sanctions. The head of the parliamentary faction of the Christian Democratic Union, Volker Cowder, said bluntly that in case of a violation of the "European principles" by Warsaw, the EU states should "go for sanctions." The Polish government should learn: the basic values ​​of Europe “cannot be violated”.

That is, it was proposed to deal with Poland approximately as with Russia.

In addition to Herr Cowder, the chairman of the CDU / CSU faction in the European Parliament, Herbert Reul, called for financial sanctions against Warsaw.

MEP Viviane Reding, formerly EU Commissioner for Justice, Fundamental Rights and Citizenship, said in January that “attacks on the rule of law” always start with an attack on the Constitutional Court, followed by the media (first public, then private) . “This is the logic of Putin, Orban, Kaczynski,” said Reading.

Criticism of the internal politics of Warsaw in Europe started last year - in the autumn, and especially in December.

As you know, in 2015, the “Law and Justice” party (otherwise “Law and Justice”) won the parliamentary majority. The leader of the party is Pan Jaroslav Kaczynski. President Andrzej Duda is also a member of this party. The "just" zealously took up the cause of "reform."

First of all, laws on the reform of the Constitutional Court and the reform of public radio and television were passed through the Sejm.

In January, Duda signed a law on the media, initiated by the “fair” and allowing the government to appoint and dismiss the heads of Polish public television and Polish radio at its discretion.

The authorities of the European Union such an invasion of Poland on democracy and freedom of speech were outraged.

European Commissioner Günther Oettinger called for the use of the EU legal mechanism, providing for a corresponding harsh dialogue with the EU state suspected of violating legal norms.

The Polish people were also dissatisfied with the innovations of the “just”: mass protests took place in the country, covering two dozen cities.

However, members of the Polish government did not heed the voice of the people or warnings from the EU authorities.

Since the criticism of Brussels did not work, the hegemon had to intervene in the matter. However, unofficially.

Three US senators condemned the “reforms” that came to the throats of democracy in Poland.

As reported from Warsaw Agency Associated PressPolish leaders say that three US senators who expressed “concern” about the rule of law in Poland are “misinformed” about the situation in the country and have no right to “lecture” Warsaw about its “internal affairs.”

A bipartisan group of senators, AP reports, John McCain from Arizona, Benjamin Cardin from Maryland and Richard Durbin from Illinois, last week sent a letter to the Prime Minister of Poland Beata Szydlo. The document expresses concern that new laws affecting the Constitutional Court and public media may adversely affect democratic norms, including the legality and independence of the judiciary.

At the same time, the senators called themselves the "Friends of Poland". These "friends" called on the government in Warsaw to "re" return to common Western democratic values.

In response to the Americans, the Polish Foreign Minister, Witold Vashchikovsky, spoke. He literally "attacked" the senators.

According to him, the senators do not know anything about orders in Poland, and the letter itself is “the result of a lack of knowledge about what is happening in Poland.” Moreover, politicians were “inspired” by the letter by people who want to “harm Poland”.

Witold Vashchikovsky also said that he was going to officially resolve this issue in Washington, where he intended to go for negotiations.

However, the agency notes, this letter only underlines the "similar criticism" that came earlier from the leaders of Europe. The document further focuses on how badly Poland’s international position has deteriorated since the Law and Justice Party won the parliamentary elections.

“The erosion of democracy in Poland will undermine the liberal institutions that have so far successfully based on ideas of well-being, peace, stability and tolerance in Europe,” the senators wrote to B. Szydlow.

In response, Shidlo explained that the changes her government was making were just “adjustments” to the attempts of the previous government to gain control over the Constitutional Court. According to her, American politicians have nothing to "read lectures" and poke their nose "in the internal affairs" of Poland.

What will come with such an unusual policy of Poland, which has clearly lost its hand and does not want to listen to democratic advisers? Western theses on the “Putinization” of Poland may lead to the fact that soon Beate Szydlo will be compared with Medvedev, and Pan Dudu with Putin. First, as a joke, then seriously. And what should Poland do, which is now suffering from Russian counter-sanctions (remember the apples), and in the future risk getting sanctions from the EU and the US?

Experts do not think that any sanctions are shining on Poland. On the contrary, Warsaw claims to be one of the new centers of Europe. And its ties with the United States are not weakening, but growing stronger.

As explained Reedus Alexei Kochetkov, head of the People's Diplomacy Foundation, Poland is "the absolute guide of US geopolitical interests in the European theater."

The party “Law and Justice” and its founder and chairman Jaroslav Kaczynski, the expert said, is an old creature of Americans. The party takes an anti-European and anti-German position.

Poland receives from the States financial income through military cooperation. “If you look closely, Poland today is in a much more favorable economic position than its neighbors in the European Union,” said Kochetkov. According to the political scientist, Warsaw is given preferences from the IMF and the United States, which allows Poland to see itself as a new center of power in Europe, able to resist Germany and France.

As for the letter of McCain to his comrades, we add from himself that it does not and cannot have any political or legal force; McCain is not at all the figure that is responsible for carrying out US foreign policy, and not at all to that branch of government. It would be different if the letter were sent by Secretary of State John Kerry.

But official Washington will not spoil relations with Poland, which he politically needs as a territory bordering Ukraine, Belarus, Lithuania and the Kaliningrad region. With the help of Poland, the White House will continue to pursue Russophobic policies, as well as keep German politicians "in tune". And if the Polish public media doodu in the same way with Washington, the latter will be just happy.

Observed and commented on Oleg Chuvakin
- especially for topwar.ru
Ctrl Enter
Noticed oshЫbku Highlight text and press. Ctrl + Enter
We are
Polish concept tank PL-01 (photo gallery)Results of the week. “Russians, surrender, we are a horde!” - “And us - army!”
34 comments
Information
Dear reader, to leave comments on the publication, you must to register.