"Syrian Express" and its ships and vessels

February 22 2016
56
One of the most unique Russian highways built in the last 5 years is the Novorossiysk-Sevastopol-Tartus port (Syria). It is on this route that the so-called "Syrian express" runs, having already made several hundred flights.


In many ways, thanks to him, Syria today still exists as a country. Therefore, it seems to me, the special mention is worthy of the ships and vessels that are part of the Syrian Express. And these are not only warships, but also civilian ships, sometimes with very unusual history. 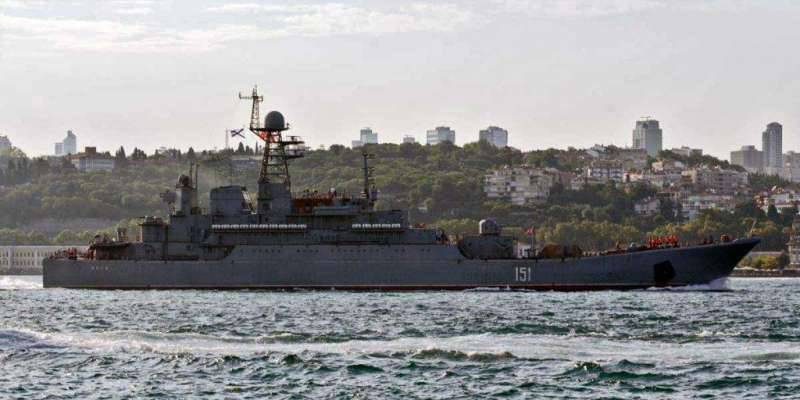 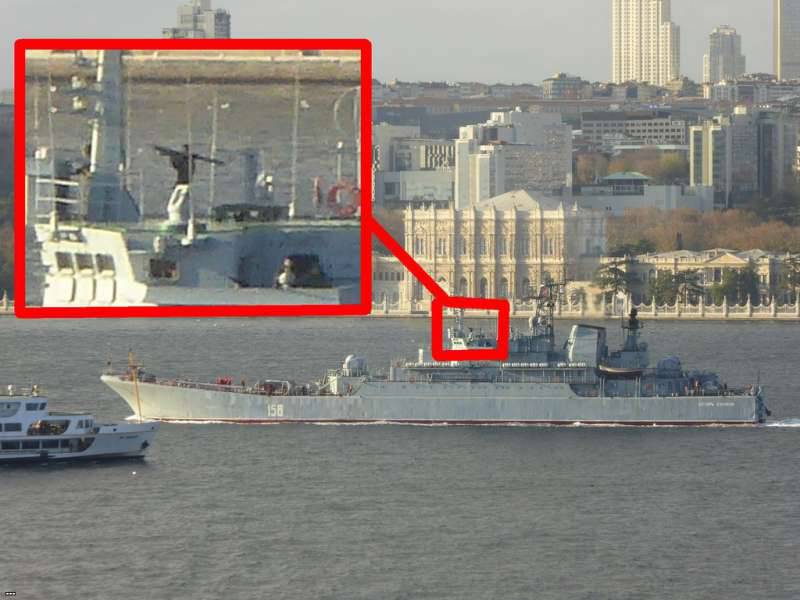 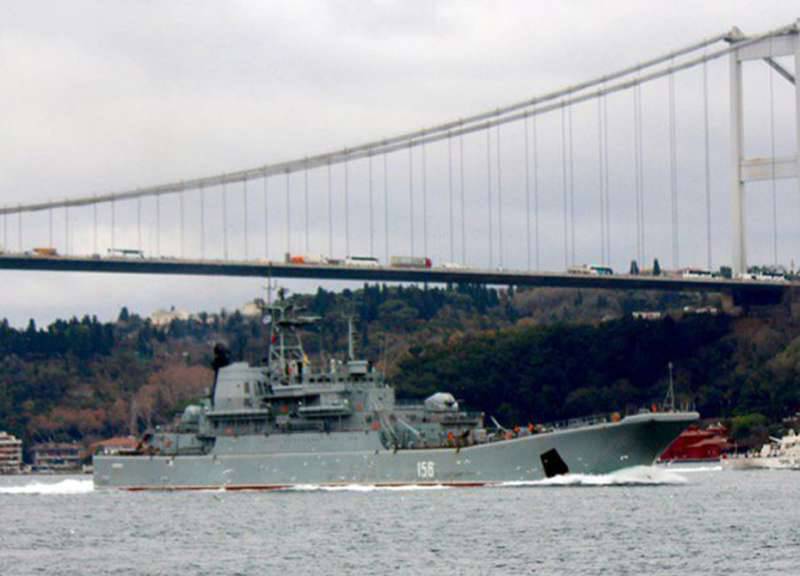 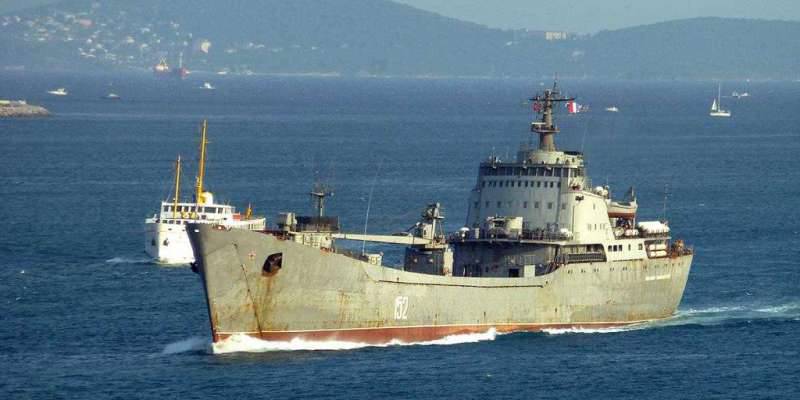 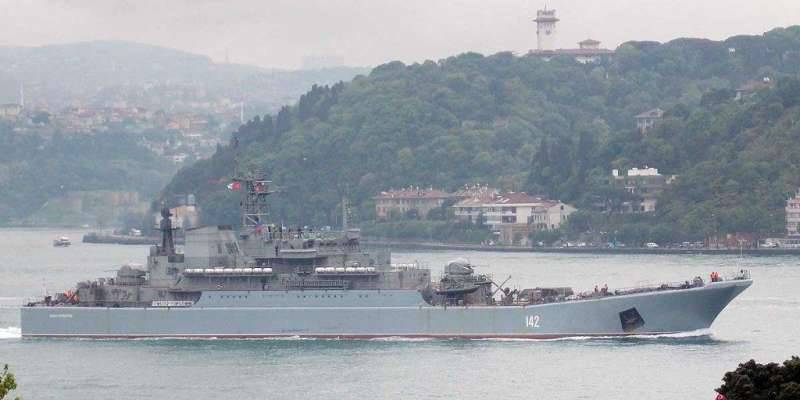 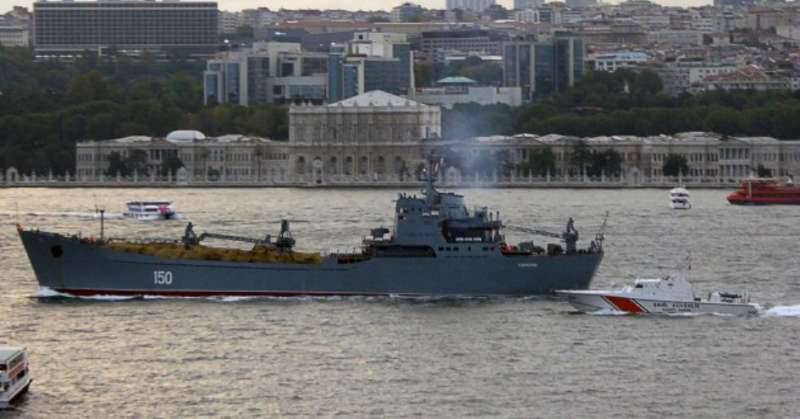 Acquired by the Navy and added to the list of auxiliary vessels of the Black Sea fleet: 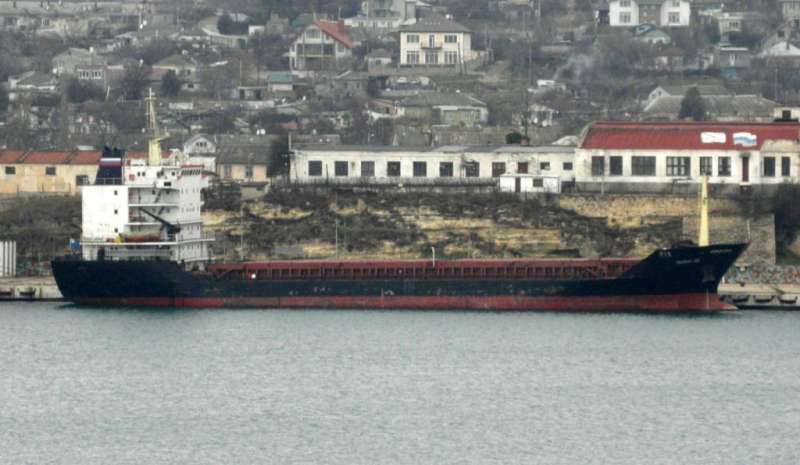 One of the interesting stories associated with the acquisition of this vessel. Naturally, Ukraine could not sell the ship directly to the “aggressor country”. Therefore, the ship was sold to such a "sea" power, like Mongolia. However, a month later the ship was sold to the Russian side and transferred to the auxiliary vessels of the Black Sea Fleet. Did the Ukrainians know who they were selling this vessel to? It seems that they knew. 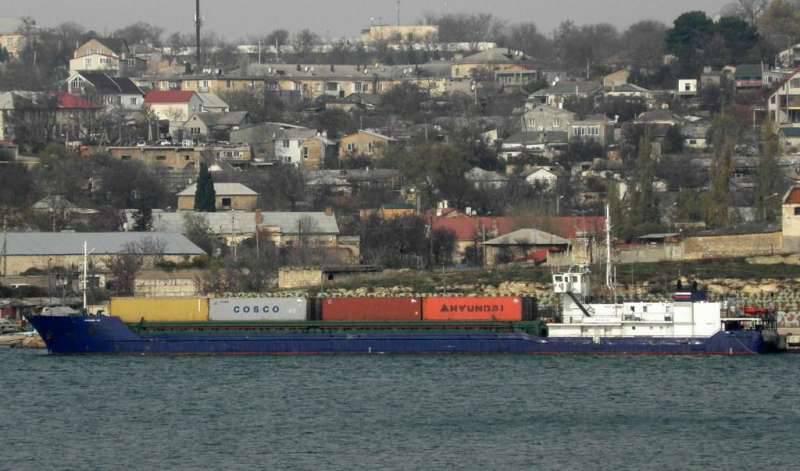 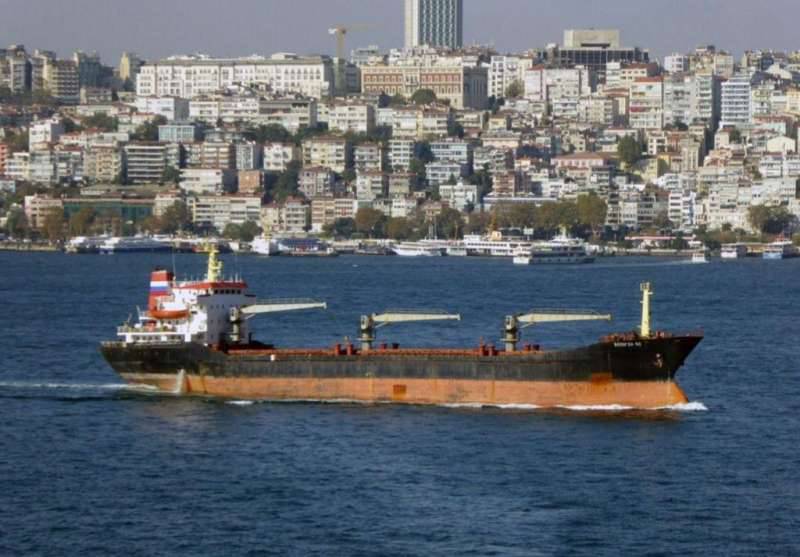 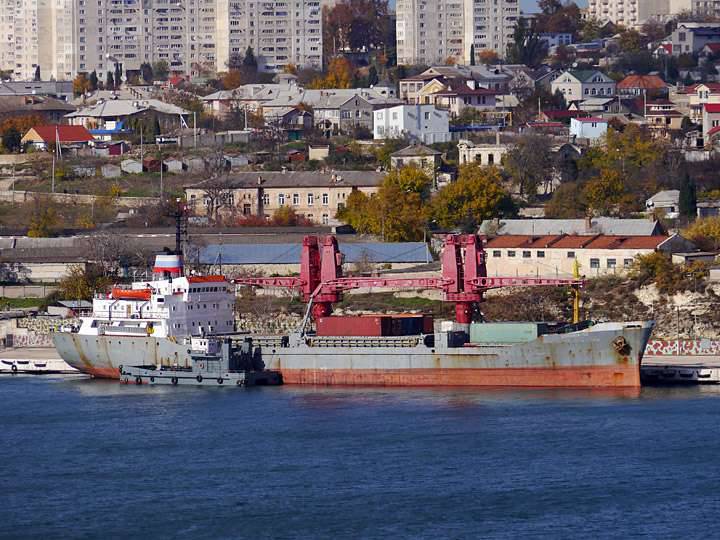 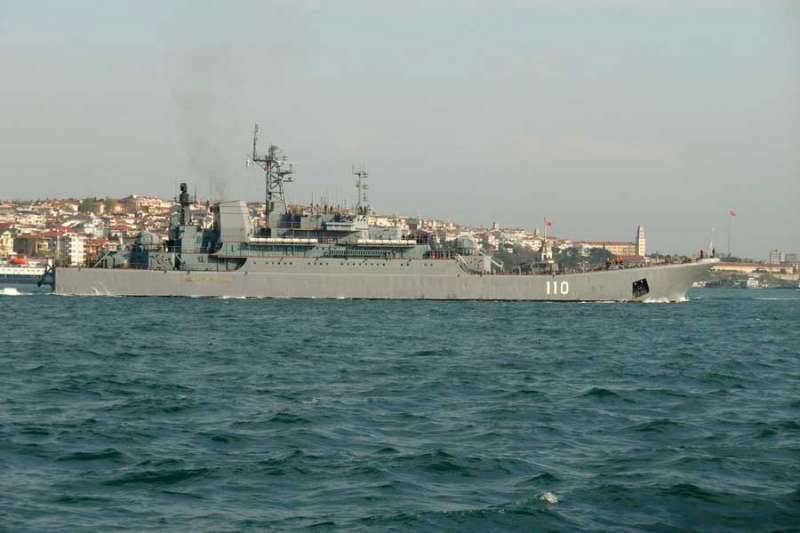 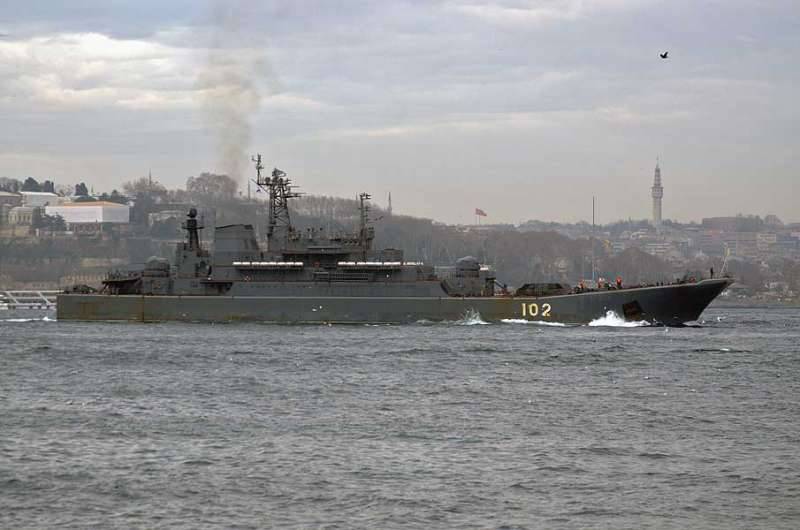 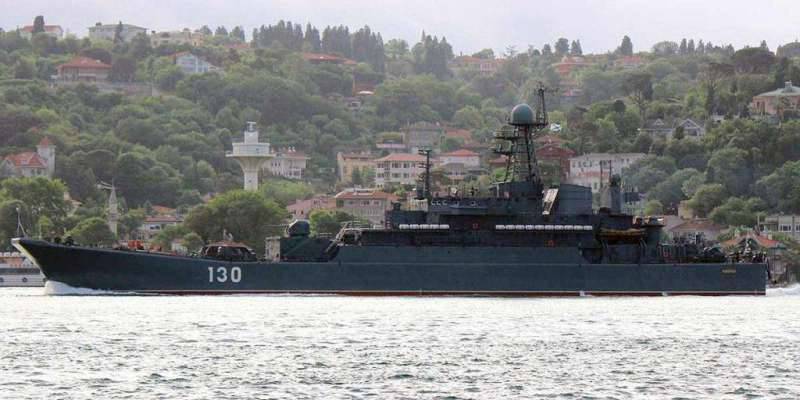 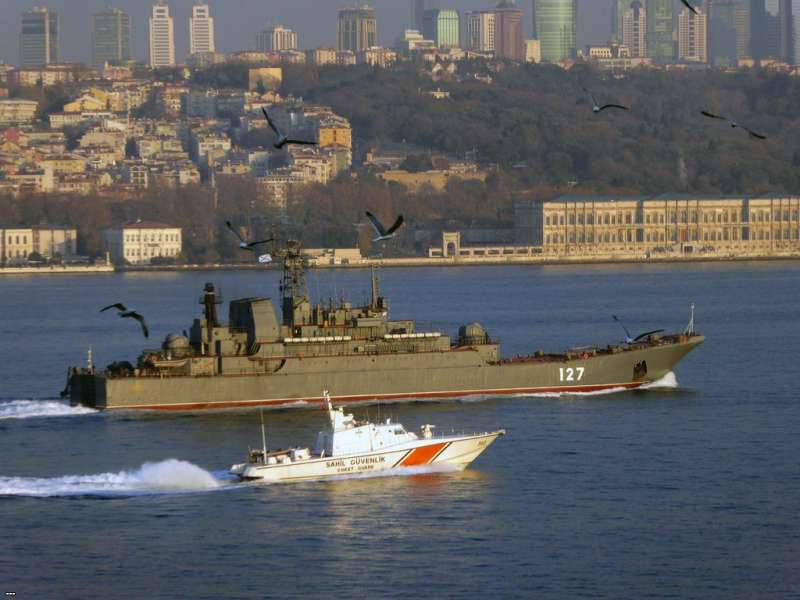 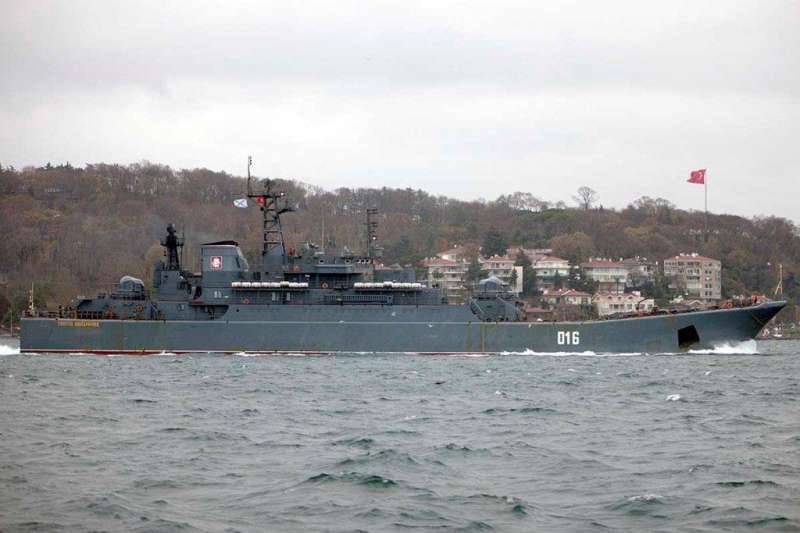 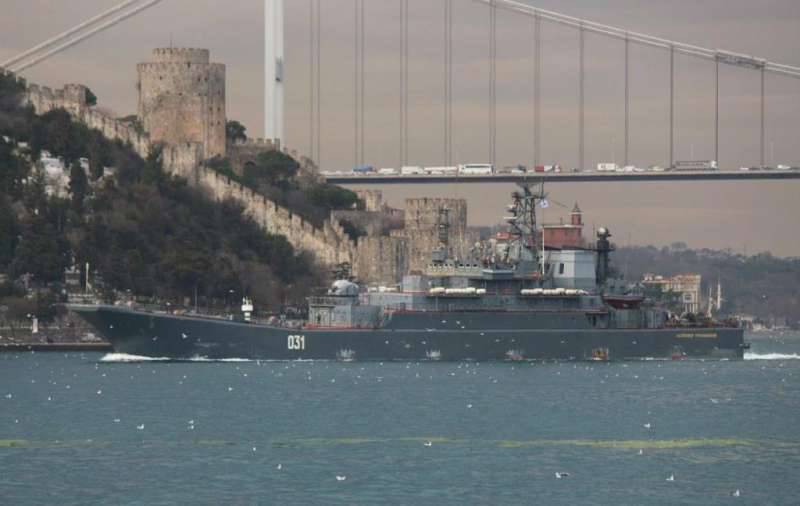 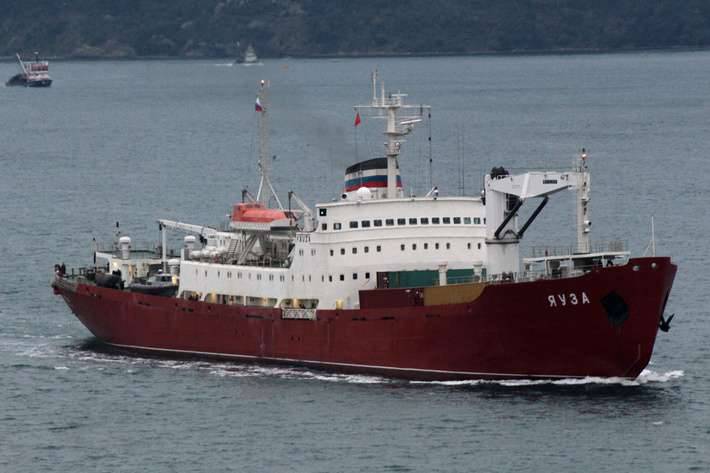 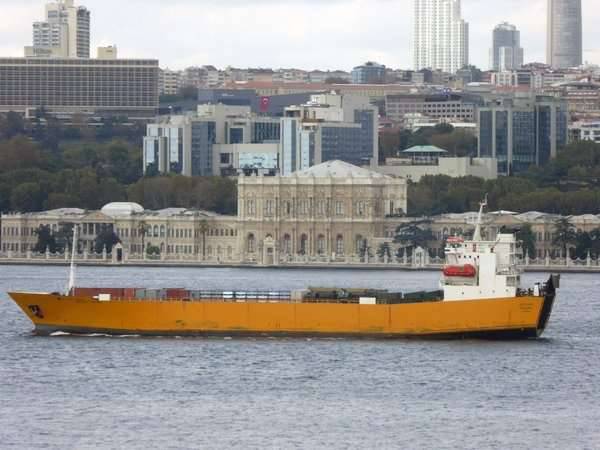 It is not surprising that a Syrian vessel was seen a couple of times on the route of the Syrian Express. 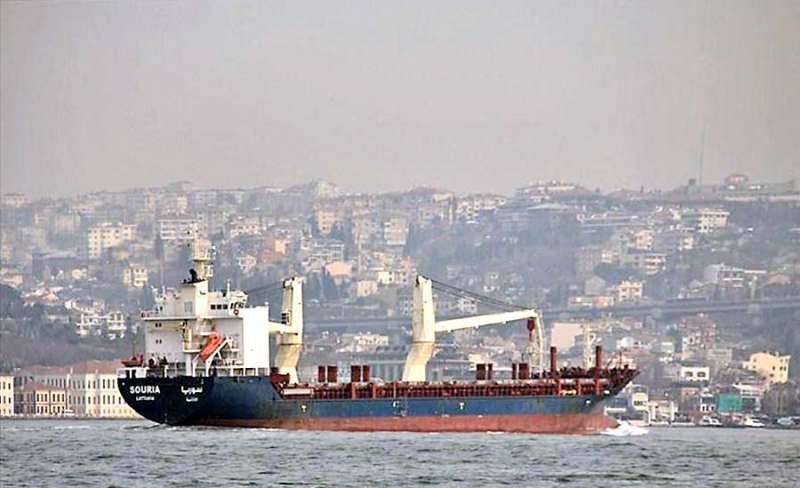 And for dessert - a real "detective". The ship "Novorossiysk" does not belong directly to Russia. Its owner is Turkey. The ship is leased to another “sea” power - the Republic of Palau, which is located somewhere between Indonesia and Australia.

However, on the ship you can see hastily shaded identification Turkish signs. Apparently, the glorious palauchans were so much in a hurry to help the just cause of combating international terrorism. For which many thanks to them! 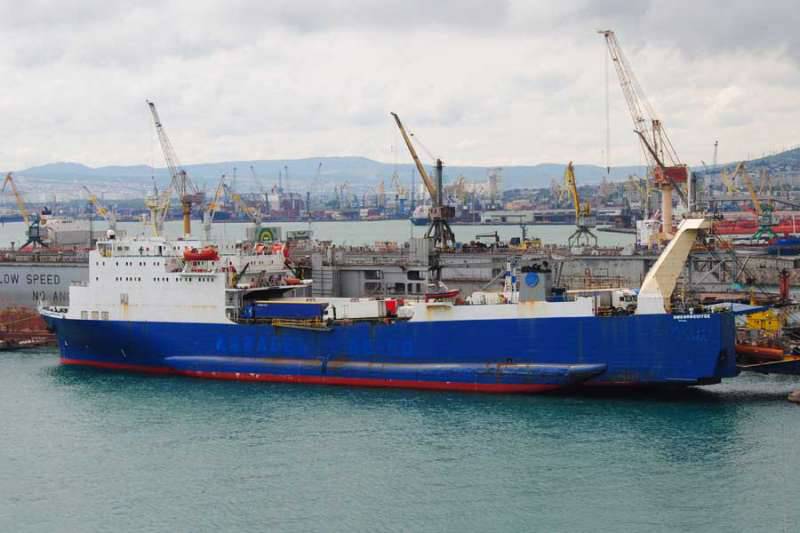 Ctrl Enter
Noticed oshЫbku Highlight text and press. Ctrl + Enter
We are
The oldest active ship of the Russian NavyThe large landing ship of the Black Sea Fleet of the Russian Federation "Caesar Kunikov" before the march
56 comments
Information
Dear reader, to leave comments on the publication, you must to register.