Will the bubble that Turkey inflates in Syria burst?

February 18 2016
62
The situation in the border areas of Syria is becoming explosive. Today, anyone who turns on the TV can see the real preparations for the invasion. But since this article is not news, it is possible that events will already occur at the time of its release. Many readers reproach me for not taking into account the latest news. Alas, I am a journalist, not a VO correspondent from the scene. And my business is to analyze the situation as I see it. 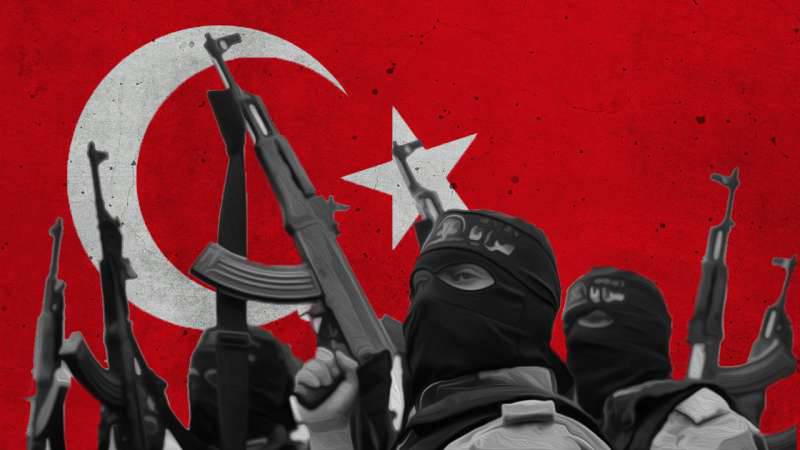 For the last two or three days, the information field is simply "boiling" from reports of hospitals bombed by the Russian Aerospace Forces, killed civilians, destroyed objects that have nothing to do with gangsters. There were reports of some new hospitals, "Doctors without Borders", about new refugee camps at the borders. On increasing the flow of these refugees to other countries. First of all, to Turkey.

The situation in the Aleppo area is so tense that no one perceives the shelling of 155-mm guns from Syrian territory from Turkish positions as a violation of international treaties. The world actually recognizes the de facto war of Turkey and Syria. Moreover, the German Chancellor stated the need to introduce a no-fly zone over this area. Ostensibly this stabilizes the situation.

Some journalists were quick to frighten readers of the possible appearance of Western air defense systems on the side of Turkey. Allegedly, Frau Merkel threatened such a supply. As it turned out, fiction. Merkel is talking only about diplomatic means of introduction. And, frankly, I don’t see the point of such supplies.

Turkey and its closest allies such as Qatar have fully modern air defense systems available. Moreover, their range is not inferior to the European. I will not list all the systems that Turkey, Qatar and Saudi Arabia today possess, but believe me, even Russia or the United States do not have such an assortment of names.

Will Syria and Russia agree to such an agreement? The probability is zero. The Syrian air forces and air forces are today the most important factor, even the guarantee of success for Assad’s forces. And even, to some extent, “ice” for Erdogan’s hot head. To lose Aviation he absolutely does not want to.

Hence the logical explanation for the emergence of new refugee camps in the border areas of Syria. I wrote about this in previous articles. Then it was an assumption. Today it is a fact. The Turks use the old, as the world, way to cover their troops. Hide behind the civilians. As once the fascists were hiding behind the locals during the attacks on the partisans.

By the way, part of the 2-th field army of Turkey is concentrated in the border town of Adana. The 6 Army Corps is ready to launch an offensive against Aleppo. It is an offensive, not a defense. What does the analysis of weapons and the location of parts of the body. The only thing holding Erdogan is that the existing air defense weapons cannot yet cover the hull. The offensive may choke at the moment of crossing the border. To drive ahead of the advancing units and subunits of the civilian population as a shield, not even Erdogan will decide.

Again I will touch on the topic of our T-90A. Those dozens of cars that operate today in Syria, “hit” the nerves of not only the Turks, but also the West. Even The Times published "tragic" material about the "death of the American TOW." Missiles released from this complex do not fall into Tanks. The Russians set up a system that makes smart rockets idiots.

And what is today the main thing for Erdogan? Will the offensive begin in the coming days? It seems to me that Erdogan will not start now. Not because he does not want. "Wishlist" has nothing to do with it. The situation is such that there seems to be no diplomatic solution to me. Ground operation will take place in any case.

The fact is that the Kurds have become a huge problem. If earlier the Kurdish problem was for Turkey a question of granting autonomy or some status to the Kurds, today we are talking about the real danger of the destruction of the Turkish state. On the creation of Kurdistan from areas densely populated by Kurds in Syria and Turkey. That is, today the union of Kurds in different countries is real. I think we will soon hear of serious casualties in these areas.

By the way. In the last article I wrote about jeeps that broke through to the territory of Syria. Already at the time of publication of the article video footage of their destruction appeared. What caused a certain euphoria among our readers. So, just information for consideration. According to Syrian intelligence reports, which were voiced by a representative of this service, recently (precisely after the “hike” of jeeps), the actions of Turkish special forces in the province of Aleppo and surrounding areas have sharply intensified.

What do we have on February 17? And we have a bubble. Bubble that is filled with aggression. And no one knows how many walls of this bubble can restrain this aggression. As practice shows, Erdogan and Davutoglu are politicians of little predictable. What is happening in their heads, today no one can say for sure. Probably even they themselves.

Again, the ground operation, more precisely, the clashes, the Turkish and Syrian troops can not be avoided. So, we should expect new steps by the West against the Russian videoconferencing and Russia as a whole. First of all, Western countries will close the sky for our aviation and cruise missiles. NATO ships will be pulled up to the location of Russian ships. The attacks on Russia at all diplomatic and information sites will sharply increase. Our internal patriots and liberals will shriek. The Internet will be littered with photos of the atrocities of the Syrian military in the liberated territories and weeping of refugees in border camps.

Russia will again try to "take on the weak." Let's see what and who succeeds.

Ctrl Enter
Noticed oshЫbku Highlight text and press. Ctrl + Enter
We are
ARMY-2016. Cluster VCS. Part of 2. Space is space!The new concept of the Russian Aerospace Force of the Russian Federation will include a radical response to the Turkish aggression against the Su-24M
62 comments
Information
Dear reader, to leave comments on the publication, you must to register.