Western civilization against the Soviet memory


In September 1944, the troops of the Third Ukrainian Front, commanded by Fyodor Ivanovich Tolbukhin (at that time army general), entered Bulgaria. Two weeks later, 12 September 1944, Fedor Ivanovich was given the military rank of Marshal of the Soviet Union. In addition to all previous achievements, Tolbukhin became a marshal for having cleared Bulgaria of the Nazis and their Bulgarian monarch-fascist minions in just one week, without losing a single soldier in battles. The Armistice Agreement with Bulgaria on October 28 1944 of the year provided that at the end of hostilities against Germany, the Bulgarian armed forces must be mobilized and placed under the control of the Allied Control Commission. Marshal Tolbukhin was appointed as its chairman. 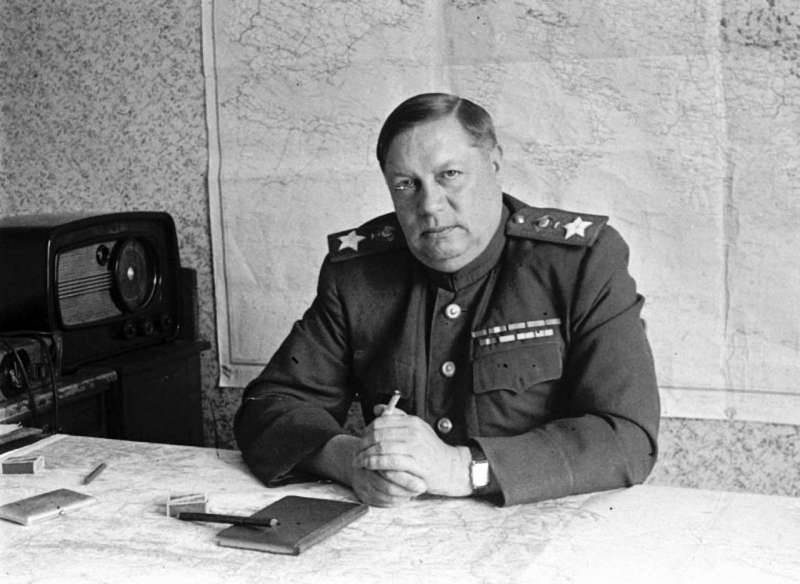 Marshal Tolbukhin in his office

The Soviet army left Bulgaria in 1947, and Fyodor Ivanovich became an honorary citizen of Dobrich back in 1946, a full year before the withdrawal of Soviet troops from the country. The Bulgarians were sincerely glad of the expulsion of the Nazis from the country and really wanted their homeland to be part of the Russian, not the Western world.

Fyodor Ivanovich left a good memory of himself in Bulgaria. Marshal died 17 on October 1949 in Moscow. Just a few days later, the Bulgarian city of Dobrich was named Tolbukhin. Many streets and squares throughout Bulgaria were named after the Stalinist marshal. There were also monuments to the Soviet commander.

In 1991, the USSR lost the Cold War and collapsed. West got the territory and resources of Eastern Europe. The propagandists of the European “Reich” immediately took up the formation of the “right mindset” of the newly acquired population. As in any war, the first, most terrible and crushing blow was dealt to the most important goals. In Bulgaria, such an outstanding goal was the memory of Marshal Tolbukhin.

25 September 1990. The city of Tolbukhin was renamed Dobrich. The bronze bust of Fyodor Ivanovich was pulled down from the pedestal in the center of the city and taken out to the back of the city administration. In 2000, some particularly “gifted” official came up with a “brilliant” idea to get money by selling a bronze bust for secondary processing of non-ferrous metals. So the monument turned out to be at the second-hand dump in the capital, Sofia, waiting for it to be melted down for door handles, ashtrays and other household items.

By this time, 11 years had passed since the beginning of the “triumph of democracy” and “exposing the true face” of the Soviet system and the USSR. All this time история The friendship between the People’s Republic of Bulgaria and the USSR was a battleground and the object of powerful propaganda attacks. According to the plan of sociologists and political scientists of the West, by the beginning of the 21 century, the Bulgarians should have already forgotten that they were once part of the Russian world. And if anyone remembered this story, it is only with fear, hatred and disgust. But it turned out differently. Patriotic Bulgarians not only did not succumb to Western propaganda, but they themselves fought and actively opposed it without any assistance from Russia or another leading center.

Upon learning that the monument to Marshal Tolbukhin was waiting for a smelting at a non-ferrous metal dump in Sofia, Bulgarian patriots became indignant. First of all, they established contact with the right people and found a way to postpone sawing and remelting. Then they began to think about options for salvation. It was too expensive to buy off a monument for the money for several people who are not part of any organization. To convince the European state to "forgive" the marshal and return the monument was impossible at all. Then the Bulgarians sent a telegram to Fyodor Ivanovich’s hometown, Yaroslavl. The Russians shouted something about little brothers who do not remember the old stuff, but they saved the monument. It cost the budget of Yaroslavl in the amount of about three and a half thousand dollars. Now it is installed on the square in the city of Tutaev.

This is a sad page from the history of Bulgaria already “civilized” in the European manner. That is how culture and civilization are understood in the new European Reich: uproot all the historical heritage in the newly acquired territories. To stone on stone is left. so that nothing would remind the Eastern European peoples that they are part of the Russian world. By the way, in the Third Reich in 1933 — 1945, they understood culture and civilization in the same way. 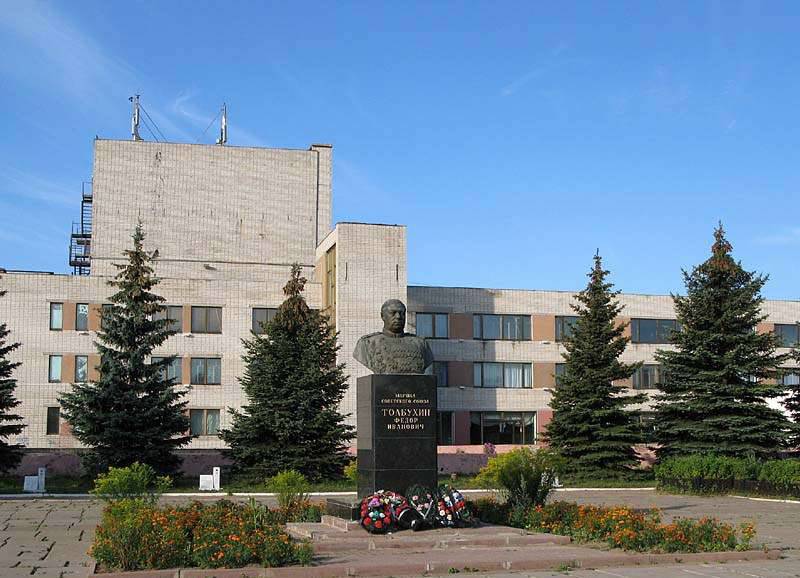 In the dashing 1990-e monument Tolbukhin in the city, named after him, was on the edge of the main attack. Old enemies in the new European Reich demolished a bronze bust and trampled down the pedestal in the dust. Similarly, in 1941, the enemies of the old Nazi Reich trampled Minsk, Bryansk, Smolensk, Kiev and Kharkov.

Neither in 1941 — 1944, nor in the 1990, and in the 2000, the Bulgarians did not sit with folded arms. In 1941 — 1944, Bulgarian patriots wrote and distributed leaflets, raised red flags on factory pipes and state institutions, burned warehouses and railway trains with goods intended for the Wehrmacht. From June 1941 to the end of 1942, the reports of the Bulgarian police in the country recorded an 521 operation against the Wehrmacht and its monarchist-fascist minions - armed attacks, sabotage, acts of sabotage, etc.

In the 1990 and in the 2000, the Bulgarians also put up a desperate resistance to the Western European invaders. They lived in tents around the Soviet monuments around the clock and guarded them with a living human chain to prevent their demolition and damage. Thus, the monument to the Soviet soldier Alyosha in Plovdiv, the monument to the Soviet Army in Sofia and many others were saved. Monuments, which could not be saved on pedestals, have been carefully preserved and now stand in the Museum of Socialist Art in Sofia. This is the first and so far the only place in the entire European Union, where samples of art created in the socialist era and thematically related to it are collected and exhibited.

In a real war, there are not only victories, but also defeats. Monument to Marshal Tolbukhin from the town of Dobrich, a monument to Lenin from the city of Plovdiv, a memorial bronze slab of captains-leith. A. Devyatko from Varna and other monuments were lost to Bulgaria. But dozens of other monuments survived. Each of them is part not only of the past, but also of the real military and political life of Bulgaria. It's been 26 years after the collapse of the USSR. There is a rabid propaganda against Russia. But the Bulgarian people remember the feat of the Soviet soldiers. Yes, sometimes the enemies with the spray can get to the monuments and arrange a provocation. Nevertheless, the monuments stand and tens of thousands of Bulgarians are ready to rise to their defense at any moment.

Ctrl Enter
Noticed oshЫbku Highlight text and press. Ctrl + Enter
We are
Artillery of the Korean People’s Army. Part of 3. Reactive systemsHistory of the Bulgarian Air Force. Part of 2. The Bulgarian Air Force in World War II (1939-1945)
64 comments
Information
Dear reader, to leave comments on the publication, you must to register.