February 19 2016
18
Keeping in our cabinets, cupboards and shelves porcelain cups, saucers and teapots with the famous “Cobalt mesh” pattern, we keep a very unusual reminder of the besieged days of Leningrad. 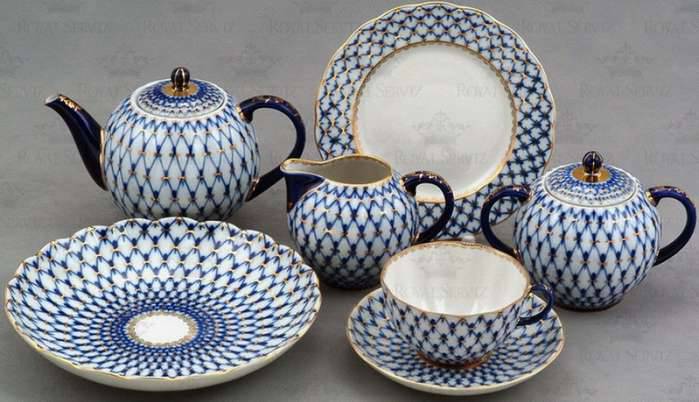 ... This delicate cold painting was “born” at the Lomonosov Porcelain Factory of Leningrad (today it is called the Imperial) in 1944, and today it has become its trademark design. Anna came up with his Adamovna Jackiewicz (1904-1952), a specialist young, artist of porcelain painting. In the thirties, Anna Adamovna graduated from the Leningrad Art and Industrial College, began working at the plant and gave it to work for twenty years. During her lifetime she was not a famous artist - the cobalt pattern was a great success after the death of Yatskevich. But at first it was not cobalt, but gold - and so released the first batch of services. But critically looking at the products, Anna Adamovna replaced gold with blue and painted the Tulip tea set in a blue tone.

It is believed that the idea of ​​a grid artist inspired by an old service, which in the middle of the eighteenth century made for the Empress Elizabeth Petrovna Dmitry Vinogradov himself, the founder of porcelain production in Russia. There was a similar service with Nicholas the First - it was made by order of the Austrian emperor. However, the similarity in these "related" paintings is very remote. 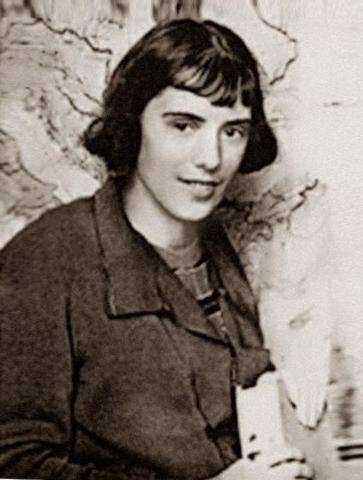 In addition, Anna Adamovna herself told about the creation of the “Cobalt net” differently. Born Leningradka, she held the blockade in his native city. And the whole blockade worked in my favorite factory. Young woman buried the dead from hunger sister and mother (his father died before the war), she lived on the Fontanka embankment. Before the war, Anna graduated from 34-th Soviet single labor school, then college. In addition to the profession of porcelain artist, she had the qualifications of a designer of books and posters. The internship took place in the city of Volkhov. Then she was sent to the Leningrad plant, where at that time they organized an art laboratory. Modest, hard-working, exemplary worker, Anna Adamovna not taken the opportunity to evacuate. Stayed in Leningrad. Engaged in camouflage ships - with conventional paints on porcelain remaining in stock at the factory. How should one master his art in order to make huge ships invisible to the enemy with a brush?

The windows of Leningrad houses glued in a criss-cross pattern once caught the attention of Anna Adamovna. Whether the spotlight somehow illuminated them in a special way, or the evening sun, only the geometric pattern suddenly seemed beautiful and strict to Anna, and she invented porcelain painting ... 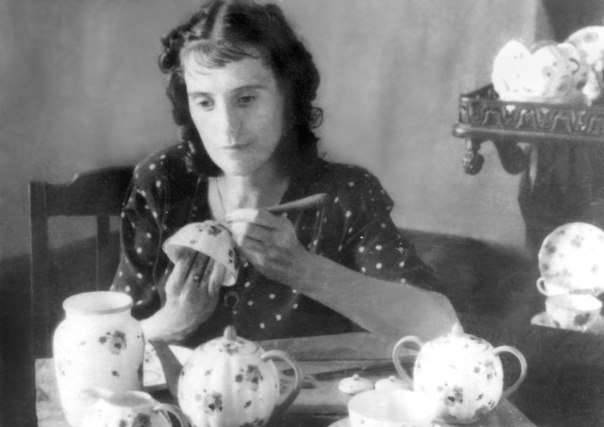 In 1943, the art lab began to resume its work. And in the difficult wartime this reminder pattern, frost pattern, hope pattern appeared. First, the artist performed it with a special cobalt pencil, the rod in it was a porcelain paint. The plant workers did not like such a pencil: the pattern was convex, lay unevenly. He undertook a novelty only Anna Adamovna. True, the "Cobalt net" was subsequently applied with ordinary paints.

The pattern turned out very beautiful, everyone liked it and was, so to speak, taken into service. But loud glory to the artist did not come - however, she was awarded the Order of the Red Star for innovation. The modest, inconspicuous Anna Adamovna continued to work. Painted vases and sets, inventing new patterns. She was one of the authors of the monumental vase "Victory" - the first anniversary of our victory over the Nazis. Masterfully performed portraits on porcelain - for example, a portrait of Kirov on a teapot from the Moscow Metro service.

In a paper in the Muse Izotova niece, who worked here, and colleagues I was focused life of the artist. She was loved by colleagues. So, in August 1945, Anna Adamovna received a letter from the artist of the Vorobevsky plant, who left the NKVD camp: “... I was especially pleased and I thank you for the true human participation that you, Protopopov, and many other laboratory comrades accepted when i was in the hospital. This attitude I will never forget, especially after three years in captivity, where I drank a full cup of misery - hunger, cold and exploitation. I am very pleased that you have made a number of successes in art. Try, try, success is achieved at the cost of great effort of creative forces and labor. I am surprised at the courage with which you endured inhuman suffering, painful hunger and cold of the blockade, and especially you, who have always been weak and pale. But now you are on the path to happiness, which I sincerely wish you ... "

In March, 1946, Anna Adamovna was awarded the medal "For Valiant Labor in the Great Patriotic War". Was she a medal "For the Defense of Leningrad".
And the Cobalt Mesh was released in a wide circulation in 1950 year. It was applied only with a brush, on the very porcelain they made special grooves so that the lines were smooth. The final version of the painting was performed by a student of Anna Adamovna Olga Dolgushina.

The artist Yatskevich was in poor health - who of the survivors of the blockade could boast of it? And every year Anna Adamovna traveled to the Caucasus, to New Athos. Went for health, for the hot sun, for the warmed southern air. But who among us knows where he will find luck, and where is the trouble hiding? It was there, in the Caucasus, the artist has caught a cold. And in 1952, she died in the forty-eighth year of her life ....

And in 1958, the World Porcelain Exhibition took place in Brussels. Leningrad plant has brought a huge collection of their best products. And, as it were, a line of current products was presented - mainly tea ware. She was not prepared specifically for the exhibition, the purpose of these things here was different: to show the breadth of the range, but do not hit the artistic skill. And suddenly the service with the “Cobalt Net” received the main award - a gold medal for the pattern and shape (and the shape came up with Seraphim Yakovlev). Soon, the designation was awarded the "Quality Mark of the USSR", which was extremely honorable. And began his triumphal march across the country ...

Anna Adamovna there is another figure, perhaps, no less famous than the "Cobalt net", unless otherwise instructed. This is the logo of the plant - LFZ. It is also made in blue tones with gold strokes. And known to everyone who has at least one item made at this factory. He is the only drawing by Anna Adamovna that she did not sign. In the remaining works, she labeled "A. Yatskevich" and the date. 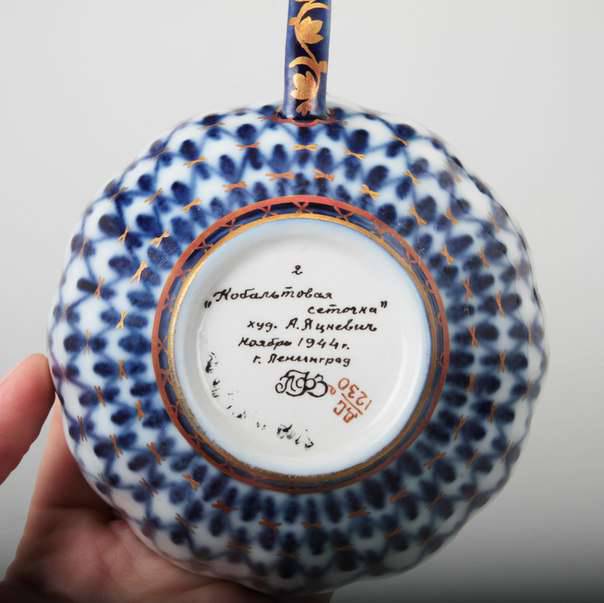 Ctrl Enter
Noticed oshЫbku Highlight text and press. Ctrl + Enter
We are
The quartering and arrangement of the army during the Russian-Japanese war 1904 – 1905.Russo-Japanese War 1904-1905's. State of the Russian fleet. Bad luck and missed opportunities
18 comments
Information
Dear reader, to leave comments on the publication, you must to register.