February 17 2016
52
In the area of ​​the settlement of Al-Bab (a few kilometers from Aleppo), the Syrian Air Force attacked the accumulation of military equipment and the positions of the terrorists of the so-called “Islamic State”. A few more attacks on the positions of Daesh militants (IS) Syrian aviation inflicted in the areas of the settlements of Jub-Gabsha and Tel-Alam.


According to the information agency Sana, destroyed at least 70 militants, about the same number were injured.

The military operation of the UAR army continues in Aleppo itself. Here, Syrian soldiers, together with the people's self-defense units, inflict one defeat after another on terrorists in the neighborhoods of Ar-Ramus, Ar-Rashidin and Al-Sakhur. Attacks on militant positions are also carried out in the north-east of the province of Aleppo. 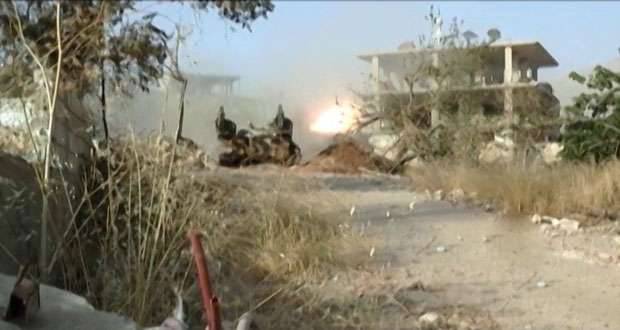 Information Agency TASS with reference to the SAR military command reports on the outbreak of the Syrian army in the area of ​​Kensaba. This is the last stronghold of militants in the northern part of the province of Latakia. The offensive is successful, and the Syrian soldiers, along with the Kurdish militia, took control of a key peak in the area - Tellet Ghazal. If the city of Kensaba is liberated from the militants, the border with Turkey in the Syrian province of Latakia will pass under the full control of the Syrian armed forces.

The TV channel "Al-Manar" reports that the Syrian army is advancing in the area of ​​the highway connecting Homs and the city of El-Qaryatain. The task of the SAR army is to cut off the militants located in the southern section of the highway from supply.