February 17 2016
52
Russian consultants, who began working with the Syrian army even before the start of the VKS operation, trained the servicemen in some new tactical methods of combat, reports Look with reference to the publication of the Strategy Page. 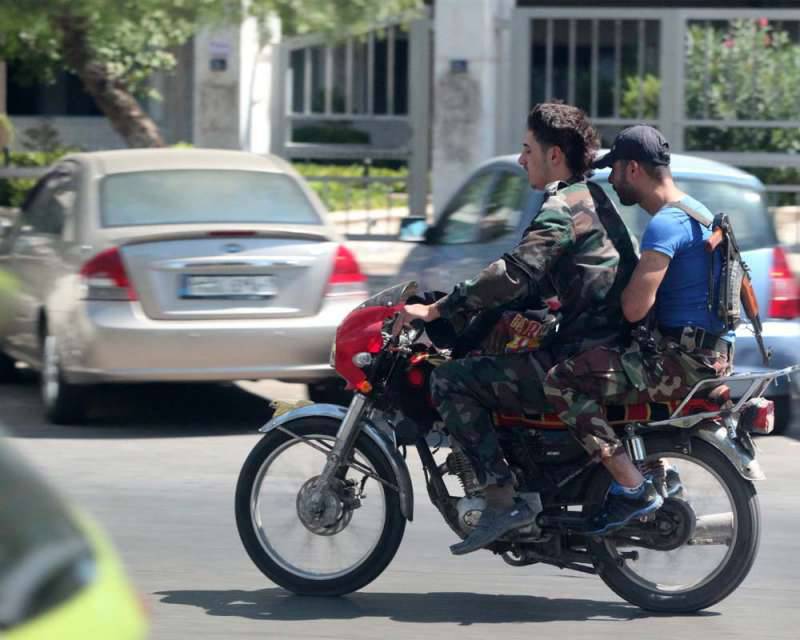 “One of the new methods simply adopted the tactics developed by Islamic terrorist groups in Syria, Iraq, Afghanistan and other countries and involving the use of motorcycles. Syrian troops often captured such devices from terrorists, but Russian advisers helped them gain from their use, ”the resource writes.

By the end of last year, the Syrian army already had hundreds of motorcycles.

“Rebels often use snipers around city blocks. Snipers were effective against cars that delivered food, ammunition, medical aid. But on motorcycles, Syrian troops can elude snipers, because these vehicles are too small and fast for shooters. Thanks to this, we managed to replenish stocks in places that were previously unavailable, ”the newspaper notes.

According to the resource, today "there are small units (two or three platoons, with 50 – 100 motorcycles) that can imitate the Islamists' favorite tactics — quick attacks that take the enemy off guard.”

Another technique is associated with wider use of UAVs. Now the army has much more drones, and their role in obtaining intelligence information can not be overestimated.

The third method introduced by Russians is to use GoPro cameras attached to armored vehicles and motorcycles. “Chambers are used in training and for analyzing troop effectiveness and explaining tactics. The video turned out to be quite useful - the offscreen commentary explains what exactly happens on the video, useful tips are given, and lessons are learned from what is happening on the screen, ”the author writes.

However, he notes that "the use of cameras is not a unique development: they were used by American troops in Iraq and Afghanistan since 2002,".

“However, the Syrians deserve praise for effectively adapting these old ideas to their current situation,” the resource concludes.

Ctrl Enter
Noticed oshЫbku Highlight text and press. Ctrl + Enter
We are
ARMY-2016. Cluster VCS. Part of 2. Space is space!Strategy Page about the reasons for the failure of the Syrian army
52 comments
Information
Dear reader, to leave comments on the publication, you must to register.