February 18 2016
48
The Americans, who are occasionally worried about the situation with migrants in Western Europe, recently made a remarkable discovery. It turns out that many of the migrants who were detained by the police in Cologne and other cities and are now accused of sexual harassment, will be able to avoid harsh punishment. In the Criminal Law of the Federal Republic of Germany there are plenty of loopholes for this sort of criminals. This was told to American journalists by German experts in law. 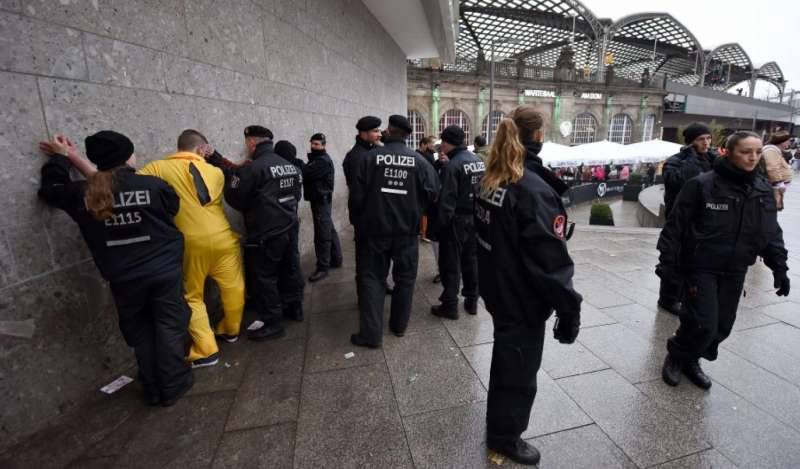 When dozens of men who are supposed to have raped women at the main train station in Cologne (Germany) on New Year's Eve, Chancellor Angela Merkel demanded a "hard answer" to the rapists, calling these incidents "disgusting." However, in reality, the punishments can be “quite mild”, writes Rick Noack in Washington Post.

“Until now, the German law regulating sexual crimes is far from being in line with modern standards, and I believe that in the foreseeable future it will remain unchanged,” says Christina Klemm, a German lawyer who specializes in sexual crimes.

Klemm and others say that German law makes it impossible to prosecute some sex offenders. The main problem is this: The Criminal Code of the Federal Republic of Germany considers the victim to be a victim only if she (or he) tried to defend herself during the harassment. All the salt in this "defense." You are protected by law only if you defend yourself.

Klemm represents a group of lawyers who are calling for the reform of the German Penal Code. Lawyers do not like those provisions of the law that apply now. If a woman is attacked, but does not attempt to defend herself, the court cannot consider the offender guilty. If the victim “only cries or screams, but is not physically protected,” then forcing her into sex “is not illegal,” Klemm explains.

True, there are some exceptions to this rule: an attack on those who are asleep or unconscious is necessarily punishable.

According to the German authorities, 160.000 rapes are committed in the country every year (!), But only 1.000 of them ends with a guilty verdict.

Other experts, the journalist notes, have shown great caution in interpreting German law.

Lawyer Joachim Renzikovski says that the interpretation of crimes is much more ambiguous than some say. Nevertheless, he agrees that there are certain loopholes that should be covered.

The European Union, in which Germany is a member, requires member states to punish any sexual acts under duress. Germany, however, has not yet ratified the relevant convention.

The authorities admit that they are aware of possible loopholes for sex offenders. The Ministry of Justice recently proposed amendments that would punish the rapists of the victims, who were attacked suddenly.

Many victims in Cologne, recalls an American journalist, were harassed by numerous individuals and did not have or had very little time to defend themselves.

It is known that 58 men were arrested.

In parallel with the German imperfect legislation, the Europeans are preoccupied with the new tolerance that the Muslim religious leaders who are registered in some European countries offer them to show.

We are talking about the lifestyle of migrants family life.

Claudio Cartaldo in the Il Giornale edition (source for short translation from Italian - "Inopressa") repeated the words of one imam, spoken to a Danish newspaper: “Put up with girls wives: this is the culture of migrants”.

Claudio Cartaldo is convinced that this imam decided to impose a new form of slavery on Europe - the marriage of underage girls.

Osama el-Saadi, the imam of the Aarhus mosque in Denmark, in an interview with a Danish newspaper made statements unacceptable for Western citizens, the journalist said in the article.

It is unlikely that in Europe they will support the need to legalize marriage with underage girls, and therefore the well-known Danish Muslim leader made a public statement. He simply called on the government to come to terms with the existence of girls-wives: after all, this practice exists in the culture of migrants who come to the country.

“According to the imam, migrants flooding Europe usually take girls as wives, and Western countries should accept this. Inhuman practice, quotes the article "Foreign Press." “But, given that this is a“ culture, ”we are supposed to accept it.”

According to Imam, it should be considered a blessing that a man marries a girl: he ensures her stability. Given the situation in the refugee camps, this is good.

This religious leader turned to the public after the Danish government announced its intention to dissolve the marriages of minor girls with their older husbands. The Danish refugee reception system recorded up to twenty-seven victims of forced marriage.

Everything that happens, we will add from ourselves, speaks in favor of the opinions of those Western experts who believe that migrants do not intend to assimilate into those countries where they arrive and share the values ​​of local peoples. On the contrary, with an increasing number of them, the “refugees” themselves will impose their own “culture” on the recipient countries and force the authorities to accept their customs.

Ctrl Enter
Noticed oshЫbku Highlight text and press. Ctrl + Enter
We are
"Sylvester" Germany will not save? Why security enhancement is not able to drastically change the situationRaped Europe. What awaits Germany and other countries after the "fun night in Cologne"
48 comments
Information
Dear reader, to leave comments on the publication, you must to register.