February 17 2016
99
In Ukrainian schools, after the "celebration" of the second anniversary of the mayhem on Independence, they are going to somehow change the school curriculum. Now Ukrainian students will study a special section. stories, which is called "Questions of the occupation of the Crimea." About this on his page on the social network Facebook writes such a lady as Emine Dzheppar, who holds the position of adviser to the Minister of Information Policy of Ukraine.
From the note Jappar:

From February 26 in Ukrainian schools will be lessons on the events of February - March 2014 of the year in the Crimea. The goal of the lesson in high school is to tell and show the civilian resistance of the Crimea occupation and dispel the myth that the Crimea fully supported the Russian invasion and the seizure of Ukrainian territory. 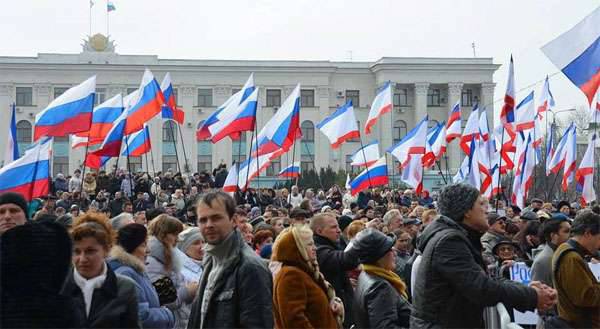 The project of introducing the “occupation issues of the Crimea” into the school course will be presented to the Government of Ukraine today.

Ctrl Enter
Noticed oshЫbku Highlight text and press. Ctrl + Enter
We are
Results of the week. “While the enemy draws attack maps, we change landscapes, and manually”
99 comments
Information
Dear reader, to leave comments on the publication, you must to register.