February 18 2016
52
The reasons for the defeat of the Syrian army were visible to the naked eye.


Now that the SAR army has won a number of victories, freed several strategically important settlements and cities, it is possible to take a more objective look at the actions of the Syrian troops, to understand the reasons for their past failures. As, however, and to analyze the tactics of the actions of the enemy. Why, even with the support of the Russian VKS, the Syrian military for a long time could not achieve serious success?

In discussing issues of big strategy, what is happening at the grassroots, tactical level of war is often overlooked. Certain observations of the actions of the Syrian Arab army were made by the author of these lines in the north of Latakia, in the mountainous region of Nabiyunis in November 2015.

Shoulder to shoulder did not work

The mountains of this area are covered with sparse vegetation, the slopes are clearly visible, which certainly hampered the advancement of the Syrian troops. But the main thing that caught my eye was that the units of the CAA did not represent a cohesive fighting force capable of carrying out operations based on the interaction of various combat arms. I do not want to repeat what was said by Colonel of the American Army retired Norvel De Atkin in his work “Why Arabs Lose Wars” (Why Arabs Lose Wars), published 1999 in December in the Middle East Quarterly No. 4, but he, I think, noticed one of the reasons. The traditional hierarchical culture of the Arab societies, in particular the habit of relying only on people from the closest (often family or tribal) circle, leads to the extreme difficulty or even the impossibility of working out and implementing in battle the interaction between units and subunits. Unfortunately, we have to state that the formations seen in the Nabijnis area are not the army, but at best, the militia of the male weapons. Tanks and infantry fighting vehicles were used extremely inefficiently. There was no connection between infantry and armored vehicles, which did not allow for the establishment of elementary interaction. Armored vehicles, if it was on the same footing with the infantry, operated outside the situation and space. Even when there was every opportunity to support the infantry units, in most cases this was not done. Tankers, justifying themselves, alluded to the fact that they could only accept instructions for moving or opening fire from their superior commanders. But it was not possible to find them at the right moment.

There was not even a hint of coordinated action between the infantry units. Each commander was guided by his own concepts, did not react to the neighbors' requests for help. I had to be an eyewitness to the situation when even his soldiers, who had fallen into a difficult situation, the battalion commander did not try to help, remaining fairly calm, if not indifferent to what was happening.

When the forward detachment of ten Syrian soldiers seized a skyscraper, in order to consolidate the results, it was necessary to tighten the reserves and equip defensive positions on it. Instead, the battalion stubbornly caused artillery fire across the squares, without giving exact coordinates. Soldiers thrown to a height, in fact, remained without cover and, having spent ammunition, were forced to leave positions with losses.

To characterize the level of training of military personnel, it is worth giving such an eloquent example. The commander of the Syrian company, with whom he had the opportunity to talk, seriously argued that with the help of fire from the AHU he could specify targets for artillery, located a dozen kilometers from the scene, in the absence of gunners in the area of ​​the clash.

Topographic maps in the divisions of the Syrian army - a rare phenomenon. Many commanders use primitive schemes drawn on notebook sheets.

Even having GPS navigators in the unit, the officers do not use them. Either they do not know how to use it, or they understand that the announcement of their exact position will not allow them to lie to the higher command about their whereabouts.

The level of performance discipline left much to be desired. Commanders, it seems, were afraid of the soldiers. And those, the impression was made, at presentation of the big requirements could just run up.

The inability to organize the advancement of the Syrian military is often attributed to the fact that militants built deep caves and long-term firing points of concrete. However, this did not always correspond to reality - on the heights inspected by me already defeated from the enemy, no major defensive structures were found. Occasionally there were trenches with an incomplete profile and stone overlays laid out for stone for positions designed for one or two shooters.

If you try to reconstruct the defensive tactics of anti-government units to maintain heights, then its concept is based on the inability of the attackers to cling to the firing shaft, adjusted for terrain conditions. 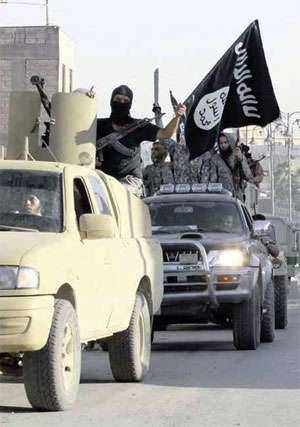 In turn, the enemy CAA was well equipped with motorcycles and passenger vehicles of high cross. It is clear that when planes appear or at the beginning of the shelling, the militants take off and in a matter of minutes take the personnel out of the strike. And then quickly come back. Along the way, they identify themselves with shots from small arms, which creates the appearance of resistance, misleads about the presence of defenders in positions and thereby slows down the advancement of government troops.

In some cases, gunmen appeared on the processed aviation positions in 5-10 minutes. But during this time, not a single infantry unit of the SAA managed to overcome the neutral zone. Ultimately, with the approach of government troops, the rebels managed to restore battle formations and were met with dense fire.

Thus, the enemy preferred to use tactics of maneuvering defense and, with an obvious superiority of forces, did not depart from heights in his favor, he began to immediately process the positions left behind from artillery and mortars at the previously adjusted points. The speed of opening fire and the accuracy of hits spoke about it. In such situations, the Syrian infantry, suffering losses, was forced to retreat from the positions they had just occupied.

The active use of improvised vehicles (motorcycles, jeeps) greatly facilitated the enemy's use of well-disguised firing points. Militants were brought to them "unpredictably" and just as suddenly removed them from positions. Thanks to such “wandering” firing points, the enemy's defense configuration, even in field conditions, always remained for the Syrian military not fully revealed.

Against this background, the Syrian army looked inactive, sluggish. Having no experience of maneuvering actions, she significantly lost to the opposing side in mobility.

What tactical countermeasures could be taken to counter the above tactics of militants? In the divisions of the CAA a sufficient number of vehicles of high cross with mounted on them large-caliber machine guns such as DShK. But for the most part they are used as a traveling, for infantry fire support is used extremely rarely. Including due to the fact that in the mountains it is difficult to find a comfortable position for shooting from a car. But equipping them with AGS, “Cliff” type machine guns or anti-tank guided missiles, which are easy to remove and use in infantry ranks, could fix the situation.

It is worth thinking about a more effective use in the infantry ranks of observers-gunners, working directly with armored vehicles. They could become eyes and ears for tank units. Such a symbiosis would make it possible to increase the effectiveness of combat vehicles, and for infantry to receive powerful and mobile fire support.

The reason for the problems, it seems, is also in the fact that in November 2015, the Syrian military, unfortunately, did not see the habit of systematically engaged in combat training, coordinating units. You should pay attention to it today.

Since Russia was directly involved in the conflict, our advisers and military experts are there, these problems of the Syrian army could not ignore our instructors, specialists, and the leadership of the Russian Aerospace Force. After all, the SAR army at that time could only to a limited extent use the results of the bombing of Russian aviation.

Judging by today's successes of the Syrian military, the conclusions have been made. But this does not mean that all problems are solved. The training of SAR servicemen requires further improvement. If the level is not raised, then this factor will ultimately not allow solving the tasks set in the near future. And drawing in a war of many years is not in our interests.

Ctrl Enter
Noticed oshЫbku Highlight text and press. Ctrl + Enter
We are
About Stalin and KhrushchevOleg Valetsky about the wars in the Balkans, their causes and Russian volunteers
52 comments
Information
Dear reader, to leave comments on the publication, you must to register.