February 17 2016
38
Hybrid warfare is notable for its exceptional variety of methods and forms.


Taking into account the experience of wars, it can be stated that the generalized goal of any of them is to deprive the enemy of the ability to resist. Having lost it, the aggressor refuses to continue the hostilities. The victim admits his defeat until the complete surrender, loss of sovereignty and disappearance from the political map of the world.

The goals of the war are achievable by influencing certain spheres of society. But a single approach to their classification, universal in relation to various areas of research, is not found. Although if we consider society in the most comprehensive representation, then the spheres of its life are reduced to three main ones: information and spiritual production, economics and security.

It is proposed to include everything related to the production of the intangible from the various ideological and religious systems to the natural sciences, culture and art. The second is the creation of material products - from agriculture and the extraction of raw materials to the most high-tech industries. The third area includes providing protection against possible threats - from military to natural and environmental. Socio-political and other aspects of the regulation of public, state and international activities relate to the field of management, covering all three of these areas.

With this classification, there are three main ways to achieve the goal of war: the destruction of the information and spiritual sphere, the economy and security. According to these main paths, there are three functional classes of wars.

The suppression wars imply the defeat of the informational and spiritual sphere of society’s activities in its various manifestations, as a result of which the nation loses its ability for further resistance. It is suppressed - hence the name.

Wars of strangulation involve the defeat of the enemy's economy. As a result, his ability to continue waging war due to the destruction of the material basis is lost. Opponent "strangled."

Wars of destruction involve the destruction of the security system in all or the most critical areas of this activity.

One could single out wars aimed at defeating exclusively the sphere of government of the enemy and society. However historical experience does not provide sufficiently effective examples.

Naturally, in any real war, opponents use all disposable means of waging it, trying to realize all the possibilities. However, always one of the available ways to achieve victory is distinguished as the main one.

The defeat of a certain sphere of social activity is achieved by the impact on a certain set of objects. And no matter what kind of tool is used. In this understanding, it will quite accurately coincide with the concept of the method in the general philosophical sense. Here it is correct to apply the term "method of warfare".

Proceeding from this, in the classical version, the war of repression is reduced to intimidating the enemy’s population by destroying it and destroying the residential infrastructure. It is assumed that as a result, the will to resist must be undermined. This is a typical terrorist war. It is precisely this group of various Islamist groups that lead them, directing martyrs to kill civilians. The same war was waged by the USA and Great Britain in 1943 – 1945 against Germany, wiping out German cities. To this end, nuclear strikes were made on Hiroshima and Nagasaki.

Economic strangulation in classical wars is achieved mainly by two main methods: the destruction of the enemy’s production facilities and the violation of his communications. It was this kind of war that Germany waged against England in 1939 – 1945, disrupting her naval communications in the Battle of the Atlantic.

However, as a rule, the armed forces of all countries of the world are preparing to wage wars of destruction first and foremost. It was the defeat of the main Wehrmacht groups by the Soviet army that ultimately decided the outcome of the Second World War.

The range of possible methods of conducting classical wars is very narrow. This is due to the limitations of the tools used. Much more varied methods of hybrid wars, in which all spheres of society are involved, and the aggressor and the defending side. 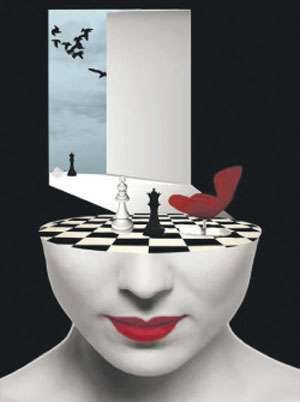 In the information and spiritual plan stand out:

1. War dehumanization. This is a method aimed at the destruction of the system of moral foundations of society with the imposition of alternative, that is, anti-human values. A dehumanized society is prone to self-destruction. This is facilitated by increased internal conflict and the loss of most of the system of information exchange between generations, as well as different strata. The consequences are the weakening of the development potential and the loss of the foundations of self-preservation, including the ability to resist external expansion. However, the desired effect for the aggressor is achieved for very long periods of time. By experience (including the USSR), a strategic result is achieved in two to three generations or more. However, it can be radical - the complete destruction of a dehumanized society (taking into account external influence by other influences).

2. Wars of de-intellectualization are aimed at the destruction of the scientific and technological part of the spiritual sphere. This is a very diverse area, including the educational system. The consequence of such wars is the loss of the intellectual base of society, the rollback to the margins of the technological development of the world, the inability to ensure their security from more advanced opponents. However, in this case, the effect required for an aggressor is achieved in very long periods of time — in two or three generations.

3. The wars of atomization and disorientation are aimed at replacing the community values ​​of serving the fatherland with the primacy of individualism, at diluting the notions of good and evil, imposing quasi-religious and pseudoscientific ideological schemes. As a result, society loses its spiritual integrity, breaking up into many small groups and layers that are not capable of joint activities. Accordingly, the ability to resist the external aggressor is leveled. But to achieve a strategic effect, again, it takes quite a long time.

4. Wars of cosmopolitanization of the enemy’s population are focused on the destruction of national values ​​and their replacement with foreign ones, primarily imposed by the aggressor. The history and culture of the victim country are discredited. As a result, the nation even loses its desire to resist a direct military invasion.

5. War of intimidation is still relevant. Moreover, they are becoming more diverse. Sometimes such a war has the immediate aim of presenting measures aimed at enslaving the people as a means necessary to eliminate the threat of terrorism. Such wars can achieve a strategically significant result in a fairly short time.

Methods of hybrid warfare in the economic sphere, as the analysis shows, it is advisable to classify on the basis of the changes introduced in the monetary system of the enemy as a whole. The material basis of the country's sovereignty in an enlarged view can be destroyed by transferring assets to foreign ownership, disrupting the integrity of the single national economic complex, eliminating or reprofiling key industries that ensure the advanced nature of production and, finally, by direct destruction of facilities and meaningful communications. Accordingly, hybrid wars are singled out for the de-sovereignty of the economy, its disintegration, primitivization and the strangulation well known from history.

In the first case, in addition to the seizure of property by foreign “investors” and domestic cosmopolitanly oriented capital, the goal of integrating the aggressor into a subordinate position in the economic system with the destruction of industries that provide for self-development can be pursued.

The disintegration wars are aimed at crushing the country's national economic complex into many competing, technologically and organizationally unrelated elements, each of which is incapable of large-scale, highly efficient production, with destruction or weakening to a critical level of a nationwide regulatory system. As a result, the country is no longer able to supply itself with vital products even at the minimum level, that is, it is unable to provide materially with resistance to the aggressor.

The wars on the primitivization of the economy are aimed at eliminating the high-tech industry base. Such enterprises often produce literally piece products or are adapted to very strict requirements. Using different tools, in particular market mechanisms, they are repurposed or simply destroyed. So Russia has lost most of the high-tech groundwork, inherited from the USSR, and turned into a raw material power.

Financial, sanctioning and other formally non-military instruments work much more efficiently than traditional weapons to destroy the economy of the enemy.

The diversity of methods of conducting hybrid wars implies their integration into practice. But at each stage of such a war, as a rule, priority is given to any one or several. The actions of the preceding stages should create favorable conditions for the subsequent ones. It is the distribution of methods according to objectives, place, time and objects that determines the method of conducting hybrid warfare. But this is another topic.

Ctrl Enter
Noticed oshЫbku Highlight text and press. Ctrl + Enter
We are
Hybrid War: Interpretation and RealityMilitary reform as an integral part of the security concept of the Russian Federation: Systematic dynamic assessment
38 comments
Information
Dear reader, to leave comments on the publication, you must to register.