Yashchenko: Kiev has transferred an anti-aircraft complex and German self-propelled howitzers to Donbass

February 16 2016
186
APU redeployed to the contact line in the ATO zone the anti-aircraft complex Strela-10 and around 30-ti self-propelled howitzers PzH 2000, transmits RIA News a message from the representative of the military department of the LPR Igor Yaschenko. 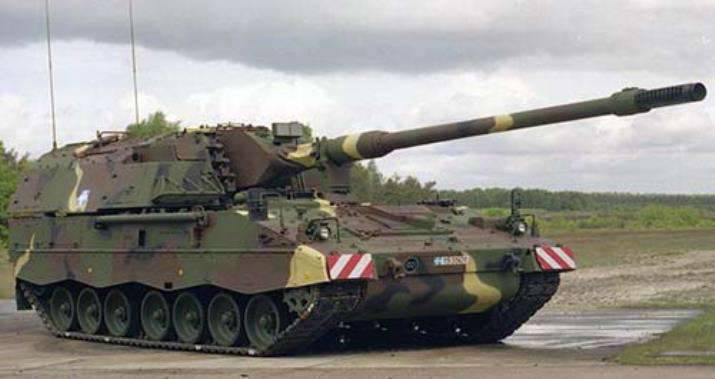 “According to our intelligence, the location of the Strela-10 anti-aircraft missile system is located in the area of ​​the Chuginka settlement. Also, a train with German self-propelled howitzers PzH 59 with more than 2000 units arrived in the settlement Krasny Liman of the Donetsk region for armament of the 30-th separate motorized infantry brigade of the Armed Forces of Ukraine.
said Yaschenko to Lugansk news agency.

He noted that “the situation in the area of ​​responsibility of the People’s Militia has not changed significantly and is characterized as stable and tense”.

According to Yashchenko, “over the past 24 hours, the Kiev security forces violated the cease-fire regime three times, using the weapons prohibited by the Minsk agreements”.

“Thus, the Ukrainian punishers continue to consider the forceful solution to the conflict in the Donbass as the main one, and also use the cease-fire regime to increase their military potential, actively using the help of foreign partners,” he stressed.

Ctrl Enter
Noticed oshЫbku Highlight text and press. Ctrl + Enter
We are
Weekly summary (30 January-5 February) on the military and social situation in the DPR from the military officer "Mag"Misadventures and problems of Indian artillery
186 comments
Information
Dear reader, to leave comments on the publication, you must to register.