The Boston Globe: Russia, thank you!

February 17 2016
36
The view is increasingly expressed about the poor prospects of current conflicts in the Middle East. It is argued that the conflict in Syria and the fight against terrorism, due to certain circumstances, could escalate into World War III with corresponding consequences. However, there is an alternative view. The current situation requires cooperation from different countries and pushes them to improve relations. This occasion is probably worth taking advantage of.


13 in February, the American edition of The Boston Globe published in the “opinions” section an article by Stephen Kinser “On Syria: Thank you, Russia!” (“Syria: Russia, thank you!”). S. Kinser is a senior fellow at the Watson Institute for International Affairs at Brown University and is involved in international politics. He reviewed the current situation in Syria and made some conclusions about the prospects for the conflict, as well as the relationship between the United States and Russia. As can be seen from the title, S. Kinzer has a reason to thank Russia for some valuable lessons.

The article begins with a statement of fact. Moscow once again showed its ability to make the right strategic choice and again bypassed Washington. Russia is not an ideal partner of the United States, but the interests of the two countries often coincide. In such cases, according to the author, the Americans should forget the hostility of the Cold War times and work with the former likely adversary. The best place to start such cooperation will be Syria. 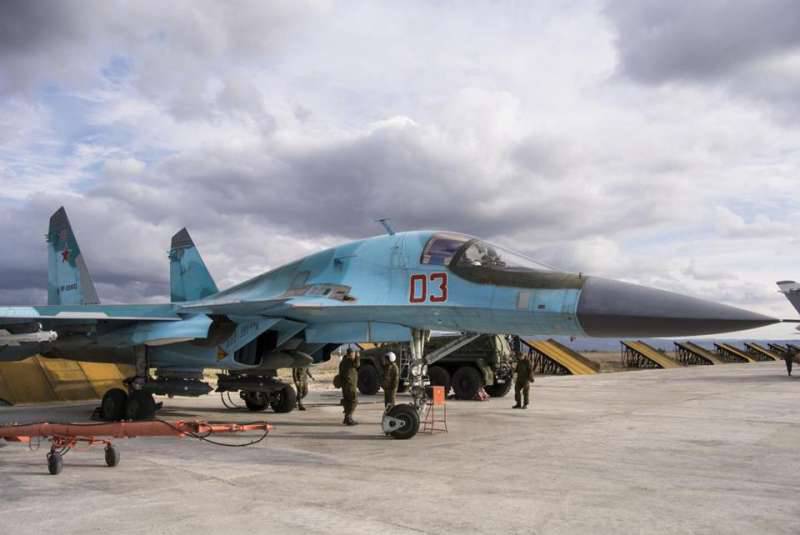 S. Kinzer recalls that the American policy towards Syria from the very beginning of the civil war was shameful. Back in the beginning of the conflict, Washington determined its position: Bashar Asad must leave. This position has led to the loss of the possibility of a peaceful resolution of the conflict, since the motivation to negotiate with opposition groups has disappeared. This opinion of the American authorities to some extent helped Syria to plunge into the bloody nightmare of the civil war.

Russia, the author recalls, has repeatedly suffered from terrorist acts perpetrated by Islamist fanatics. In addition, the current chaos in Syria is a danger to Russia in terms of the spread of terrorism. Based on these considerations, Moscow has formed its point of view on the conflict, which should be adopted by the United States. The main task of foreign countries is to prevent the fall of the power of B. Assad and his allies. Only then will it be possible to form a new political regime in which the current president and people loyal to him will be represented. Then you should start working on a cease-fire.

The fall of B. Assad can lead to the most negative consequences. The disappearance of the current regime will lead to the formation of a vacuum of power, which, as practice shows, is a particular danger. Iraq and Libya have already fallen into a similar situation, which, among other things, has made them a real haven for terrorists. A repetition of this situation in Syria is a danger not only for Iran or Russia, but also for the United States. S. Kinzer believes that Americans should recognize this common interest and also join forces with other countries that have the same goals.

Such a proposal looks logical and reasonable, but is unlikely to find support among the American authorities. The fact is that it contradicts the basic foreign policy "commandment" of the United States, which the Republicans and the Democrats adhere to. This commandment is simple: Russia is the enemy, so everything that benefits it is against US interests. The same applies to Iran, and in his case, this phenomenon is large scale. S. Kinzer believes that Washington should no longer cling to outdated mantras in the style of "for us or against us." The authorities should understand that contradictions in some issues do not exclude agreement and cooperation in others. Russia in the current situation is an ideal example of such an approach to business.

The author notes that the United States could be a safer country and more conducive to world peace if they took the example of the Russian foreign policy of the past. For example, in the late eighties, Moscow brought loyal Mohammad Najibullah, who served as president of the country from 1987 to 1992, to power in Afghanistan. S. Kinzer calls this power the most honest and progressive for all history Afghanistan, especially in comparison with the new rulers, who not without American support overthrew M. Najibullah.

Later, Russia called on the US not to invade Iraq and not to crush the regime of Saddam Hussein in order to avoid negative consequences. As practice has shown, both times the policies of the USSR and Russia were right. In Syria, according to the author, Russia is right for the third time. Moscow proposes to maintain the power of B. Asad, which, for all its shortcomings, at the moment is best suited to American interests. In fact, an alternative to B. Assad is the terrorist “caliphate” from the Mediterranean Sea to the Tigris River.

The author believes that the current conflict cannot have a military solution. The continuation of hostilities only leads to new bloodshed and new deaths. Russia intends to end the war through negotiations. The United States does not agree to this, because their so-called friends from the Middle East want to continue the war. They expect to stretch the conflict, pursuing their own interests. However, this development is not in the interests of Washington.

Opposition groups in Syria, supported by Washington without much enthusiasm, refuse to negotiate and do not want to cease fire. By sharing and endorsing this position, the United States contributes to the continuation and dragging out of the conflict without any real prospects for ending it. Instead, negotiations should begin, the purpose of which is to establish a new government. Russia and the United States should support this way of ending the war. Only he can lead to peace.

Stephen Kinzer argues that for the United States it doesn’t matter how much Bashar Assad will remain in power. In the current situation, it is important to only weaken the strongest terrorist organizations. The fight against these forces is also in the sphere of interests of Russia and Iran. It is necessary to recognize these interests and to cooperate with other countries that share the views of the United States on the problem of combating terrorism.

Refusal to cooperate with Russia at the reflex level returns the United States to the long-standing era. In addition, it does not allow taking decisive steps to solve the Syrian problem. This policy also affects Europe. Not so long ago, the administration of Barack Obama announced that in the near future, the cost of deploying troops near the Russian border will be quadrupled. The answer to this was the teachings of the Russian armed forces in the west of the country, including the borders of Ukraine. Tensions in the region develop in a spiral, but ignore the fact that the security of Europe is simply impossible without active Russian participation.

The author believes that the US refusal to cooperate with Russia harms the United States itself more. At the same time, the beginning of cooperation in the field of global security will bring positive results to both countries. S. Kinzer considers Syria to be the best place to start such cooperation. The Russian strategy in this region is now based on several key provisions: it is the fight against terrorist organizations, the defense of B. Assad and the cease-fire, which in one form or another will allow the current government to be maintained. Despite all the shortcomings, such a strategy is not the worst possible solution to the existing problem. While Washington refuses to recognize and accept the strategy of Moscow, the war continues in Syria and people are dying.

The Syrian conflict has long ceased to be an ordinary civil war. Syria has become a field for the clash of interests of several countries that claim to be regional and global leaders. By supporting those or other armed formations, third countries are trying to solve their geopolitical problems, regardless of the independence of Syria or the lives of its citizens. All attempts to resolve the situation and end the conflict have not yet led to the expected results.

Stephen Kinzer expresses an interesting idea regarding the reasons that the leading countries of the world are still unable to form a unified and common position on the conflict, which will make it possible to stop the fighting and return Syria to a peaceful life. The reason is simple - at the beginning of the war the United States determined its position and now do not want to change it, still demanding the departure of Bashar al-Assad. Any alternative offers are rejected.

An additional factor contributing to the rejection of other proposals is the main “commandment” of American policy. Russia, just as several decades ago, is considered the main adversary, whose opinion cannot be listened to. Thus, even the compromise proposals expressed by Moscow are immediately rejected by Washington simply because of its origin. The essence of these proposals is ignored.

The way out of the current situation, according to the author of The Boston Globe, could be a change in the views of official Washington and the adoption of Russia's proposals. By acting together, the two large countries and their allies could bring the situation to an acceptable form, and then end the conflict and contribute to the construction of a new state system and the restoration of Syria. However, this is not happening because of the main foreign policy "commandment". We should not forget the position of the third countries of the Middle East, which in one form or another help the parties to the Syrian conflict and thereby carry out their own policies by continuing the war.

S. Kinzer admits that over the past few decades, Russia has repeatedly demonstrated the correct approach to international politics. Practice has shown several times that other countries should listen to the Russian position, otherwise there is a risk of negative unforeseen consequences. Apparently, one should listen in the case of Syria. Thus, Russia regularly presents lessons to foreign countries, and for this it should be thanked. Such gratitude is in the title of the publication.

Ctrl Enter
Noticed oshЫbku Highlight text and press. Ctrl + Enter
We are
The fight against terrorism. An inside look (blog of Ingushetia special forces)Putin's geopolitical chess with Washington in Syria and Eurasia (“voltairenet.org”, France)
36 comments
Information
Dear reader, to leave comments on the publication, you must to register.