In Singapore, will demonstrate a new modification of the Su-30 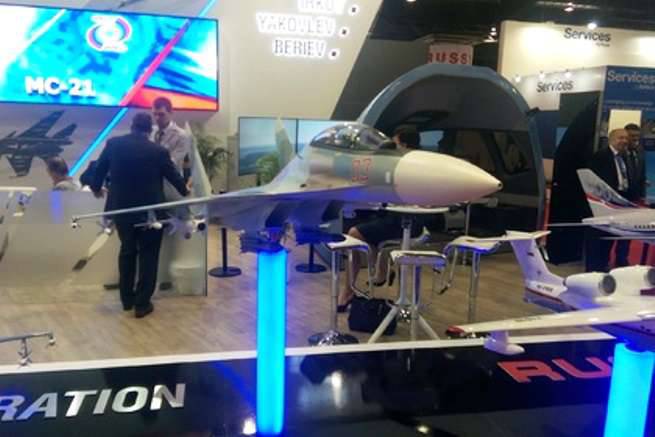 According to a publication citing a source in the industry, “the Su-30SME fighter is an improved export version of the Su-30SM aircraft for the Russian Air Force, in turn, created on the basis of the Su-30MKI export aircraft. The prototype of the latter was the Su-30 interceptor, designed for aviation USSR Air Defense Forces. "

According to the interlocutor, "the main difference between this export vehicle is domestic avionics, it does not use French components, unlike MKI."

He also noted that "the possibilities of onboard electronics have increased markedly."

"The first buyers of the new machine may become the Air Force of Malaysia, Algeria is also interested in Iran in the updated Su-30," he added.

Ctrl Enter
Noticed oshЫbku Highlight text and press. Ctrl + Enter
We are
A unique exhibition "Nuclear shield of Russia" has opened in the Chelyabinsk Museum of Local LoreSu-30M arrived in Kazakhstan!
38 comments
Information
Dear reader, to leave comments on the publication, you must to register.