Official war with Russia instead of the ATO

February 16 2016
102
Well, we, in principle, are already accustomed to the fact that Ukraine is good News can not be. Another junta twist, allowing you to laugh openly through tears, has long been sore on all Russians. 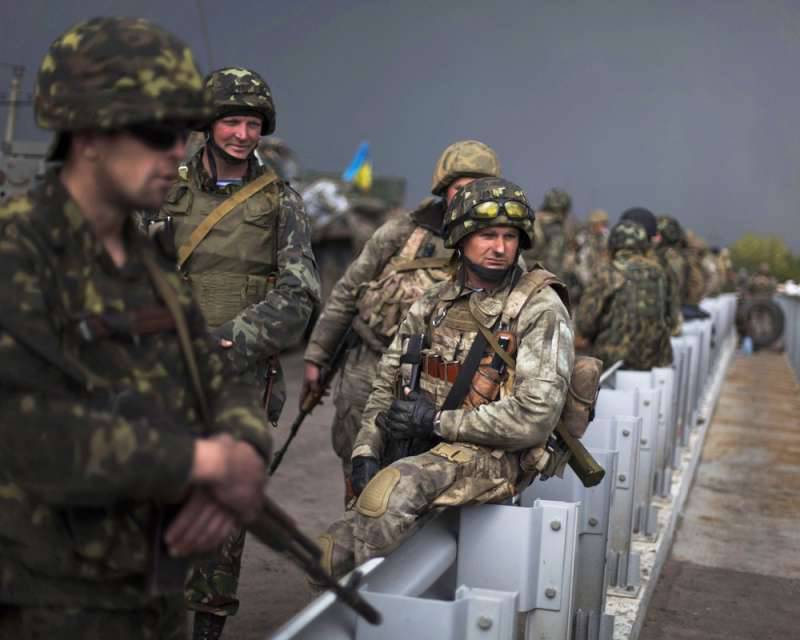 And here is the next news. From one of the representatives of Ukraine at the negotiation process in Minsk. There is such a figure, a novel named Immortal.

"Ukraine should officially recognize the existence of the Russian-Ukrainian war in order to get the support of the international community," said Pan Immortal in an interview with the Ukrainian News magazine.

I allow myself to bring a rather large excerpt from his speech. It's worth it. No edit:

“Besides the fact that we can count on help, we need to prepare for a serious and long-term confrontation with Russia. Not as with the opponent - as with the enemy. You should start to call the usual and understandable names everything that happens. Why? Because we have prisoners of war are still illegally held persons, fighting on the front line is an anti-terrorist operation, and the measures taken by the UN are a humanitarian action. Hence the problems of engaging international power components. And only by calling everything by our names can we count on the honesty and openness of the positions of both Europeans and the international community. Only then it will become clear that in the geopolitical sense, the security policy configuration requires serious views and changes on the European continent. Today, it does not stand up to criticism, and if it were not for the North Atlantic bloc, which backs these coordinated European security structures, there would be nothing to talk about. ”

In general, Pan Immortal talked about a lot. About legal components, about moral and ethical sides of conflicts. The fact that the recognition of the conflict in the South-East of Ukraine as a war will help ensure that those responsible for it can be tried by international court for war crimes.

Naturally, all war crimes that, according to the idea of ​​Pan Immortal, will have to rush to investigate the UN and the OSCE, Russia alone is to blame. But precisely in order for Russian war crimes to fall under the jurisdiction of European organizations, it is required that the Ukrainian civil war be recognized as a Ukrainian-Russian conflict.

Here I would like to ask a single question: what does Pan Immortal do in Minsk? Together with Kuchma, Marchuk, Gerashchenko?

It turns out that it betrays precisely those interests for which they are so vehemently advocating. Negotiating with those who are called terrorists. But...

“We need to understand that Ukraine cannot avoid constant and stable preparation for a conflict. This requires very serious changes, starting with the Constitution and ending with doctrines and legislation in the field of national security. Every Ukrainian is after what happened and after what has happened for the last two years old should be able to use weapons. So, we face a whole range of tasks: to change the entire component of general education to serve in the Armed Forces. It is already obvious that we have the status in which Israel is located, and we need to learn how to live with this problem. "

Well, suppose we already heard it somewhere. Total mobilization and everything else. And we also remember the results. Comparing Ukraine with Israel is, of course, something new, a fresh look at the problem. But here, sir Immortal, obviously that ... bust came out.

Today, of course, for the Ukrainian junta, this is probably the last chance for survival - to declare the country a member of a military conflict. This would make it possible to justify much, if not almost everything: the decline in the standard of living, and the collapse of the so-called democratic reforms, and a complete fiasco in the economy. And, of course, significantly limit the opportunities for all the “non-party” of the current president and prime minister. And such, oddly enough, every day becomes more and more. Well, if such a patriot of Ukraine as Lyashko, could not resist ...

But this absolutely does not mean that tomorrow Ukraine will declare war on Russia. Not. Officially declaring to the whole world that Ukraine is at war with Russia is a little different from what the Ukrainian junta needs today.

It is necessary that there, in the West, they recognize that Russia is at war with Ukraine. And this, you see, is not the same thing.

If someone from those who can state such an official really does so, then the collapse of Ukraine, final and irrevocable, will be a matter of a very short period of time. After all, after such a statement will follow what? The closure of borders, the rupture of diplomatic relations, the termination of economic relations.

No coal, no gas, no electricity. No Ukrainian guest workers in Russia. And, which is also quite obvious, no transit of Ukrainian goods through the territory of Russia to Kazakhstan, Kyrgyzstan, and China. All these stories about the great Ukrainian way beyond the three seas are the same tale as the Ukrainian fleet. And, accordingly, no transit to Ukraine.

Russian tank divisions? Not funny. They will not be needed absolutely. Everything will fall apart. But the divisions of the Ministry of Internal Affairs will come in handy. First, in order to get all the citizens of Ukraine home from earnings, because we don’t need a fifth column here, and then it’s really possible to close the border, because after a month or two of such a “war” crowds will rush across the border. With shouts "Glory to Russia, glory to Putin."

The junta is well aware that Europe will continue to insist on the implementation of the Minsk agreements, and therefore will not allow the transformation of the so-called ATO into a “war with Russia”. But in Kiev, they are well aware that the emergence of new differences in relations with Russia will force American and European politicians to close their eyes to the freezing of the Donbass conflict.

And it is necessary to freeze. Any way. We have often said that Donbass already has a queue of people wishing to federalize and live with their mind and happiness.

So behind all these statements there is still only one thing: the desire to survive, to stretch for some time and, of course, to get more money from the IMF. Moreover, it is desirable that the Europeans give the money themselves. Penetrating the situation, so to speak.

Here, by the way, this question arises: and, in fact, until?

Because it is already ridiculous: the leaders of Ukraine at every corner shout that they are at war with Russia, and Russia pretends not to notice the war, which has long been declared to it at a quite official level. At least, officials like the president, the prime minister, ministers and deputies.

It seems to me that it is already high time publicly and officially, at the level of the note of the Foreign Ministry, to request Ukraine on this topic. Does Ukraine consider itself at war with Russia?

And this question should not be asked in Twitter or Facebook, but in more significant places, including in the UN Security Council.

Tanks in Kiev a week later, as Putin once remarked, is real. But no less real are the steps that I suggested above. Without tanks and shooting.

In any case, it's time for the bear to wake up and ask the hog on this topic. It is necessary to answer for the market, as the Russian proverb says.

Ctrl Enter
Noticed oshЫbku Highlight text and press. Ctrl + Enter
We are
Victory Day and the "Immortal Regiment" in BulgariaSituational analysis of the death of the MH17 flight (Malaysian Boeing 777), made on the basis of engineering analysis from 15.08.2014
102 comments
Information
Dear reader, to leave comments on the publication, you must to register.