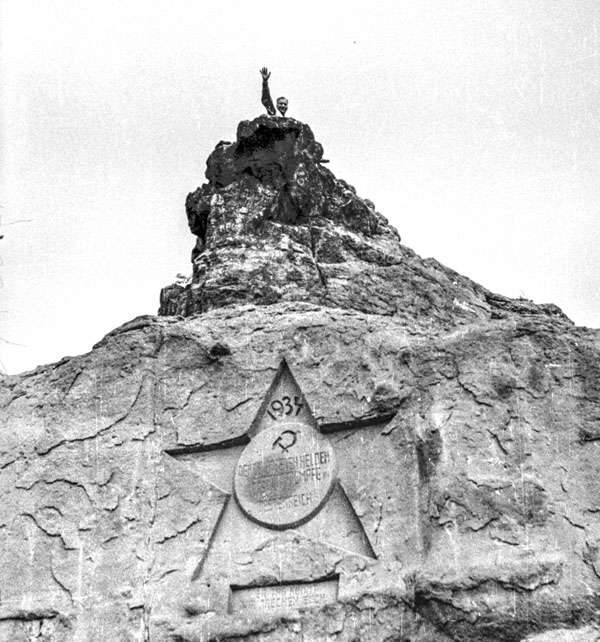 82 a year ago, 13 February 1934 of the year, came the climax of the four-day civil war that erupted on the eve of Austria. The artillery of the government troops opened fire with high-explosive and chemical shells at the proletarian quarters of Vienna, in which detachments of the workers' militia and Shutsbund, the militant wing of the Social Democratic Party, defended themselves.

The Social Democrats and the Communists who supported them revolted in an attempt to resist the onslaught in the country of the clerical-fascist dictatorship led by the local "Fuhrer" Engelbert Dolfus. In 1933, Dolphus, relying on the far-right Christian Social Party (CSU), the fasteist organization of the Fatherland Front and church circles, carried out a coup d'état. He broke up the parliament, banned all parties except the CSU and the Vaterlandish Front, introduced censorship and launched reprisals against political opponents. Mass arrests and construction of concentration camps began in the country.

Due to the fact that on the side of Half-hearted, the regular army came out, the uprising was quickly suppressed. By February 16, the military and Heimwere troops of the Vaterlandish Front armed militia eliminated the last centers of resistance of the Schutzbundis. In street battles, according to various sources, people died from 1300 to 1600, of which the rebels were about 1000, the rest were soldiers and heymverovtsy. Dozens of captured rebels were shot or hanged, thousands fled abroad.

As a result of the defeat of the uprising in Austria, a regime was established, which four years later led to its absorption by Nazi Germany. True, Dolphus himself did not live to see it. Fearing competitors both “left” and “right”, he banned not only the communist, socialist and social democratic parties, but also the Nazi NSDAP. In retaliation in July 1934, he was shot by SS man Otto Planet. However, this is different история.

And on the screensaver "Star of Shutsbund", carved on a rock in Kislovodsk by Austrian immigrants - participants in the uprising, who decided after the flight from the country to move to the USSR. At first they were greeted enthusiastically and settled in the North Caucasus, but in 1937-38, most of them were declared “fascist agents” and repressed. 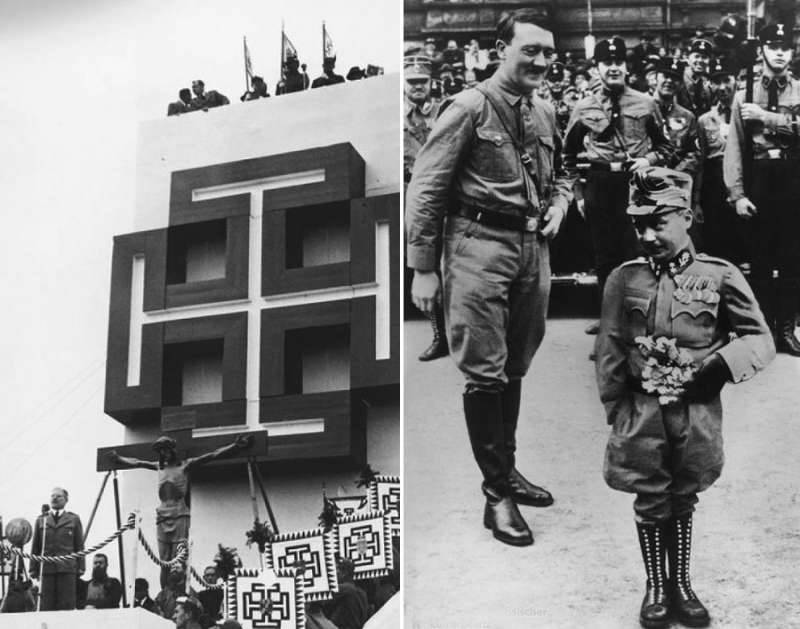 Left: Engelbert Dolfus speaking at the Ф Vaterlandish Front rally. Right: caricature photo collage "The Führer is big and the Führer is small." Dolphus was really almost a dwarf, his height was only 148 centimeters. 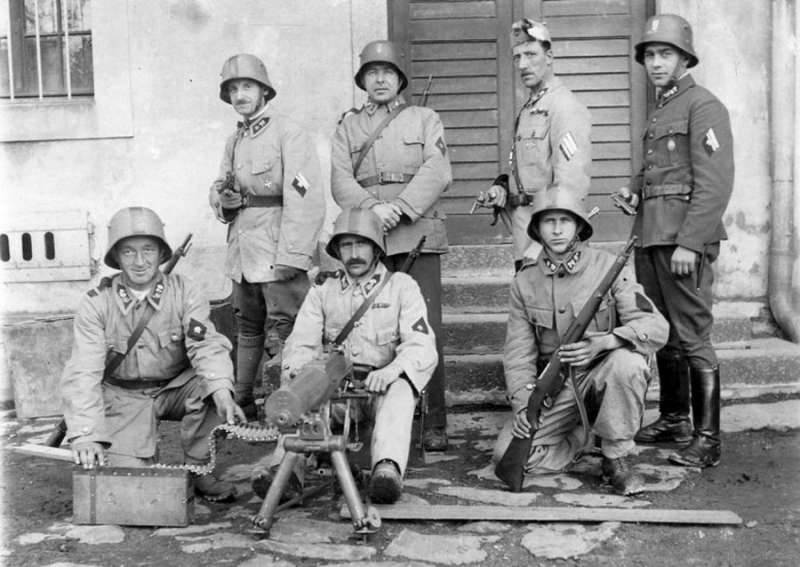 A group of Heimvera fighters with the Schwarzlose machine gun. 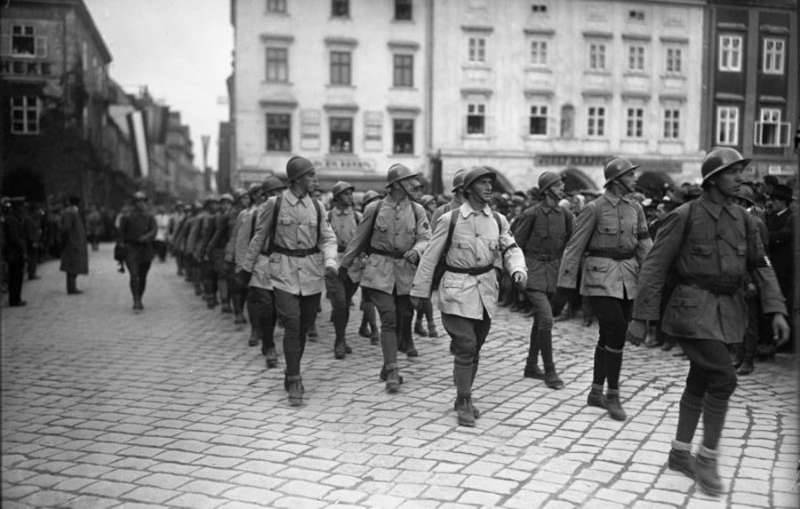 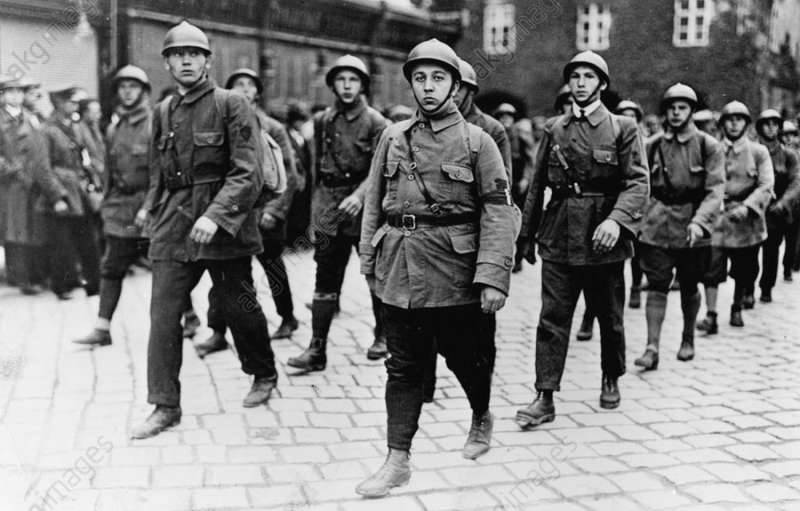 Demonstrations shutsbundtsev held in Austria before the ban of this organization. In order to differ from the ultra-right militants, the Social Democratic militias wore not horned stalhelmy, but rounded helmets of the French and Italian type. 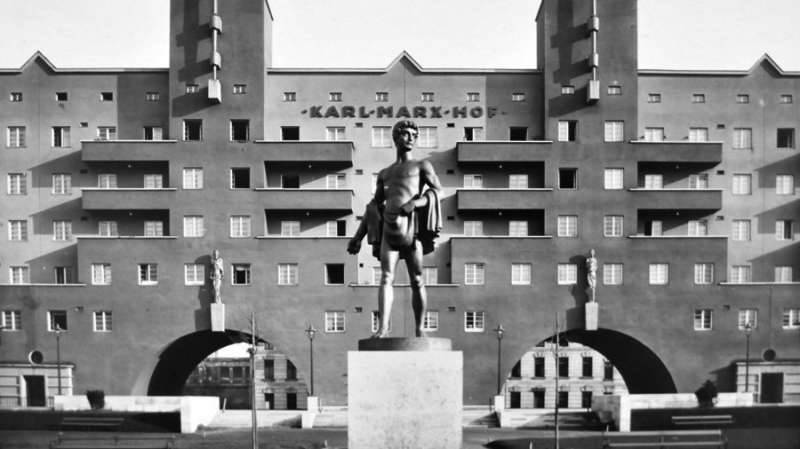 The building of the working commune of Karl Marx, which in February 1934-th one of the main strongholds of the Vienna insurgents. 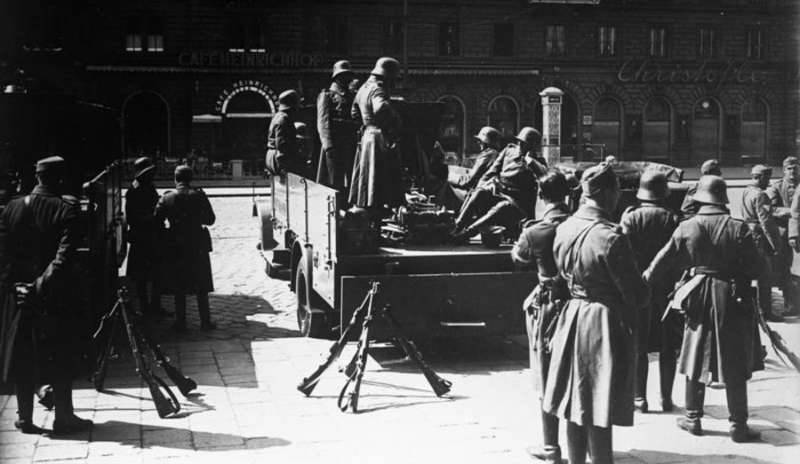 The Austrian army arrives in Vienna. 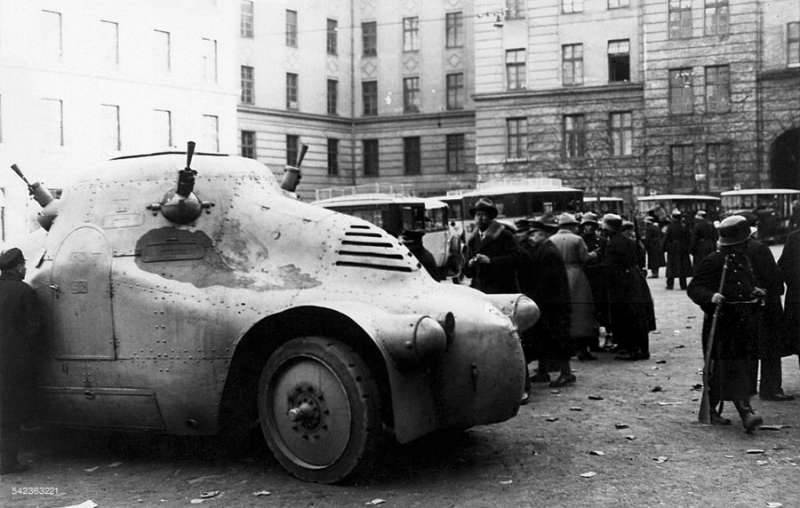 Police armored cars "Skoda" Czechoslovak production, who took an active part in street fighting. The rebels did not have artillery and any other armor-piercing weaponsable to withstand these machines. 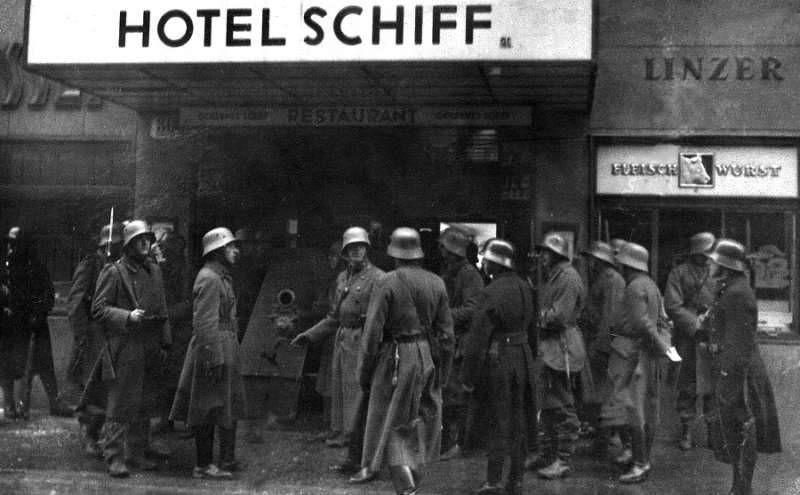 Soldiers with light field howitzer near the Schiff hotel. 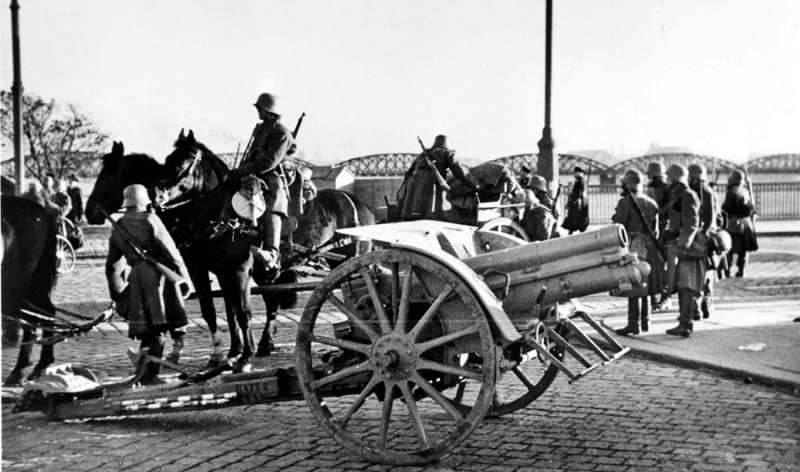 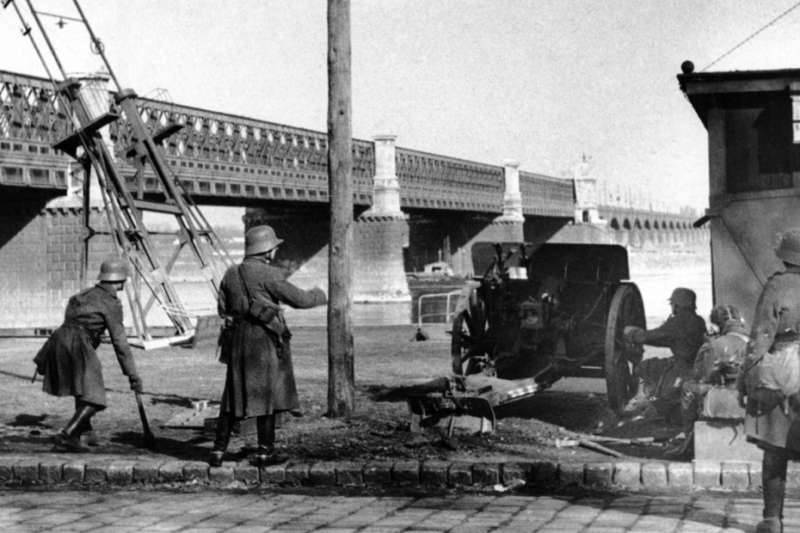 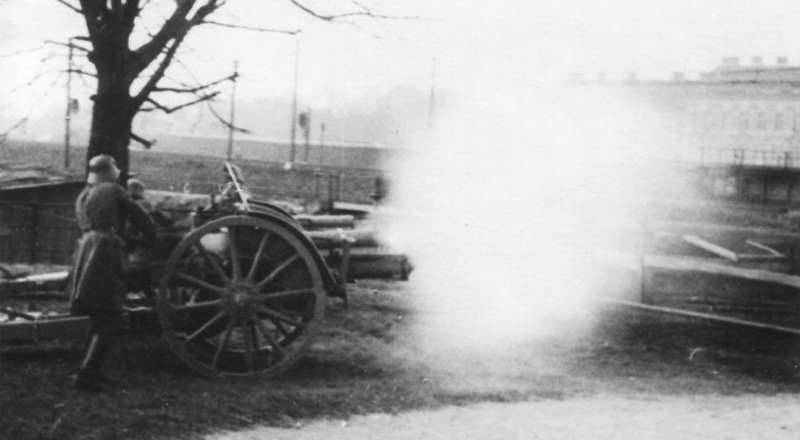 Artillery from the embankment of the Danube firing on the rebels, entrenched on the opposite bank. 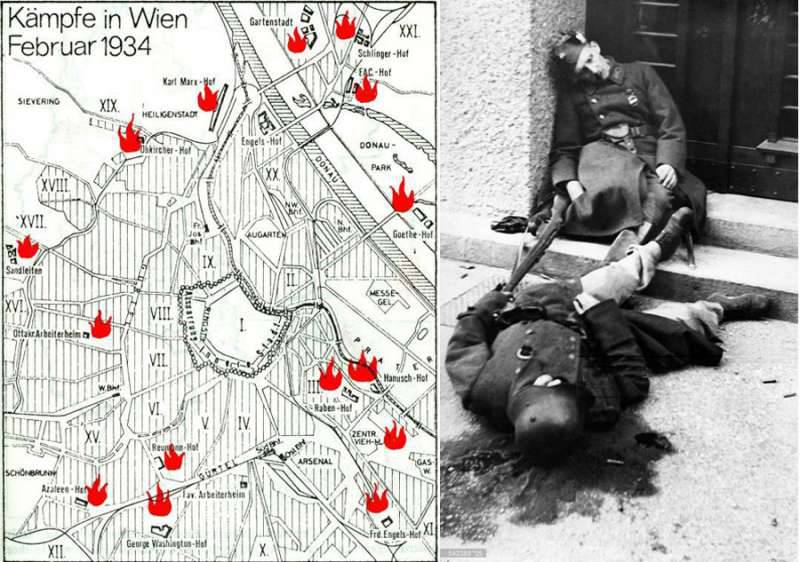 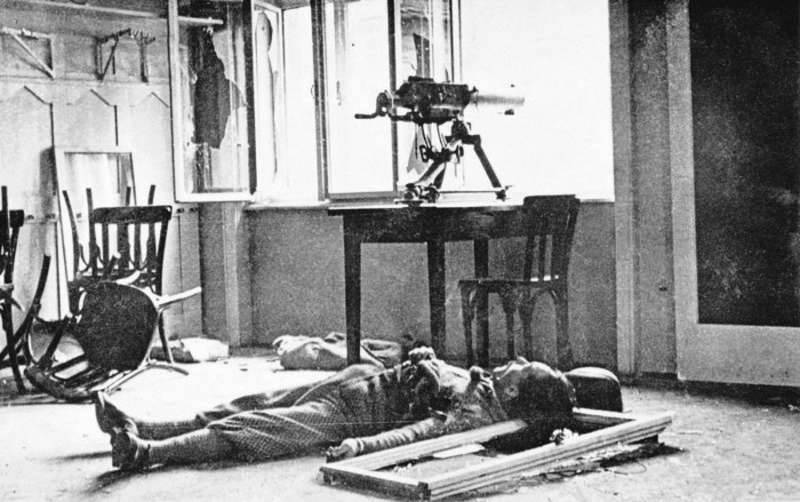 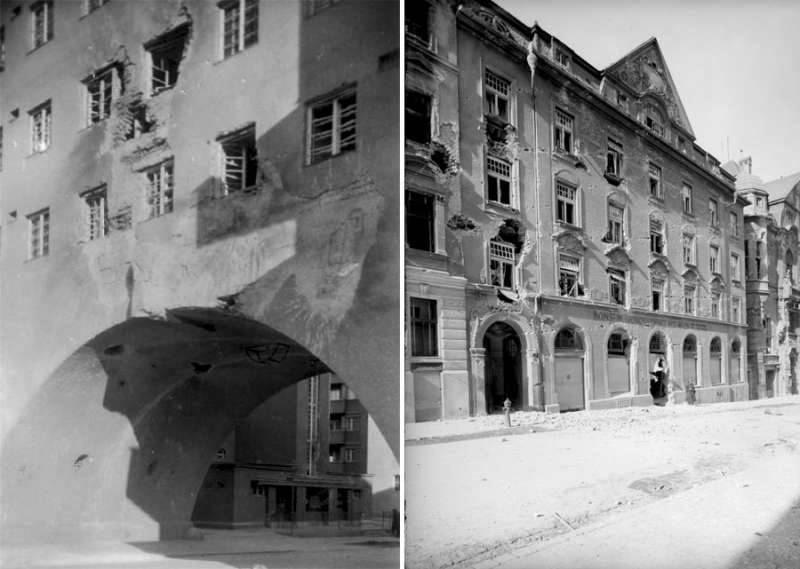 Ctrl Enter
Noticed oshЫbku Highlight text and press. Ctrl + Enter
We are
Day of the employee of the internal affairs bodies of the Russian Federation. Long way to police ranksThe civil war in Austria. February 1934 Vienna met with street fighting
17 comments
Information
Dear reader, to leave comments on the publication, you must to register.