February 15 2016
30
Militants operating in the territory of Africa, the terrorist group Al-Shabab, who recently announced their oath of allegiance to ISAH (IG), shot down a drone drone "unknown state". According to the Qatari TV channel Al Jazeera, the drone carried six missiles and fell in the province of Gedo in southern Somalia, away from populated areas. These territories are not actually controlled by official Mogadishu, if today we can seriously talk about the official authorities of Somalia, and about Somalia itself as a single state. 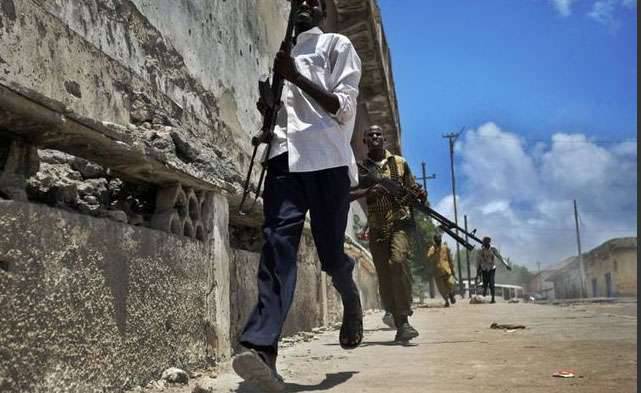 Attention is drawn to the fact that Al-Jazeera writes about an interview taken by a TV channel reporter from the leader of the Somali cell Al-Shabab. If we take into account that representatives of ISIS are not accustomed to stand on ceremony with journalists, the opportunity to interview Qatari journalists from Al-Shabab militants leads to certain thoughts ...

Al-Jazeera, citing the leader of the Somali terrorist group, reports that the drone’s wrecks were collected, as well as its weapons. The report states that the missiles that armed the drone did not explode.

At the moment, no country has declared its unmanned aerial vehicle disappeared in the sky of Somalia.

Meanwhile, claiming ignorance of the nationality of a military drone, Al-Jazeera, referring to an expert, writes about "fears." According to the expert, the militants may sell (attention!) Missiles and their component parts to Iran or China because of the "possibility of contacts." That is, the Qatari TV correspondent freely communicates with the Al-Shabab militants, and the expert’s concern is about the “possibility of contact” of the militants with Iran and China ...

Ctrl Enter
Noticed oshЫbku Highlight text and press. Ctrl + Enter
We are
Washington announces that Daesh leaders in Libya and Al-Shabab in Somalia have been destroyed by airstrikes
30 comments
Information
Dear reader, to leave comments on the publication, you must to register.