Poland and the goat Timur, or Ten Facts about Poland 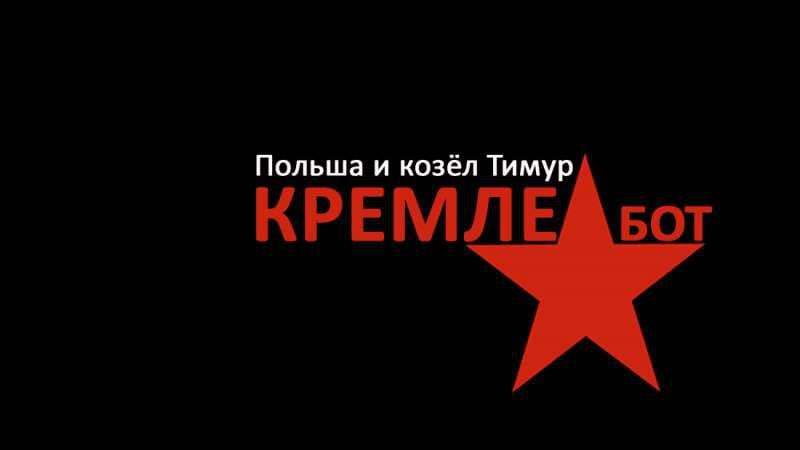 You all, of course, heard history about Timur and Cupid. At the end of 2015, a goat named Timur was brought to the seaside safari park. Brought to feed the noble predator - the tiger Amur. However, Cupid did not want to eat a goat. It turned out that the goat grew up with the dogs, so the predator is not afraid. His sense of self-preservation in this situation simply does not work. Not having a reliable connection with reality, the goat even attacked the tiger! But in the end the animals became friends. Touched by the public, Cupid did not let the workers of the park to the new friend, played with him, and in the big snowfall they even took refuge in one shelter. For a couple of months, the goat had grown stout, settled down and began to borze out elementary. Poking a tiger with its horns, for example. The response of the predator was instantaneous, the goat got a heavy paw in the face.


However, the lesson did not go to the horned one, and he continued to become impudent: butting, pushing and trying to push the tiger off the slope. And then even stepped on it. “Cupid rose, picked up, pulled Timur like a kitten and threw it,” the safari park said.

The shots on which the wounded goat, plaintively bleating, waddles in a snowdrift, and then lies down in anticipation of the park staff, who are already hurrying to help the fool, reminded me of ... Poland.

Yes, yes, Poland! Or rather, the recent scandal on Polish television, in which the Minister of Culture of Russia was involved, after which the controversy surrounding the relations between Poland and Russia flared up with a new force. I cannot but participate, all the more so since the last thirty years we have been constantly told about how small and defenseless Poland was attacked by two terrible monsters - the USSR and the Third Reich, who had previously agreed on its division.

You know, now it has become very fashionable to compile various tops and ratings: ten facts about pointes, fifteen facts about orgasm, thirty facts about Dzhigurd, the world's best pan coverings, the longest snowmen, and so on. I also want to offer you my “Ten Facts about Poland”, which, in my opinion, just need to be kept in mind when talking about our relations with this wonderful country.

The fact of the first. After the end of the First World War, Poland, taking advantage of the weakness of the young Soviet state, occupied Western Ukraine and Western Belarus. The offensive of the Polish troops in Ukraine in the spring of 1920 was accompanied by Jewish pogroms and mass executions. For example, in the city of Rovno, the Poles shot more than 3 thousands of civilians, in the town of Tetyev, about 4 thousands of Jews were killed. For resistance to the seizure of food burned the village, shot the residents. During the Russian-Polish war, 200 thousands of Red Army soldiers were captured by the Poles. Of these, 80 thousands were destroyed by the Poles. True, modern Polish historians have questioned all this data.

It was only possible to free the captured territories of the Soviet army in 1939 year.

The fact of the second. In the period between the First and Second World Wars, a small, defenseless and, as you can imagine, the Immaculate Poland passionately dreamed of colonies that could be robbed at your pleasure. As it was taken then in the rest of Europe. And it is still accepted. For example, a poster: "Poland needs colonies!" Mostly wanted Portuguese Angola. Good climate, rich land and subsoil. And what, you feel sorry, or what? Poland also agreed on Togo and Cameroon. I looked to Mozambique. In 1930, even the Maritime and Colonial League public organization was created. Here are photos in which the Day of the Colonies is celebrated in a big way, which turned into a demonstration demanding Polish colonial expansion in Africa. The poster for the demonstrators read: "We demand overseas colonies for Poland." The churches devoted to the demand of the colonies of the Mass, and in the cinemas films of colonial themes were shown. This is an excerpt from one such film about the Polish expedition in Africa. And this is a solemn parade of the future Polish bandits and robbers.

True, the harvested beautiful cork helmets and whips for slaves could not be used for its intended purpose. Portugal did not want to share Angola, and in 1939, Poland itself was turned into a colony. The Maritime and Colonial League organization had by this time about 1 million members.

By the way, a couple of years ago, the Polish Foreign Minister Grzegorz Schetyna, in an interview with one of the largest Polish publications, said: "To talk about Ukraine without Poland’s participation is akin to discussing the affairs of colonial countries without their metropolitan countries." And although Ukraine was not particularly indignant, dreams still remain dreams ...

The third fact. Poland became the first state to conclude a non-aggression pact with Nazi Germany. It was signed on 26 on January 1934 of the year in Berlin for a period of 10 years. Exactly the same as in Germany and the USSR in 1939. Well, the truth is, in the case of the USSR, there was still a secret application that no one has ever seen in the original. That application with a forged signature of Molotov and the real Ribbentrop, which after the German surrender in 45, was for some time captured by the Americans. That application in which the phrase "both sides" is used three times! That application in which Finland is called the Baltic state. Anyway.

The fact is the fourth. In October 1920, the Poles seized Vilnius and the surrounding area - only about a third of the territory of the Republic of Lithuania. Lithuania, of course, did not recognize this seizure and continued to consider these territories as her own. And when 13 in March 1938 of the year, Hitler carried out the Anschluss of Austria, he needed international recognition of these actions until the end. And in response to the recognition of the Anschluss of Austria, Germany was ready to recognize the seizure of all Lithuania by Poland, except for the city of Memel and the region around it. This city was to enter the Reich.

And already March 17 Warsaw issued an ultimatum to Lithuania, and the Polish troops were concentrated on the border with Lithuania. And only the intervention of the Soviet Union, Poland threatened to break the pact of non-aggression from the 32-year saved Lithuania from Polish occupation. Poland has been forced to withdraw their claims.

By the way, I hope the Lithuanian people remember that it was the USSR that returned both Vilna and Memel with the regions to Lithuania. And Vilna was transferred back in 1939 year under a mutual assistance agreement.

The fifth fact. In 1938, in alliance with fascist Germany, small, defenseless, “long-suffering and peace-loving” Poland occupied Czechoslovakia. Yes, yes, it was she who began that terrible massacre in Europe, which ended with the Soviet tanks on the streets of Berlin. Hitler took the Sudetenland for himself, and Poland - the Tieszyn region and some settlements on the territory of modern Slovakia. Hitler then received at his complete disposal the best military industry in Europe of that time.

Germany also had at its disposal significant stocks of weapons from the former Czechoslovak army, which enabled the infantry divisions to be armed with 9. Before the attack on the USSR from the 21 tank division of the Wehrmacht 5 were equipped with Czechoslovak production tanks.

According to Winston Churchill, Poland "with the greed of hyena took part in the robbery and destruction of the Czechoslovak state."

The fact of the sixth. On the eve of World War II, Poland was far from the weakest state in Europe. She possessed a territory almost 400000 square. km, on which lived about 44 million. Military treaties were concluded with England and France.

And so, when in the 1939 year, Germany demanded that Poland open a “Polish corridor” for it to access the Baltic Sea, and in return offered to extend the German-Polish friendship treaty for another 25 years, Poland proudly refused. As we remember, it took the Wehrmacht only two weeks to put the former ally on his knees. England and France did not use their fingers to save their ally.

The fact is the seventh. The introduction of the Red Army in the eastern regions of Poland 17 in September 1939 and in the Baltic countries in the summer of 1940 was made not by some terrible "secret pact", which no one has ever seen, but in order to prevent Germany from occupying these territories. In addition, these actions strengthened the security of the USSR. The famous joint “parade” of the Soviet and German troops is just a procedure for transferring Brest-Litovsk to the Red Army units. We can see the arrival of the Soviet receiving contingent and some working moments of the transfer of the citadel thanks to the preserved photographs. Here the organized departure of the German technology, there are photos of the arrival of the Soviet, but there is not a single photo that captures their joint passage.

The fact of the eighth. In the very first days of the war, the Polish government and the president fled abroad, leaving their people, their still fighting army, their country. So Poland did not fall, Poland self-destructed. The runaway, of course, organized a “government in exile” and dried their pants for a long time in Paris and London. Please note that when Soviet troops entered Poland, de jure the state of this no longer existed. I would like to ask everyone who is bothering about the Polish occupation by the Soviets: do you want the Nazis to come to these territories? To kill Jews there? To make the border with Germany close to the Soviet Union? Can you imagine how many thousands of dead would be behind such a decision?

Fact nine. Dreams of Poland of the colonies, of course, did not come true, but as a result of bilateral treaties with the Soviet Union, as the post-war reparations Poland received the eastern region of Germany, who had Slavic past, which make up a third of the present territory of Poland. 100 thousand square kilometers!

According to estimates of the German economists in the postwar period, the Polish budget received only from the mineral deposits in these areas more than 130 billion. Dollars. This is about twice the size of Germany paid reparations in favor of Poland and compensation. Poland received deposits of hard and brown coal, copper ore, zinc and tin, which put it on par with the world's major earners of these natural resources.

Even more important was the receipt of the Warsaw coast of the Baltic Sea. If in 1939, Poland had 71 km. the sea coast, then after the war became 526 km. Poles and Poland are personally obliged to Stalin and the Soviet Union with all these riches.

Fact ten. Today in Poland massively demolished monuments to Soviet soldiers-liberators and desecrate the graves of Soviet soldiers who died in battles for the liberation of Poland from the Nazis. And they died there, I remind you, 660000. They even demolish monuments on which there are grateful inscriptions from Polish citizens to Soviet soldiers. Even those that were cast in the 45 year of the metal of German ammunition, specially brought from the fallen Berlin.

Why am I doing this? Maybe we, as a tiger of Amur, will have enough time to endure an annoying and arrogant neighbor who has completely lost touch with reality?

Ctrl Enter
Noticed oshЫbku Highlight text and press. Ctrl + Enter
We are
What you didn't want to know about EnglandHow can Russia survive and win in the 21st century?
182 comments
Information
Dear reader, to leave comments on the publication, you must to register.