Three reasons for the civil war in Syria 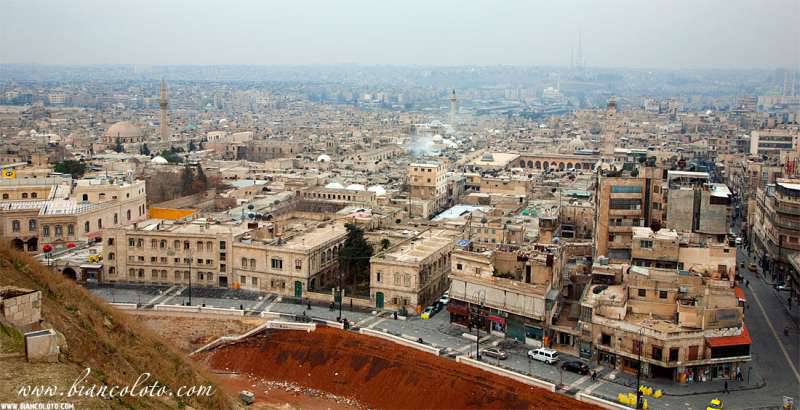 The civil war in Syria has already lasted for 4. It seems that we are witnesses of the peak of the conflict.

Right now, I want to go back and understand what was the forerunner of the Syrian events, which the whole world community is following. Regarding the causes of the civil war in Syria, completely different arguments are derived. We will analyze three, in my opinion, the most likely:

1) The reason for the inner lies in the ethno-religious diversity.

In Syria, the Christian mosaics looked quite succinctly against the backdrop of the Islamic Azan call, the churches were located near the mosques, but despite the diversity of nations, tribes and denominations, the interaction of the groups was not always calm. The essence of the conflict is precisely in the relationship of the Sunni majority and exclusively of the Alawite state apparatus. It is known that Bashar Al Asad is Alawites and the state structure is literally stuffed with his numerous relatives. Hafez Asad, the standard-bearer of the Alawite dynasty of Presidents, at one time tried to unite the Alawites of Syria and the Shiites of Lebanon, Iran and Iraq. In addition, the Alawite elite took control of all business structures in the country. This could not suit either the Sunnis (who were the majority) or the Kurds, who before the war in Syria did not even have passports, being the most oppressed by the minority. The severity of the Syrian authorities’s attitude towards the Kurds is explained by a single desire - to prevent their unification and the rise of the national liberation movement, which in the future may lead to the emergence of separatist sentiments among the Kurds themselves and a lasting effect on other ethnic groups.

2) A separate reason can be called the lack of preparation of Bashar Assad for the post of President of the Republic.

An Alawite representative ascended to the throne in 2000, replacing his father, Hafez Asad, who reigned 29 for years. By profession, an ophthalmologist, Bashar Asad was literally a victim of the situation, having neither relevant knowledge nor experience in a public office. In addition, al-Assad received a politically unstable country in the midst of "Arab springs" and conflicts with the United States.

3) Oddly enough, partly in the United States lies the external cause of the war in Syria.

Influence from the outside - let's call it an external cause. Syrian boiler broke out not without the participation of pro-Western structures. 2003 will be remembered for the Middle East by the overthrow of the Iraqi regime: the authorities are gone, the alternative has not been proposed, and the United States has already implemented the “Greater Middle East” project. According to the plan, Syria was the next target. The motive of the game is the realization of its own geopolitical goals in the Middle East. The civil war in Syria began in 2012, the regime was not overthrown for two years, after which a powerful terrorist group, the Islamic State, appeared, finally to end Bashar Assad’s regime. The fact that the group failed, became independent and act not according to the plan of the West - is another question. However, one should not exclude that ISIS was created by the USA in part to eliminate B. Assad's regime. By the way, Turkey plays an important role in the ignition of the war in Syria. The Kurdistan Workers Party - the most dangerous organization for modern Turkey, threatening its integrity - originated in Syria, and the latest generations of Asad (Hafez Asad and Bashar Asad) actively supported this organization. Thus, the internal cause — namely, ethno-confessional diversity became the harbinger of the external cause — external influence.

Thus, the causes of the war in Syria are smoothly moving from internal to external, with no clear boundaries. As is usually the case: some powers (West, Turkey) influenced the emergence of civil war, others (Saudi Arabia, Qatar) are involved in escalation, and a third group of countries (Russia, Iran) are involved in political regulation. I want to note an important fact: the influence of powers from outside does not set as its main goal the elimination of the Assad regime. The ultimate goal is Russia and the desire to bring risk factors closer to its borders. Russia cannot allow this to happen, which is what its successful aerospace operation in Syria is connected with.

Ctrl Enter
Noticed oshЫbku Highlight text and press. Ctrl + Enter
We are
Kurdish question in modern SyriaDisassemble the yolk
60 comments
Information
Dear reader, to leave comments on the publication, you must to register.