Someone introduce our Ministry of Finance to Indian economists

February 16 2016
59
In the courtyard - a time of low oil prices, exchange rate turbulence, anti-Russian economic sanctions, lower incomes in the state treasury. And economic gurus from the cabinet of ministers and, specifically, from the ministry of finance come in with new forecasts on the dynamics of the Russian financial and economic system. More precisely - not quite. Economic gurus do not even predict, but, as they themselves say, “calculate” the situation right up to the year 2030. In 2012, it was impossible to calculate on 2013, in 2013, on 2014, etc., and then, you know, just before 2030, bang and you're done! Or is fortune-telling on the lamb shoulder that is usual for the economic government bloc again being issued for a well-thought calculation? 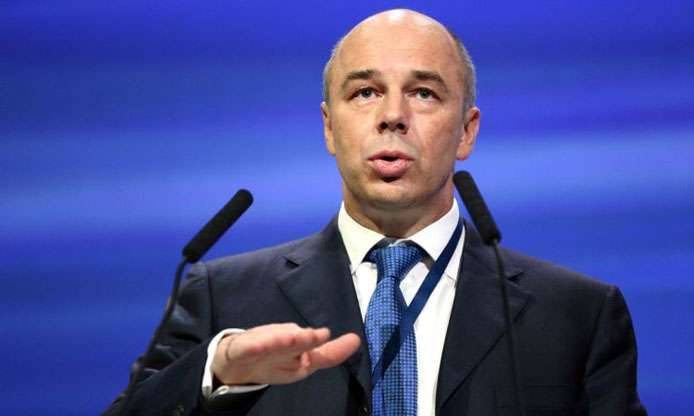 It is doubly interesting to look at the results of economic calculations, which publishes the newspaper. "Vedomosti" with reference to the main financial department of the country. And not only to look at the calculations of the Ministry of Finance themselves, but also on how the economic bloc, as they say, is here and now ready to respond to the challenges.

So, the results of the “calculations” are as follows: on average, the Russian economy up to 2030 will grow within 1-1,3% per year with the growth of imports of goods at the level of 3-4% per year. The economic level of the GDP of 2014 will be restored not earlier than 2020 of the year, and the income level of the population of the sample of the same 2014 will be restored not earlier than 2025.

According to the Ministry of Finance, over the 15 years the Russian economy will grow by 13%. For comparison: at current economic growth rates, for example, India will need less than 2 years to reach this percentage of growth ... Fifteen against two, and also considering that India is not an exporter, but an importer of main energy sources and the population of India in 8 is more than the population of Russia more than once ... Proceeding from this, it remains to shrug your shoulders and think about what universities the Indian government economists studied at, and whether to send our gurus there for an internship?

Yes, of course, we can say that it is incorrect to compare India and Russia, since in India there are serious problems with the level of poverty. But we must not forget that, in principle, problems with poverty can be solved - and only in the last 10 years the number of Indian citizens living below the poverty line has decreased by almost 20%. Moreover, it is possible and necessary to compare, if only because both Russia and India are members of BRICS.

What did economists of the Ministry of Finance of the Russian Federation repelled from when they carried out their calculations? The main thing - again the price of oil. According to the estimates of the “experts”, the price of a barrel of “black gold” will reach the average annual mark of 50 dollars only by the 2028 year. And here, even if from the depths of the soul, the inner voice says about the need to listen to such Minfin forecasts, then with confidence in the forecasts it will still be, to put it mildly, not very ... Why? Yes, if only because there is not a single person in the world who could predict oil prices by as much as fifteen years ahead with at least 3-5 dollars. There is no person who knows exactly what the ruble / dollar exchange rate will be in the same 15 years. And if he knows, then with the publication of forecasts certainly not in a hurry.

For example (data from Blog): the so-called agency for forecasting the economy (not even the Ministry of Finance, but the whole forecasting agency) at the beginning of 2014, the ruble predicted the fall of the ruble to 2016, even to 37 per dollar. As the Internet meme says (if to paraphrase a little): to 37 for a dollar, Karl! .. 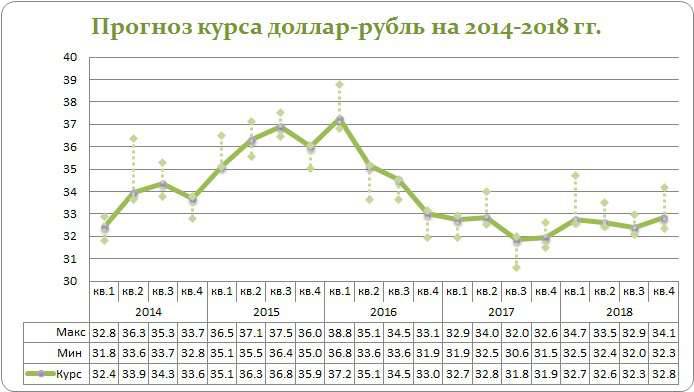 The forecasters themselves look like the main excuse for themselves: well, we in 2014 didn’t know what the Crimea would be, the sanctions, all that ... As if the whole thing was solely about the sanctions and the reunification of Russia with the Crimea and Sevastopol. But even if it is assumed that “because of this,” the forecast did not come true (on 2016, at least), then the new question to the forecasters (and already the Ministry of Finance): how great is your confidence that until the 2030, there are no tectonic changes in world politics will not happen, and that the economy of the Russian Federation will behave approximately the way it leads today?

Well, God bless them - with these forecasts and forecasters. The only thing that you can still pay attention to in this case is that someone receives funding for such forecasts, is counting on accounts, calculators or in Excel spreadsheets, someone is trying to prove that it will be so . What then? The forecast is simply washed down the drain, and the forecasters sit down at other forecasts, trying to justify the inconsistency of previous calculations, with new statements in the style of "well, we could not know that this and that will happen."

The most important thing lies elsewhere - how is the economic bloc of the Russian government going to respond to its own forecast, according to which the Russian economy will in fact be trampled on? Or the forecast for 1% growth per year is a kind of setting for ourselves on doing nothing soon?

So about the reaction of the Ministry of Finance. The first initiative with which Anton Siluanov’s department comes out against the background of the publication of the economic forecast (up to 2030 of the year) is connected with the “necessity” of selling Gokhran diamonds. Sales of diamonds in Gokhran are scheduled for auctions on February 29 and March 10 in auction mode. AT "Izvestia" it is reported that in the framework of the "crisis sale" in 2016, the Ministry of Finance plans to get rid of 167,5 thousand carats of precious stones. To compare with what: for the whole 2015 year, about 9 thousand carats of Gokhran diamonds were sold.

Not only the “anti-crisis” initiative of the Ministry of Finance itself is interesting, but also the fact that relatively small stones will be sold, the demand for which in the world market is low due to the high saturation of the market with this kind of “stones”. Moreover, the resulting surplus as a result of the auctions of the Ministry of Finance can completely bring down the price for medium-sized diamonds, as a result of which the total income in the case of sale will not exceed 1,5 billion rubles. These are estimates. And on the scale of the entire Russian economy, 1,5 billion rubles is clearly not the amount that looks “anti-crisis”. If this is the Ministry of Finance’s plans to overcome the crisis, then the next step is to expect not only the sale of diamond funds, but also, for example, the exhibition facilities of the Tretyakov Gallery or the Hermitage ... And what? But what if...

In this regard, the "reciprocal" initiative: maybe our government economists still get to know Indian colleagues better - you see, they will advise something sensible ...

Ctrl Enter
Noticed oshЫbku Highlight text and press. Ctrl + Enter
We are
Russophobia and the dark art of making anti-Russian magazine covers (Medium, USA)Results of the week. “Are you the smartest here?” Did anyone tell you this, or did you decide? ”
59 comments
Information
Dear reader, to leave comments on the publication, you must to register.