Grushko: NATO imposes a "confrontational agenda" on us

February 15 2016
44
Moscow will take into account the approach of NATO to the Russian borders in its military planning, leads Look words of the permanent representative at the alliance of Alexander Grushko. 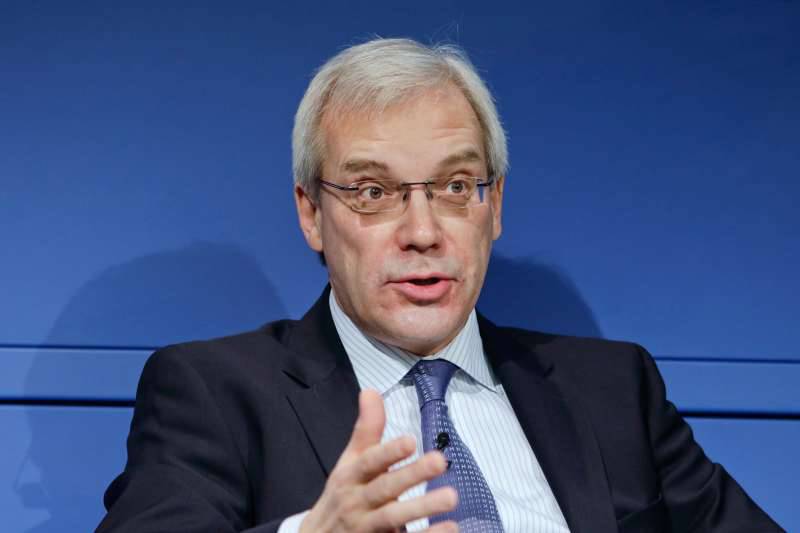 In 2004, the Baltic was the most tranquil region of Europe.

“At that time, the Baltic States was militarily the most peaceful region in Europe. Estonia, Lithuania and Latvia de facto did not have armed forces, and NATO did not have the potentials on the territory of these countries, which allowed us (Russia) to reduce our military presence, ”said Grushko.

According to him, “the alliance’s decision in 2004 to establish air patrols over the Baltic Sea was the first step towards major security changes.”

“Now the general alarming picture is complemented by the permanent military exercises of the Alliance countries in Europe, the rotation of American troops, the redeployment of heavy military equipment to the locations of warehouses and the transfer of rapid deployment equipment from two to five brigades,” the permanent representative noted.

“This is certainly the biggest shift in the security and deployment models (units) of NATO. We will seriously pay attention to this in the process of further military planning, ”he said.

“Russia is not moving anywhere. But NATO as a result of its expansion is approaching Russia. It (the organization) uses the territory to project military power in the direction of Russia, ”the diplomat stated.

“NATO is trying to impose a confrontational agenda on us, which we believe is in the past,” he said. “Our vision of European security allows all countries to be involved in a joint search for approaches to new security challenges.”

The Permanent Representative described as speculations "allegations about the development of the use of nuclear weapons by the example of Sweden, which is not a nuclear power."

"All these stories about the so-called imitations of nuclear attacks on other states do not correspond to reality, ”he added.

But Russia to the alliance "has well-founded claims in connection with the practice of the so-called NATO joint nuclear missions (nuclear sharing), which in itself contradicts the spirit and letter of the NPT."

“Now, as we see, the main focus (of NATO) is on how to contain Russia. Not only politically, but also by military means. Such a mix of military planning and politics is a dangerous tendency, the permanent representative noted. - This is not our choice. We firmly believe that we must continue along the path of creating a new Europe. ”

“NATO is moving in the direction of ensuring security in accordance with the old scheme, instead of looking for ways to expand interaction with Russia on a number of issues affecting security,” Grushko said.

Touching upon the topic of the American concept of global strike, the diplomat noted that this is a very dangerous idea from the point of view of stability in the world.

“This is a very dangerous thing in terms of strategic stability. It is necessary to study the question of the militarization of space. We are trying to convince our partners to seriously participate in the negotiations on the refusal to deploy military assets in space, ”he said.

Ctrl Enter
Noticed oshЫbku Highlight text and press. Ctrl + Enter
We are
Alexander Grushko will be the new permanent representative of Russia at NATO
44 comments
Information
Dear reader, to leave comments on the publication, you must to register.