Putin's risky game in Aleppo is paying off (CounterPunch, USA) 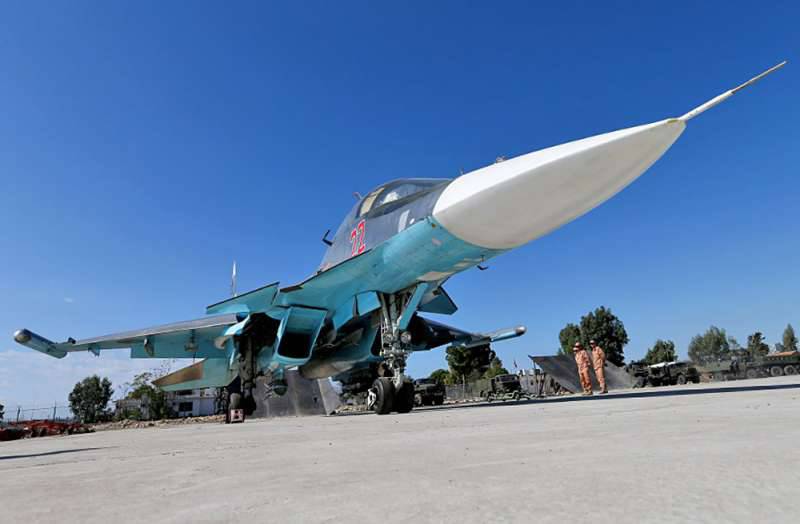 The triumph with the change of the game in northern Syria moved the coalition led by Russia strikingly close to a decisive victory in Aleppo. After breaking into the 40 month-long siege of the cities of Nubl and Zara, the Syrian Arab army surrounded the industrial hub of the city and gradually tightened the noose. The main supply lines going north were cut, and this led to the fact that Sunni extremists and anti-government insurgents were trapped in a huge boiler inside the city. Now it's only a matter of time - will these motley insurgents be killed or forced to surrender. The victory in Aleppo will change the course of the war, as government control over the densely populated western corridor will be restored. That is why the Obama administration is desperately seeking to either delay or thwart Russian pressure and avoid the inevitable collapse of US policy in Syria.

The recent peace talks in Geneva were convened for the sole purpose of obstructing Syrian President Bashar al-Assad and the forces loyal to him to occupy Aleppo again. However, the negotiations failed when Washington’s non-permanent allies, the so-called "moderate" rebels, refused to participate in them. According to the Wall Street Journal, the Syrian opposition rejected "under pressure from Saudi Arabia and Turkey, the two main supporters of the rebels." Recognition of the magazine was later confirmed by Secretary of State John Kerry, who - so says the Middle East Eye - “accused the Syrian opposition of withdrawing from the talks and ensuring the possibility of a joint offensive by the Syrian government and Russia on Aleppo”.

“Don't blame me,” said Kerry. “Blame the opposition. It was they who did not want negotiations and did not want a cease-fire, and they left. ”

None of this surprised readers carefully following the negotiations. From the very beginning, the meetings were plunged into confusion. The US delegation, led by Kerry, focused entirely on reaching an agreement that would include a cease-fire and a halt to the government-led offensive. Saudis, Turks and opposition leaders had a different opinion. They, apparently, did not pay attention to the situation on the ground, where their jihadist infantry suffered heavy losses. As a realist, Kerry was looking for a way to negotiate a respite and save US-backed militants from assured destruction. But the Saudis and Turks decided that their positions were strong enough to make demands. The clash of opinions should have led to discouraging results, which is what happened. The meetings were canceled, not really starting yet. Nothing has been settled. Here is an excerpt from the WSJ:

“About half a dozen cities and towns became the target of a new offensive of the regime, and they have one thing in common: all of them were held by a jumble of Islamists and moderate rebel groups funded by Saudi Arabia and Turkey. The picture is further complicated by the fact that some, although not all, of these groups are collaborating with the al-Qaeda Front of al-Nusra. This gives the regime and its allies grounds to say that they are fighting terrorism. ” (“Saudi Arabia and Turkey pushed the Syrian opposition to abandon the negotiations,” Wall Street Journal)

This should dispel all illusions that the rebels who are trying to overthrow the government are simply disgruntled nationalists who have decided to dislodge the “evil dictator”. The point is not at all in this. Although there are a number of local rebels, most of them are Sunni extremists, who are trying to overthrow Assad and create an Islamic Caliphate. That is why Moscow refused to introduce a cease-fire during the negotiations in Geneva. Russia is resolutely against any measures that allow internationally recognized terrorists to avoid a well-deserved punishment.

Kerry was deliberately misleading in this regard. Just last week, he said: "Russia has clearly shown me that they are ready for a cease-fire ... The Iranians confirmed in London just a day and a half ago that they now support a cease-fire."

This is a lie, and Kerry knows this very well. Moscow tried to show flexibility with regard to the so-called “moderate” opposition forces, but when it comes to ISIL, Jabhat al-Nusra, Jaish al-Mojaheddin, Harakat Nuriddin al-Zinki and Harakat ash-Sham, the leaders of Russia constantly repeat that they will not stop until these jihadists are killed or captured. That is why Russia continued its air strikes at the time of Geneva - after all, the majority of the militants in Aleppo are notorious terrorists.

It is worth noting that the Russian-led offensive is clearly consistent with UNSC resolution 2254, which states:
... Member States to impede and repress terrorist acts committed, inter alia, by the Islamic State in Iraq and the Levant, the Al-Nusra Front and other individuals, groups, enterprises and organizations associated with al-Qaida or ISIL and other terrorist groups [.. .] and to exterminate the asylums that they organized in a large part of Syria, and it is noted that the above-mentioned cease-fire is not applicable to offensive or defensive actions against these individuals, groups, enterprises and organizations, as set out in phenomenon Syria International Support Group on November 14 2015 years. " (Thanks to Moon of Alabama).

In other words, Moscow is not going to follow any cease-fire that would protect deadly terrorists or undermine UNSC resolution 2254. Russian military operations will continue until ISIS, al-Nusra and other militant terrorists are defeated.

And even so, Kerry did not go down the diplomatic path. In fact, Kerry plans to meet with Russian Foreign Minister Sergei Lavrov in Munich 11 February at a meeting of the International Syria Support Group to discuss "all aspects of a Syrian settlement in accordance with UN Security Council resolution 2254."

The emergency meeting underlines the extreme despair of the Obama administration in the face of the inevitable offensive led by Russia. Now it became clear that Obama and his subordinates see the letters on the wall and understand that their sinister plan to use the puppet army to dislodge Assad and split the country into three impotent regions is doomed to failure. Here’s how ISW summarized the Sic Semper Tyrannis website:
“The final terms of the settlement for ending the Syrian civil war will be determined not by the policies of the great powers, but by the military realities. Syrian President Bashar al-Assad and his allies in Russia and Iran learned this basic principle, although Washington and other Western capitals pinned their hopes on UN-supported negotiations in Geneva, which hit the obstacle only two days after the start, February 1 2016. Russian air strikes and Iranian military personnel promoted President Assad to complete the encirclement of Aleppo, the largest city center in Syria and the opposition stronghold from 2012 ... The complete encirclement of Aleppo will strengthen the humanitarian catastrophe, crush the morale of the opposition, fundamentally hit Turkish strategic ambitions and deprive the opposition the most valuable trump card to the international community. ” (“ISW understands realities in western Syria“, Institute for the Study of War (ISW)

Last week, the war in northern Aleppo changed the battlefield and shifted momentum in favor of the government, but has not yet weakened support for jihadists in cities such as Ankara or Riyadh. In fact, the Saudis offered to deploy ground troops in Syria, provided that they were under US command. As for Turkey, according to The Hill: “The Russian Ministry of Defense accused Turkey of planning a military invasion of Syria”; here is another from the same article:
“The Russian Ministry of Defense has recorded a growing number of signs of the covert preparation of the Turkish armed forces for active operations in Syria,” said the ministry’s spokesman, Igor Konashenkov ... Russia stated that it had “good reasons to suspect Turkey of intensive preparation for a military invasion "To Syria". (The Hill)

Turkish officials have denied preparations for the invasion, but at the same time, President Recep Tayyip Erdogan acknowledged that Turkey will not stand aside if she is invited to participate in a future campaign. Here is from Bloomberg News:
“President Recep Tayyip Erdogan said that his country would not repeat the same mistake in Syria as it did in Iraq when it rejected the US demand to join the coalition that overthrew Saddam Hussein.

“We don’t want to fall victim to a similar mistake in Syria,” said the president, recalling how the Turkish parliament rejected the US request to use Turkey’s territory to invade Iraq in 2003. “It is important to see the horizons. What is happening in Syria can only last for a while. At some point, everything should change, ”he told reporters on the way back from a trip to Latin America, according to the Hurriyet newspaper.” (“Erdogan gives a signal that Turkey will not stand aside on the issue of Syria if it is asked to participate,“ Bloomberg)

Although it is not known whether Turkey, Saudi Arabia or the United States would actually invade Syria, it’s obvious - by a panic reaction to the Aleppo entourage - that all three countries understand that their regional ambitions are closely related to jihadists than to the elected government in Damascus. This silent alliance of militants and their sponsors says a lot about the authenticity of the fake Washington War on Terror.

Finally, in less than five months, loyal to the government forces, under the powerful Russian air cover, shifted the balance of power in Syria, forcing thousands of militant terrorists to flee their strongholds in the western part, clearing the way for the return of millions of refugees and displaced locals and hindering a dangerous plan to reshape the country so that it better serves the geopolitical interests of Washington.

The war is far from over, but it is starting to look like Putin’s risky game does bear fruit.