Why Erdogan threatens and hysteria 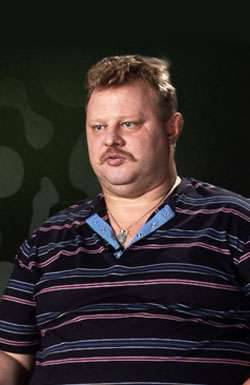 Turkish President Erdogan launched a series of accusations against Russia. In fact, the main refrain of this accusation was that Russia behaves in Syria as an occupier. In fact, he accused Russian President Vladimir Putin of occupying Syria. At the same time, Erdogan threatened to use all the forces and means available in his arsenal to prevent this “occupation”. Specifically stipulated that Turkey will no longer repeat the mistake of the times of the Gulf War, when it refused to join the coalition against Saddam Hussein, and welcomes any coalition to influence Assad and Russia.


In support of the belligerent position of Ankara, statements were made by Riyadh: Saudi Arabia also stated that it was ready to launch a military operation in Syria, though without specifying whether it was going to fight ISIS or against Assad. Of course, the Saudis have less military capabilities than Erdogan, and a large part of them are now involved in the Yemeni conflict with the Hussites. But Saudi Arabia is leading a whole coalition in this conflict, which includes many states in the region, including Qatar, Kuwait and even Somalia. But the Saudis and their allies can use their forces in Syria only from the territory of Iraq "under the umbrella" of the United States. To transfer them to Turkey and act from there is a task practically impossible for them.

But regardless of whether the Turks act alone or with the support of the Saudis, their military invasion of Syria would mean a violation of its sovereignty, which will be the subject of litigation by the UN. However, the Turks have a precedent of Northern Cyprus, so the UN resolutions themselves are unlikely to stop them. But the actions of the Russian armed forces, the Syrian and Iranian armies - completely. Since in the case of Turkish aggression, the 1980 law of peace and friendship with Syria will come into effect, according to which the Soviet Union (and its successor in the person of the Russian Federation) is obliged to provide any military assistance in case of external aggression. It is clear that in this case, Turkey is playing a game that can cost her dearly. The Turkish armed forces in the region are the most powerful. But, of course, they can not be compared with the military power of Russia. Turkey, of course, is counting on the help of the countries of the NATO bloc, of which it is a member. But as far as NATO will be ready to intervene and come to the aid of Turkey, if Turkey actually invades the territory of a third country and unleashes a war, the question is open.

Today, under the arms of Turkey is about 300 thousand soldiers and officers of the ground forces, about 80 modern combat aircraft, which one way or another can be used against Russia. Virtually no shock aviationthat could work on goals on earth, and there are about fifteen hundred tanks all modifications that one way or another can be thrown into battle. But at the same time, the terrain on which Turkey can start hostilities will prevent wide and rapid advancement. This is a mountainous and wooded area in which most of the Turkish advantages will be leveled, given the enormous combat experience of the Syrian army and the militias that are fighting there.

It is clear that in this case, of course, Turkey will have to face the impact of the Russian videoconferencing. The strike force in Syria is quite capable of inflicting a very serious defeat on Turkey. In fact, Turkey will have to choose between big and very big wars - with completely unclear prospects. What makes Turkey act so recklessly and so adventurously? Of course, the main problem here is Erdogan’s huge geopolitical plan, which is derailing today. The plan for the division of Syria, the restoration of some huge new Turkey, the new Ottoman Empire, led by Erdogan himself, who aims to restore the brilliant Porto almost in the power and glory of the XVII century. Many billions of dollars have already been spent on the implementation of this plan. It was within its framework that Turkey actually unleashed a war on the territory of Syria, connecting to it other candidates for the "Syrian pie" section represented by Saudi Arabia, Qatar, etc. But with the activation in this region of Russia, with the start of the operation of its VKS in Syria, this plan began to rapidly roll down the slope.

Today, when pro-Turkish groups in northern Syria are almost completely defeated, when the area around Aleppo is being cleared, and until the full control of official Damascus over the border remains, only a few days remain for Turkey, an hour comes for Turkey. will have to leave big politics: both world and Turkish. Therefore, he threatens and hysteria. What will be Russia's response to these threats? In my opinion, it is already completely obvious. Beginning in the troops of the Southern Military District, the combat readiness test should cool the Turkish rage. Russian Defense Minister Sergei Shoigu said that the purpose of this action is to check the capabilities of the transfer of forces and equipment to different regions, as well as the use of all the most modern types of weapons and combat control systems. For those who are closely monitoring the situation and are engaged in military analysis, it is clear that Russia will not succumb to Ankara’s blackmail and is ready for any developments in this geostrategic direction. So, in which case, Erdogan and Co. really "will not get off with some tomatoes."

Ctrl Enter
Noticed oshЫbku Highlight text and press. Ctrl + Enter
We are
A great interview with Sergey Lavrov: about Ukraine, Obama and IranWhat you didn't want to know about England
169 comments
Information
Dear reader, to leave comments on the publication, you must to register.