Russia is invited to the war

February 15 2016
106
Not every invitation can be refused, for example, an invitation to war. However, you can choose weapon and the battlefield. Russia chose VKS and Syrian theater of operations. 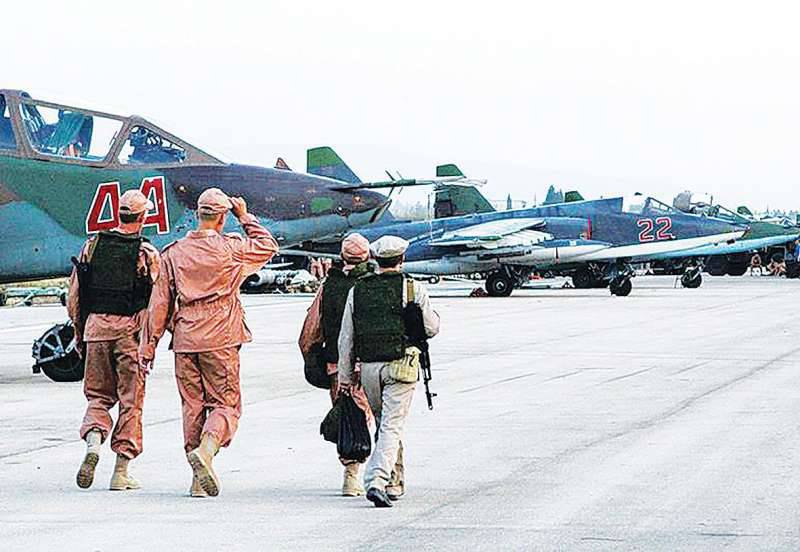 Something has changed dramatically in the world after 30 September 2015, when the Russian Aerospace Force, as always, unexpectedly for the United States, landed in Syria in the province of Latakia. After that, the sluggish confrontation between Russia and Washington and the West in general began to worsen.

The formal end of the Minsk agreements on Ukraine 1 January 2016, and then their verbal extension was crowned with the Kaliningrad Summit of Nuland - Surkov on the unexpected initiative of the American side. According to Surkov’s Assistant to the President of Russia, this was a “brainstorming”, Western newspapers ascribed to the US Assistant Secretary of State the rescuer of the world gesture, she warned Russia about the “inevitable attack by NATO”. If Russia does not accept a certain ultimatum?

By the way, shortly after the Kaliningrad summit, the NATO attack on Russia did happen - a propaganda attack. The BBC acted as shock information troops, bombarding with scandalous television films the commander-in-chief of Russia, President Vladimir Putin. Having spat on his own reputation, the former solid edition made the most horrible accusations of the murder of the agent MI-6 Litvinenko in London, and corruption in Russia against V. Putin. Having thought it, it also broke out with a film about a possible Russian nuclear attack on one of the western countries.

What pressure was put on the BBC? Probably no less than the US State Department itself, along with hints of its editorial MI-6 about the fate of unfortunate Litvinenko, as well as the untimely death of a British lord, the owner of the Abracadabra nightclub, which Litvinenko visited before meeting with Moscow “FSB agents”, leaving an ominous polonium trace MI-6 ...

However, such a powerful propaganda attack by NATO, supplemented by the attack by Turkey of the Russian Su-24 in the skies of Syria, with a refusal to apologize and threats to carry out an attack on Syria, do not make any impression on Russia. She leads some of her own game, and only strengthens the grouping of the VKS in Syria, and alerts the troops of the South-Western military district.

Russia froze the Ukrainian ground where they invited her to make war, Z. Brzezinski and other gray American cardinals frankly wrote about this, because there is no point in fighting a dog: you need to fight a dog owner. On the other hand, Ukraine would have turned into “Syria” ... Therefore, despite the already inhuman doses of Russophobia, which Bandera’s media is driving into Ukrainians, apparently on the recommendation of the CIA, Russia does not react to this hysteria.

But in Syria, through Syria, the American owner of Bandera can be touched for sensitive oil-bearing places. In Syria, Russia is ready to fight, understood in Washington, and to fight by its own rules, acting as a VKS scalpel, relying on the army of the legitimate president of Syria, Bashar al-Assad and other regional forces.

Western interests in Syria are already seriously undermined, Syrian troops are reaching the Turkish border, the key foothold of pro-Turkish “moderate terrorists” - Aleppo is on the verge of encirclement, and no maneuvers of Turkish troops on the border result in a decrease in the number of strikes by the Russian AF and suspension of the Syrian army.

Moreover, Washington reversed. There is no real strengthening of the American grouping around Syria, on the contrary, the United States seems to be throwing Turkey, allegedly because of disagreements over the Syrian Kurds, and earlier they had distanced themselves from Saudi Arabia, allegedly because of the execution by the Saudis of Sheikh al-Nimr.

Perhaps America is stunned somewhere in the depths of its White House: she realized that Russia was ready to fight seriously on American territory too, when the Russian Aerospace Forces unexpectedly and fearlessly landed in Syria when there were only a few weeks left before the fall of Bashar Assad. That is, the VKS of the Russian Federation landed in Syria literally into hell ... It clearly indicated that Russia would not discuss its actions with anyone, want to fight - please, at least until Washington ...

Hence the propaganda hysteria of the BBC: everything that has been acquired by unsustainable labor in the Middle East is crumbling! Americans are more restrained: they are not ready to fight on their territory with Russia, and they distance themselves from Turkey and Saudi Arabia.

So, Russia agreed to the war in Syria. The general and analyst Leonid Ivashov in the program of V. Solovyov from 07.02.2016 said that he had recently been to Iran, and then made a prediction: "What is happening is the prologue to a big war in the Middle East." If Turkey and Saudi Arabia invade Syria, Russia will end up with the endlessly incomprehensible truth: ISIS is the forward unit of Erdogan, and the al-Nusra group is al-Qaida, raised by Saudi Arabia, and will offer the West to make its choice.

The next Munich Security Conference did not bring visible results, neither in Ukraine nor in Syria, most likely, there are no invisible ones either. However, there were no harsh words and speeches. Presidents and world premieres of the Duma think ...

However, Dmitry Medvedev made one significant statement: “Almost every day we are declared the most terrible threat for NATO as a whole, now separately for Europe, now for America and other countries. They make frightening films in which Russians start nuclear war. I sometimes think: are we in 2016 today or in 1962? "

Ctrl Enter
Noticed oshЫbku Highlight text and press. Ctrl + Enter
We are
ARMY-2016. Cluster VCS. Part of 2. Space is space!Results of the week. "The attraction of unheard of greed!"
106 comments
Information
Dear reader, to leave comments on the publication, you must to register.