Garbage "Mordor" against a military airfield in Borisoglebsk

February 15 2016
55
The town of Borisoglebsk, Voronezh Region, is known for the richest traditions of training military pilots. In the 20-s of the last century, a flight school appeared in the city, which, changing its name and format, gave a ticket to the flight life of hundreds of professionals in their field, including a whole galaxy of famous pilots: Valery Chkalov, Vladimir Kokkinaki, Pavel Kamozin, Nikolai Kamanin, Peter Yakubovsky, Sergey Bogdan, Oleg Novitsky. A graduate of the Borisoglebsk Higher Military School of Pilots is the acting commander-in-chief of the Russian Aerospace Force Viktor Bondarev (graduation 1981 of the year).


In the 90s, the Borisoglebsk military school, repeatedly changing the name and structure of subordination, experienced, like the whole country, difficult times. However, the 90s were left behind, and, fortunately, the rumble was heard again over Borisoglebsk aviation engines - practical exercises in the air on the new Yak-130 are practiced by cadets and servicemen of the Borisoglebsk air base, which is structurally part of the VUNC VVS VVA named after N.E. Zhukovsky and Yu.A. Gagarin.

It would seem fit to celebrate the resumption of full-fledged training of personnel in the city with glorious military traditions, but suddenly a completely new problem arose. Is it again underfunding? Not. Shortage of airplanes for training cadets? Also no. The answer may seem unexpected. The problem was ... the city dump. Yes Yes. It is a dump or, as its official name states, a solid waste landfill, which managed to seize vast territories on the outskirts of the city - practically in close proximity to a military airfield. 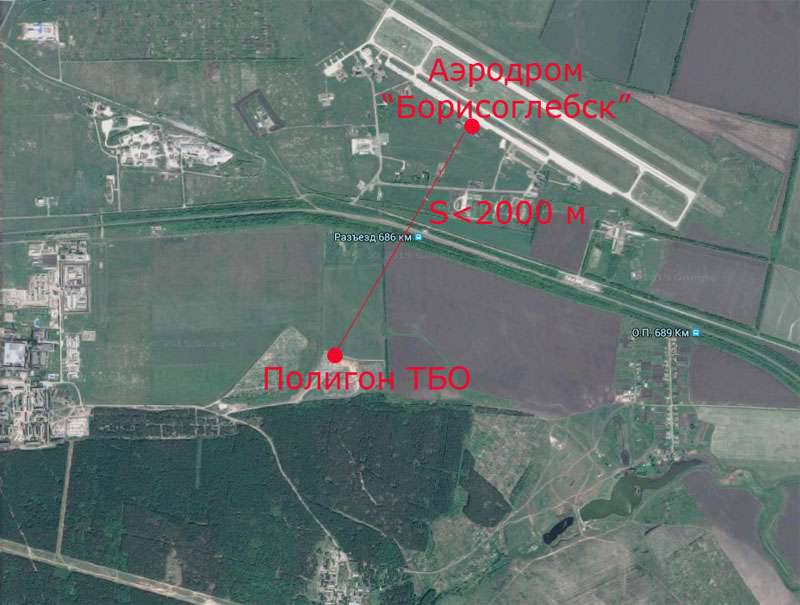 Based on these data, it can be stated that the landfill of municipal solid waste (landfill) of Borisoglebsky urban district is located in the approach line of aviation of Borisoglebsky air base. For a number of reasons, the fact that a landfill of a solid waste landfill gets into the belt of approaches of military, military transport, transport and other aircraft to the Borisoglebsk airfield leads to an increase in risks both during the approach of aircraft for landing and during their takeoff. 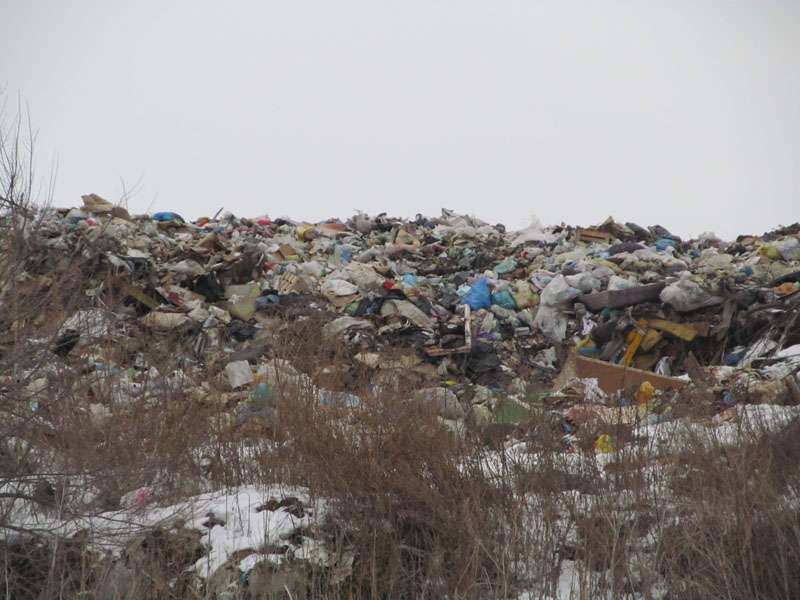 First, the landfill of solid waste is an object that attracts a huge number of birds. AT stories world aviation (and military including) birds often became the cause of air crashes. The fact is that the aircraft’s jet engine compressor experiences large radial loads when a foreign body (for example, a bird) hits it. In this case, the jet engine of a military aircraft during take-off (landing) operates at maximum load. These factors can lead to deformation and even destruction of at least one of the rotating blades, which in turn can cause the destruction of other elements and, as a result, disable the entire jet engine tract.

International statistics show that up to three-quarters of cases of collisions of birds with an airplane (birds get into aircraft engines) occur exactly at the moment when the planes take off or land. A large number of birds above the MSW landfill increases these risks many times.

Secondly, the Borisoglebsk landfill is often ignited (due to the work being done there or for other reasons). The smoke rising from the MSW landfill has already become the reason for the transfer of flights. Smoke curtain reduces visibility during flights, and landing in conditions of insufficient visibility leads to serious risks.

It is necessary to pay attention to the fact that the landfill of the Borisoglebsky urban district, located not far from the South-Eastern microdistrict and the village of Vodostroy, continues to expand. In the last 2-3 of the year alone, the area of ​​the landfill has grown by no less than 10%. Since the geographical features of the area do not allow the landfill to grow in a southerly direction - the opposite direction of the Borisoglebsk airfield, the increase in the area of ​​the solid waste landfill goes in the northern and northeast directions. This brings the city dump to a strategically important military facility, increasing the risks for the crews of combat aircraft.

During that time, during which in the area of ​​the MSW landfill, photographing was carried out, the garbage truck trucks systematically delivered new and new waste virtually as a string. And if in September-October last year, the local authorities tried to bring the test site into a more or less “presentable” look, then by February the city dump had once again become a local garbage “Mordor” with numerous crows circling over it. 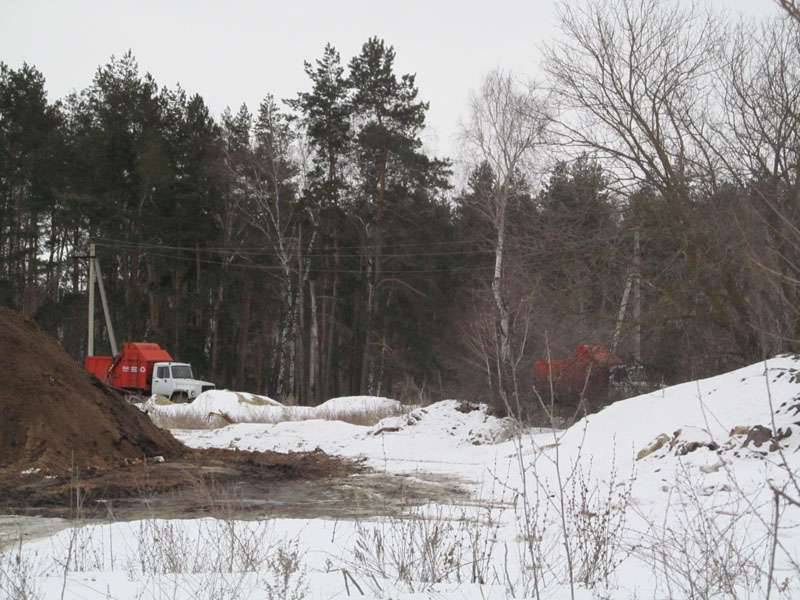 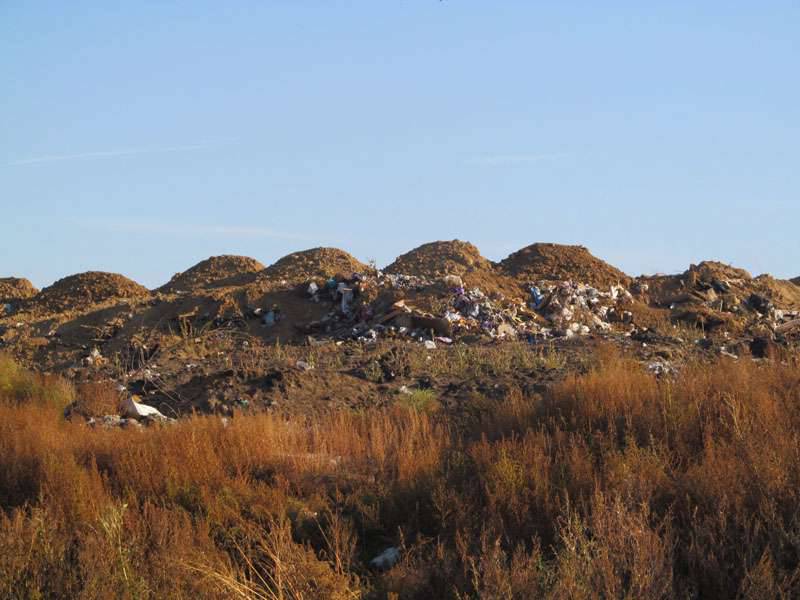 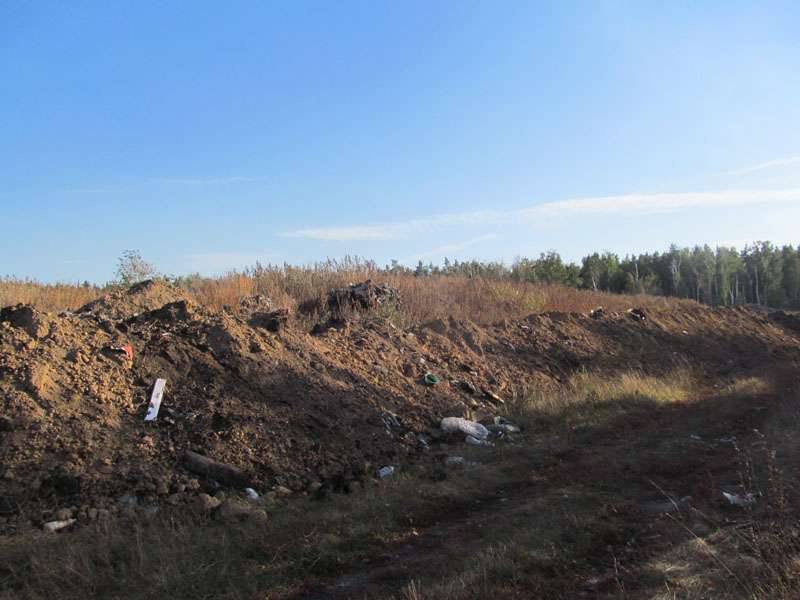 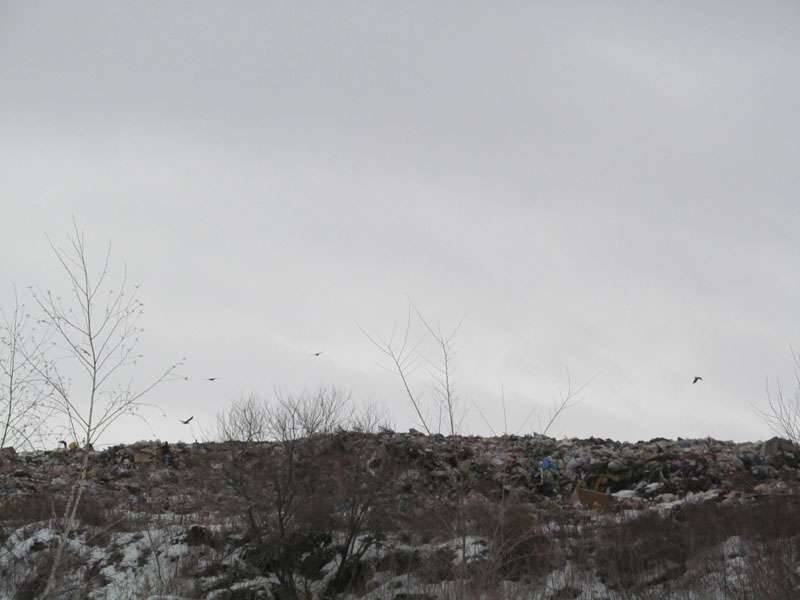 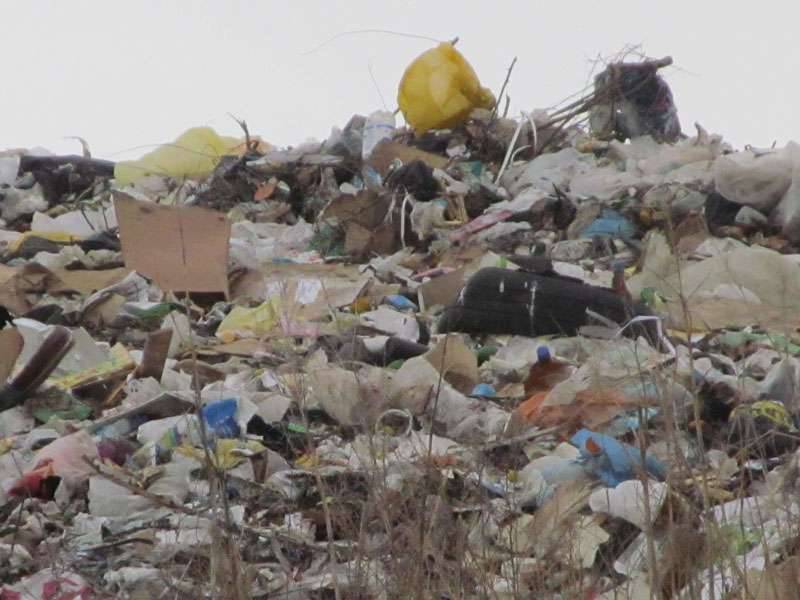 Moreover, in the zone, contact with the strip of approaches of military aviation, residential areas are located. This suggests that with these adverse factors significantly increases the risk on the ground. Weak visibility from approach strip smoke and the presence of a large number of foreign bodies (birds) in the air can lead to a situation of force majeure, when pilots have less opportunity to carry out an aircraft maneuver. Reducing the number of opportunities for maneuvering and can lead to a probable increase in risks for land facilities and residents of the city.

Scarecrows for birds installed near the runway of the Borisoglebsk airfield are one of the elements to increase safety. The alternative elements include the use of special sound signals that repel birds. But only these elements are able to play an important role in normal conditions - those when the number of interference in the air is not as great as when there is a “city side” at the airfield at the growing city dump.

The tower at a military facility is clearly visible from the "edge" of the landfill: 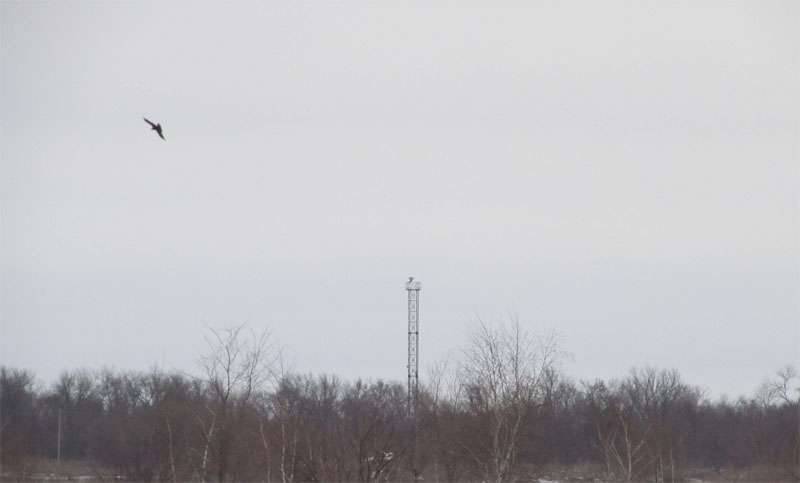 P.1.5 "The order of consideration, coordination and control over the construction of buildings and structures on near-airdrome territories, airways and MBL"
1.5.2 On the land adjacent to the territory of airfields, at a distance of 15 km, it is prohibited to place areas of concentrated emissions of food waste, landfills, construction of animal farms, livestock farms, slaughterhouses that contribute to the mass accumulation of birds.

From the Manual of operation of civil airfields of the Russian Federation:

5.4 PROCEDURE FOR CONSIDERATION, AGREEMENT AND CONTROL OVER THE CONSTRUCTION OF BUILDINGS AND CONSTRUCTIONS ON THE AIRCOMPOSITION TERRITORIES AND AIRLINES.
5.4.4. The development of cities and towns within a certain aerodrome territory is coordinated with the observance of safety requirements for aircraft operations and taking into account the impact zones of aircraft noise.
5.4.5. On the land adjacent to the territory of airfields at a distance of 15 km, it is prohibited to place places of concentrated emissions of food waste, landfills, animal husbandry, livestock farms, and slaughterhouses that contribute to the massive accumulation of birds.

The distance from the MSW landfill to the Borisoglebsk airfield in 10-15 is less than the minimum specified by the document!

According to the latest data, the city authorities are still going to carry out the transfer of the landfill to a new place (in accordance with the requirements of military manuals and manuals), but photos from the landfill site indicate that for the time being certain people from the municipal authorities are quite satisfied with the current situation - mountains of waste are growing higher and higher, and so that, if you do not take urgent and effective measures, the garbage must begin to dump directly onto the runway of a military airfield ...

The decision needs to be made without wasting time, since the number of flights at the Borisoglebsk air base will increase significantly already in 2017, since Borisoglebsk resumes training of senior students of the VUNC VVS VVA named after Y. Zhukovsky and Yu.A. Gagarin.

Ctrl Enter
Noticed oshЫbku Highlight text and press. Ctrl + Enter
We are
The head of the DPR visited Gorlovka, the cadets took the oath, and in the "Olympic" hosted the forum "Donetsk Republic"The first steps towards the revival of the Borisoglebsky Higher Military Aviation School of Pilots
55 comments
Information
Dear reader, to leave comments on the publication, you must to register.