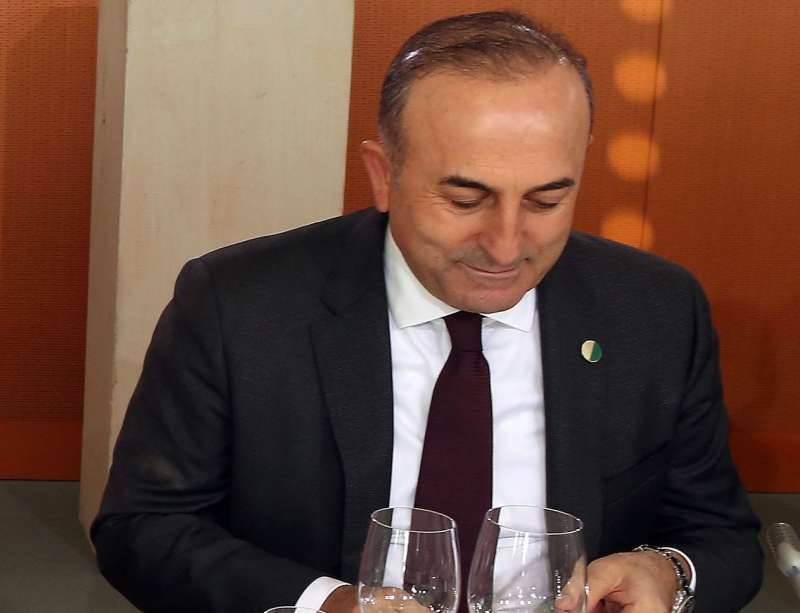 “The strikes are delivered, including against schools and hospitals,” said the Turkish Foreign Minister, speaking yesterday at the Munich Conference. “The victims of these blows (on Friday) were 16 people.”

Russian Foreign Ministry spokeswoman Maria Zakharova commented on her reaction to Facebook on the outcome of the negotiations of the International Syria Group:

“Well, it begins. Yesterday, before two o'clock in the morning, not the last people in the world worked on the Syrian truce. The statement clearly states: Damascus and the opposition must stop the violence, the fight against terrorism will continue.

Today, a well-slept representative of the High Committee on the Negotiations, Riyadh Aga, said that he would accept a truce in Syria only if the actions of the RF AUCF were suspended, otherwise it is unacceptable. According to him, "without stopping Russian airstrikes in Syria, there will be no stability and no truce will be achieved." I don’t envy the State Department now - they really tried very hard yesterday. ” 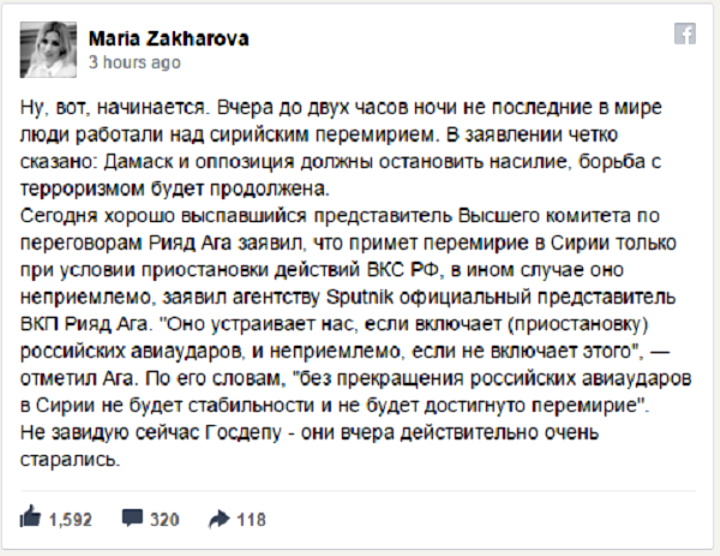 Ctrl Enter
Noticed oshЫbku Highlight text and press. Ctrl + Enter
We are
ARMY-2016. Cluster VCS. Part of 2. Space is space!Reports from the militia of New Russia for 7 September 2014 of the year
69 comments
Information
Dear reader, to leave comments on the publication, you must to register.