February 13 2016
47
Work on the creation of a light military transport IL-112 go on schedule, its first flight is scheduled for 2017 g, leads MIC a message from Deputy Defense Minister Yuri Borisov, who recently visited the Voronezh Aircraft Building Society (VASO). 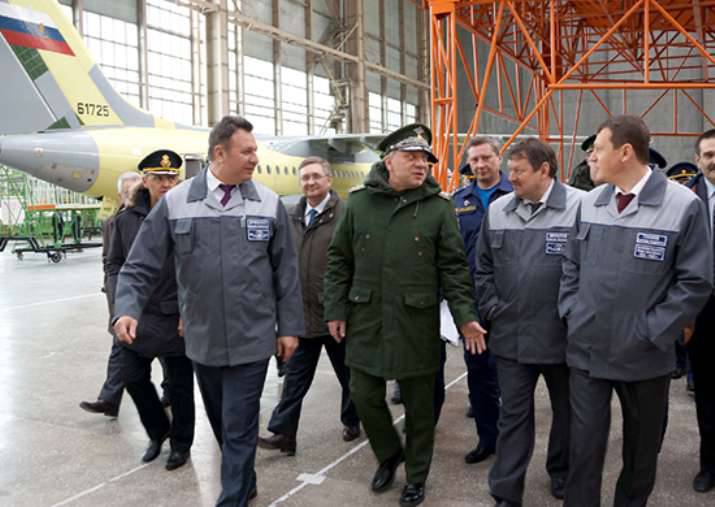 “United Aircraft Corporation has chosen VASO as the main manufacturer of these aircraft. We renewed the contract for their development. According to the plan, from the middle of 2017, the first flight should take place. According to the reports of the military missions, while the situation is under control, everything is going according to schedule, ”said Borisov.

In addition, "VASO develops special boards for top officials of the state based on wide-body long-haul IL-96 aircraft," the deputy minister added.

He noted that "the level of quality of military products has increased over the past three years and continues to increase."

“This year, on the instructions of the Supreme Commander of the Armed Forces of the Russian Federation, we will pay special attention to quality. February 15 we have planned to hold a conference together with the industry, where we will discuss issues of raising the level of quality, ”said Borisov.

In turn, the head of the UAC, Yuri Slyusar, expressed confidence that in the future the production of transport aircraft can be measured in "tens and hundreds of units."

“The collectives of the VASO factories and the Il company are doing everything in their power so that in July 2017 of the year IL-112 soars into the sky. This is a very ambitious task. We hope that the efforts undertaken by the VASO team will lead to the desired result. The car is very necessary, "- said Slyusar.

The IL company signed a contract with the Ministry of Defense in 2014 for the construction of two prototypes of the aircraft. In the future, aircraft manufacturers are hoping to receive an order for serial deliveries of vehicles that can start in 2019.

Ctrl Enter
Noticed oshЫbku Highlight text and press. Ctrl + Enter
We are
Competitions FSKN Rossi tactical shooting - 2014 yearAfter the fracture test. Military missions must be returned to production
47 comments
Information
Dear reader, to leave comments on the publication, you must to register.