Tunnel rats during the Vietnam War (history in photos) 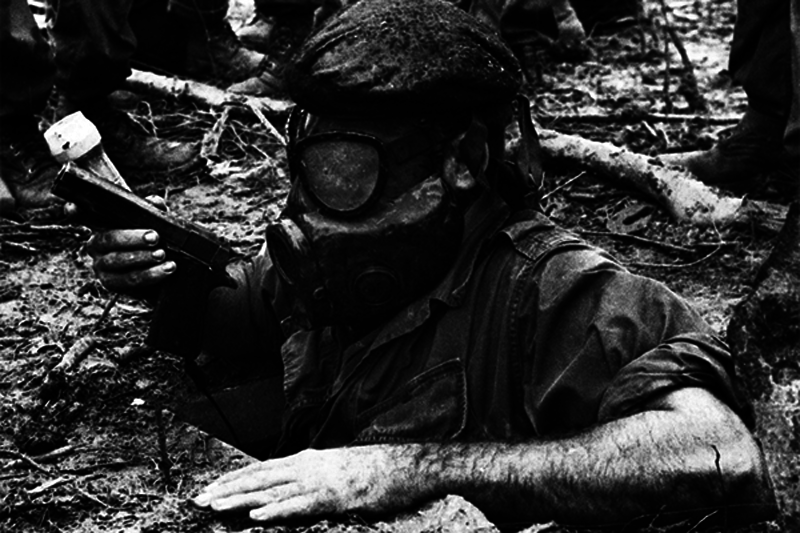 Tunnel rats called American, Australian and New Zealand soldiers who climbed into Viet Cong tunnels (soldiers of the National Liberation Front of South Vietnam) to kill any enemy there, gather any information, collect weapon and finally destroy the tunnels by laying explosives in them. The unofficial slogan of the rats was the Latin slogan “Non gratum anus rodentum”, which means “Not worth a rat ass.” Crawling through the tunnels required nerves of steel. 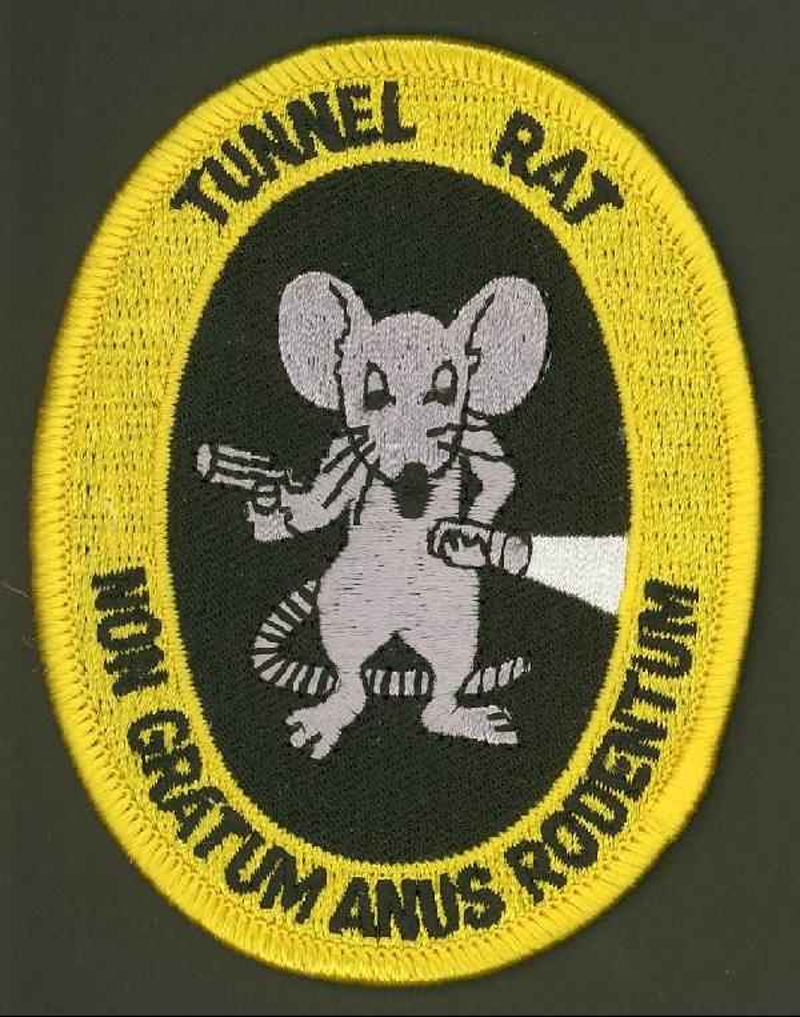 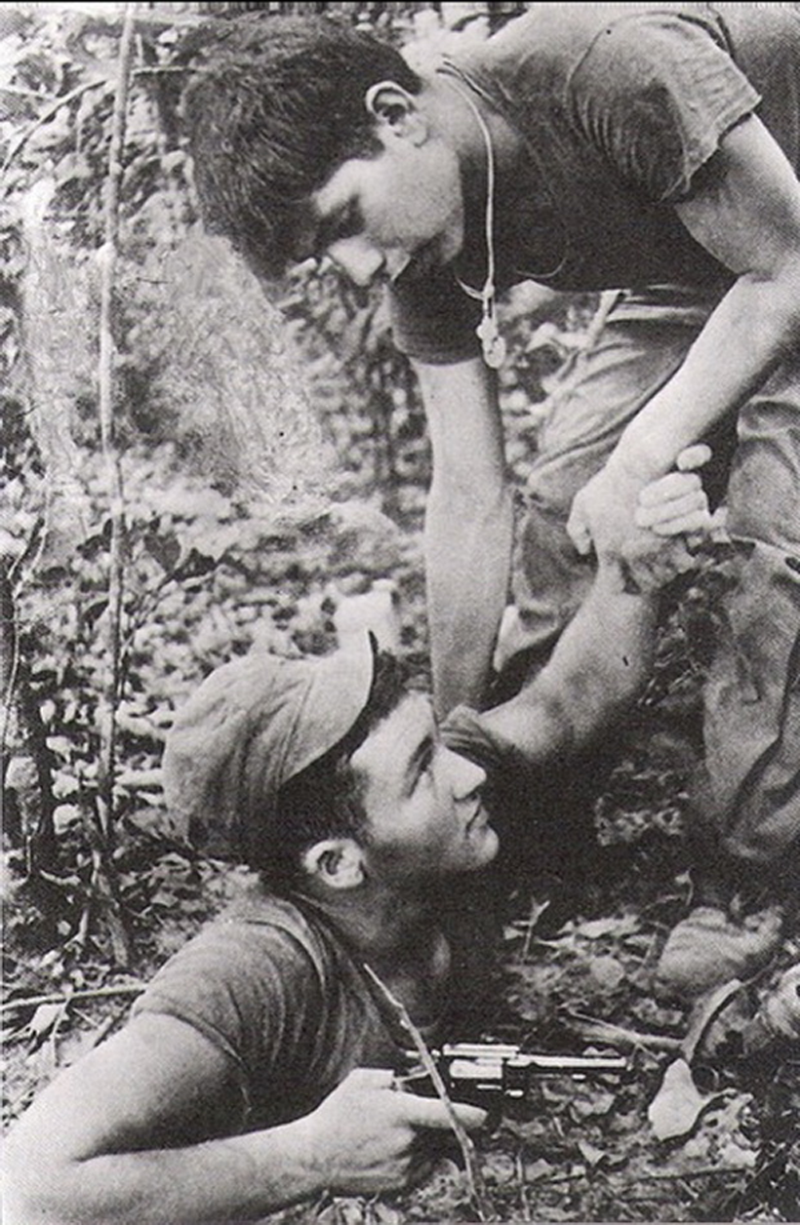 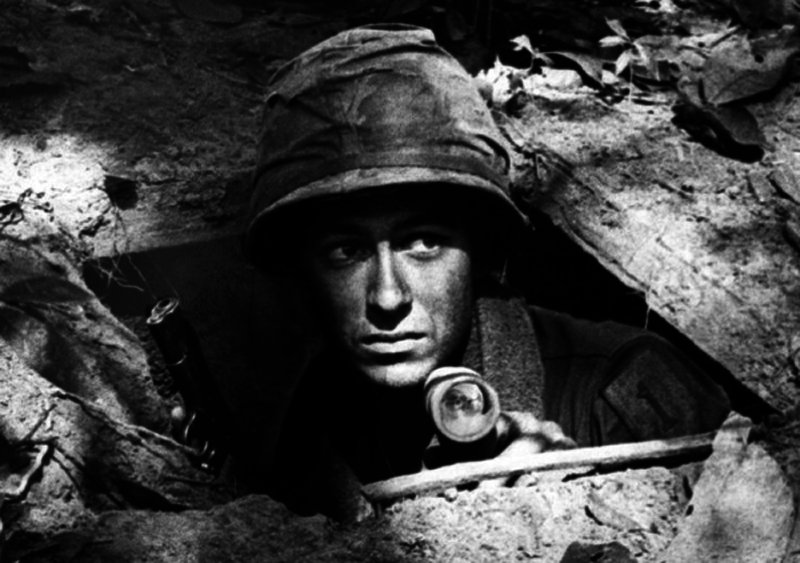 Initially, the tunnels began to dig during the war with the French for independence, but soon with the appearance of the Americans, their network quickly grew. Volunteers from nearby villages dug tunnels with hoes and baskets. The laterite clay, in which the tunnels were dug, has a dull reddish color and dries to a state of stone in the dry season. But during the rainy season, this clay is very soft and easy to work with. The natural feature of the lateritic clay to dry to the strength of the stone makes it excellent (if this definition is generally applicable to clay) as a material for laying tunnels

The passes themselves never broke through perfectly straight lines, rather they were made at angles of at least 60 degrees and no more than 120 degrees. This made firing at them impossible and helped to reflect the blast wave from a grenade thrown into the tunnel. 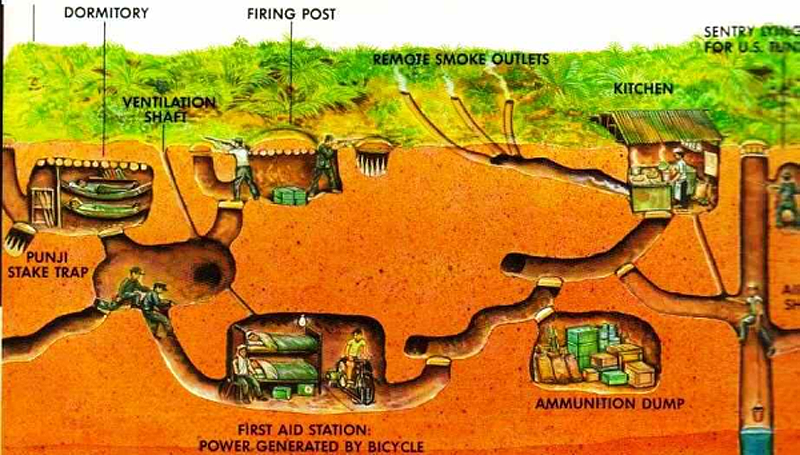 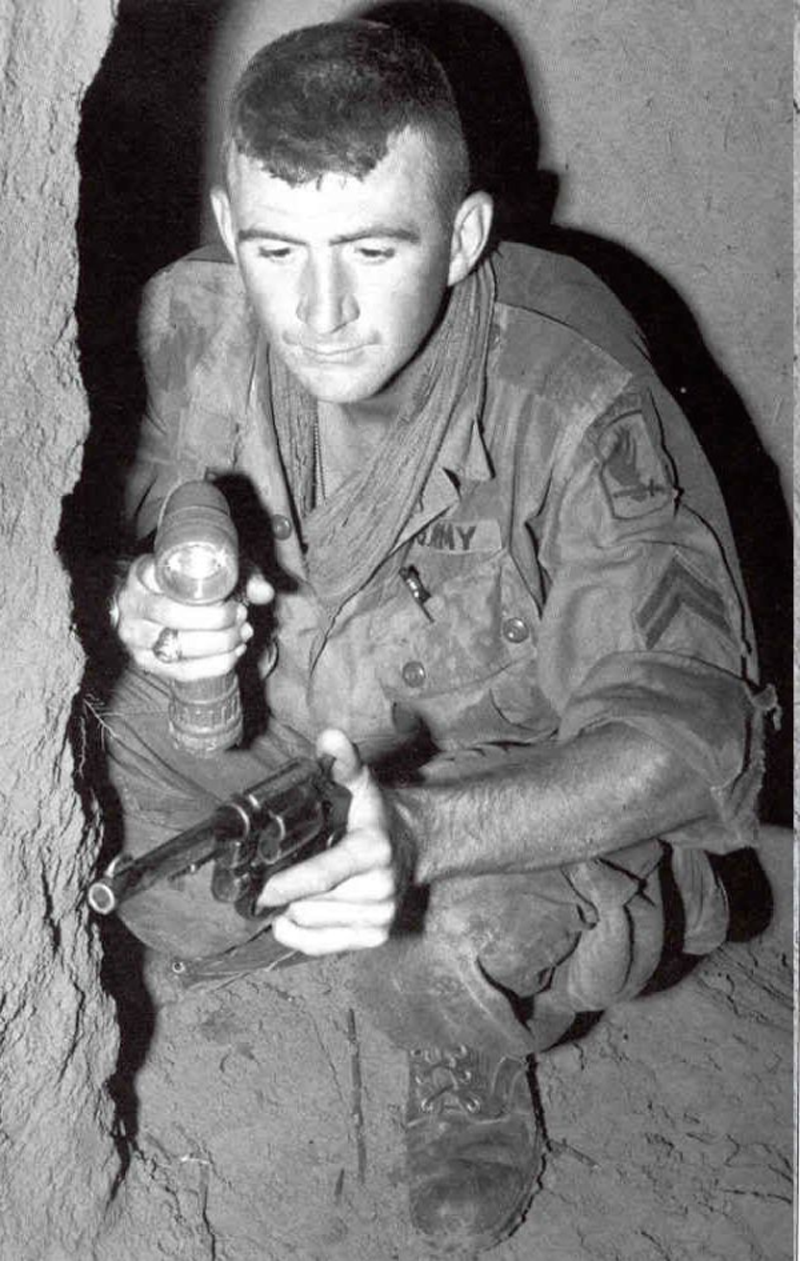 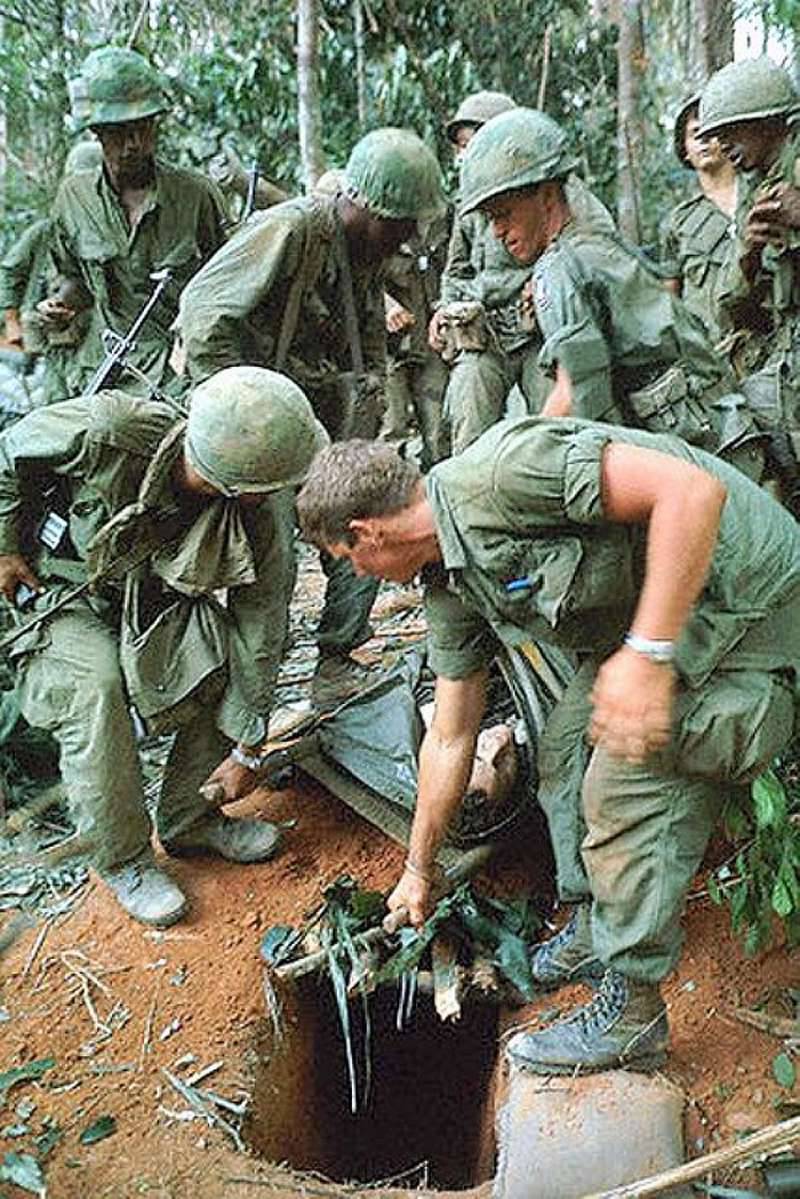 Tunnel systems (where the groundwater level allowed) had several levels, each level was separated by a watertight hatch that isolated the rest of the system from smoke, flooding, etc. In fact, these hatches could not be detected; a person standing in front of such a hatch could easily believe that the tunnel ends in a dead end, although in fact he could lead to a huge system with many passes. These passages could in turn lead to underground ammunition depots, kitchens, bomb shelters, hospitals, storerooms, workshops, latrines, and even theaters where political performances were staged. 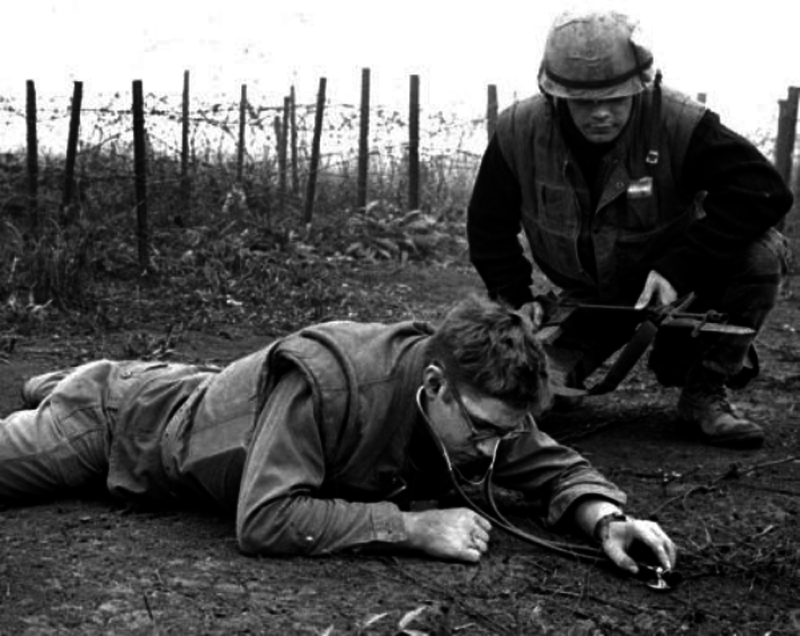 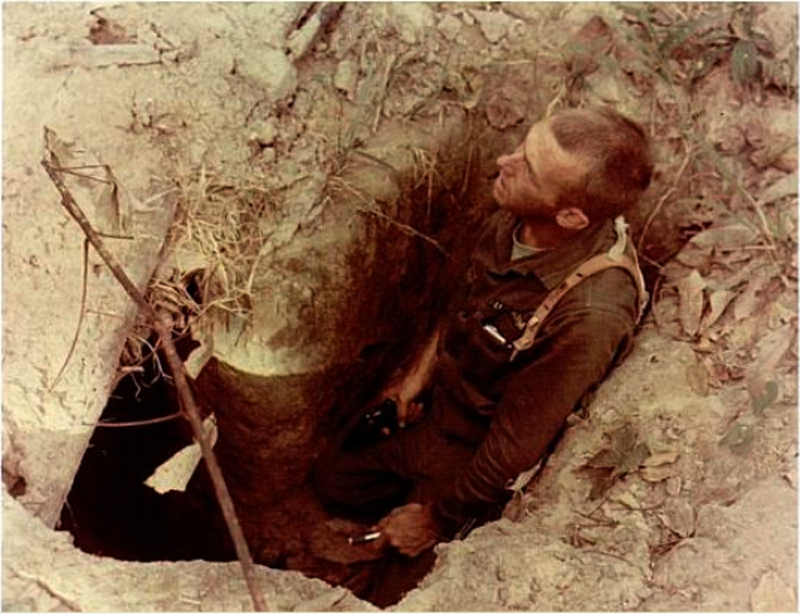 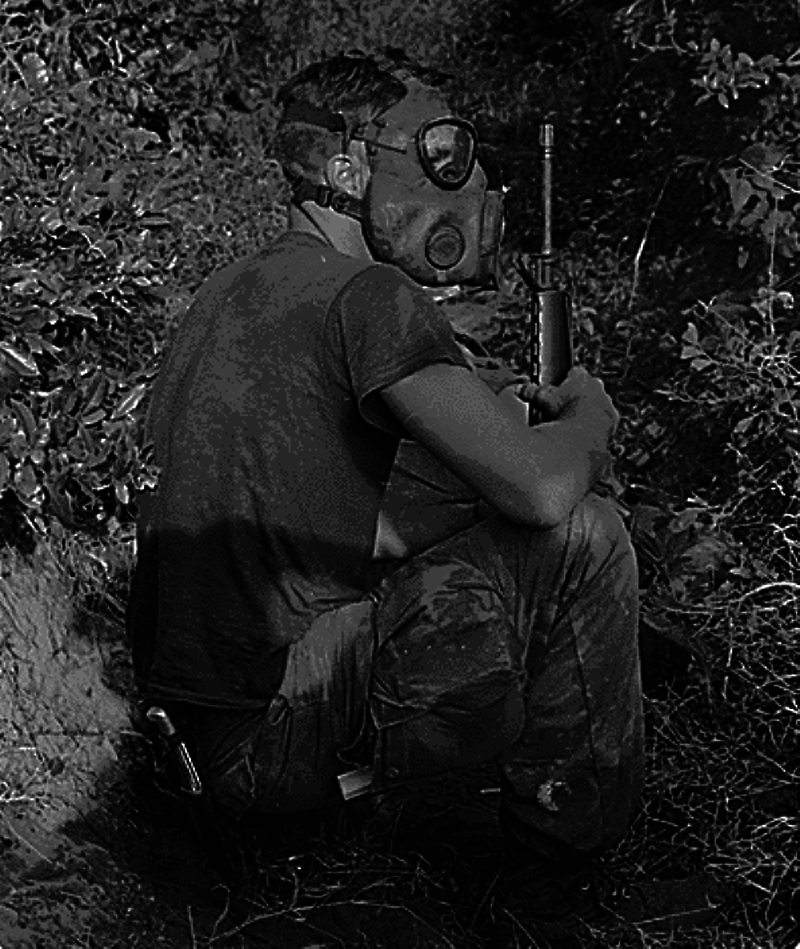 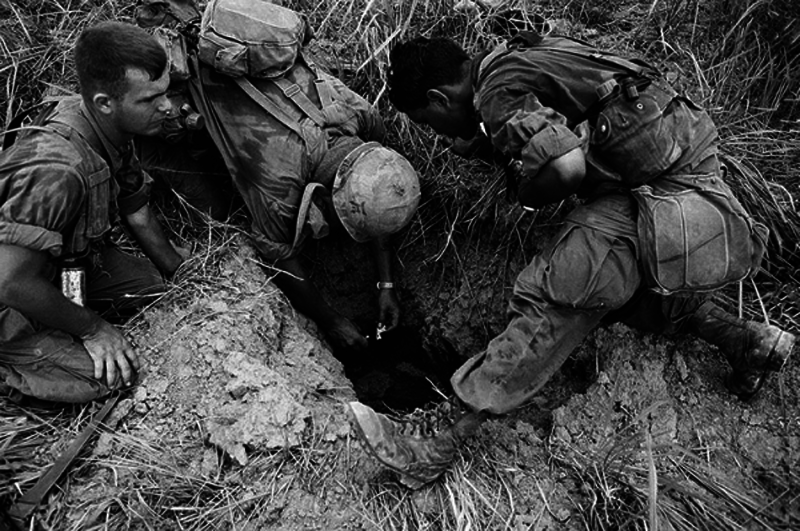 The Viet Cong also dragged the bodies of their dead comrades under the ground in order to bury them in temporary graves when it became impossible to bury them on the ground due to the presence of the American and Australian military. After the body was dragged under the ground, it was buried in the fetal position in the wall of the tunnel and covered with a thin layer of clay. 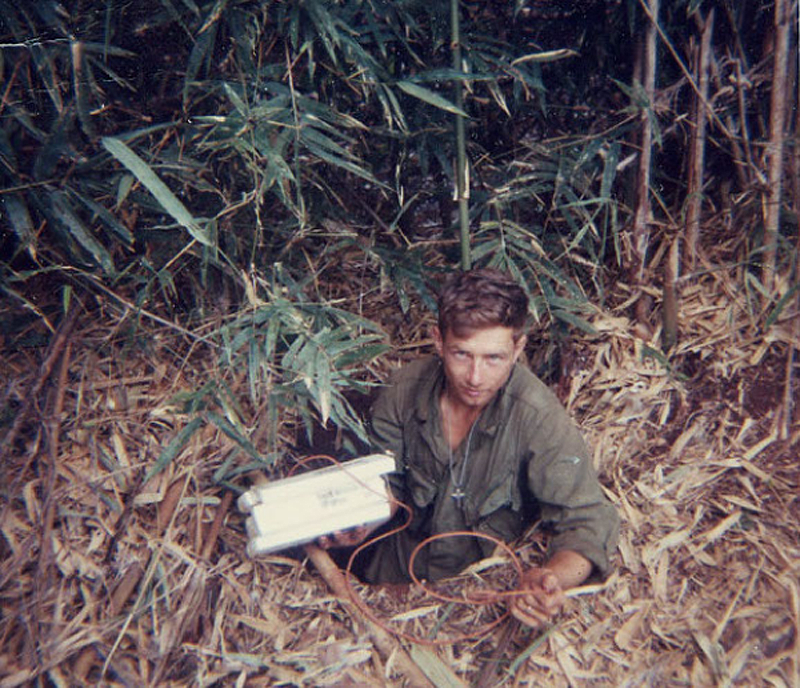 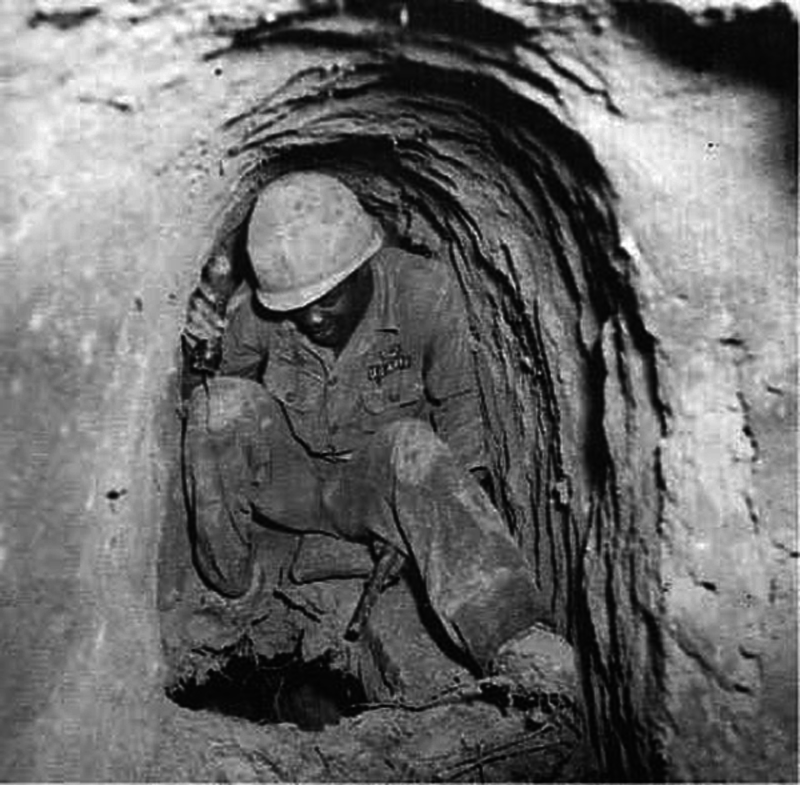 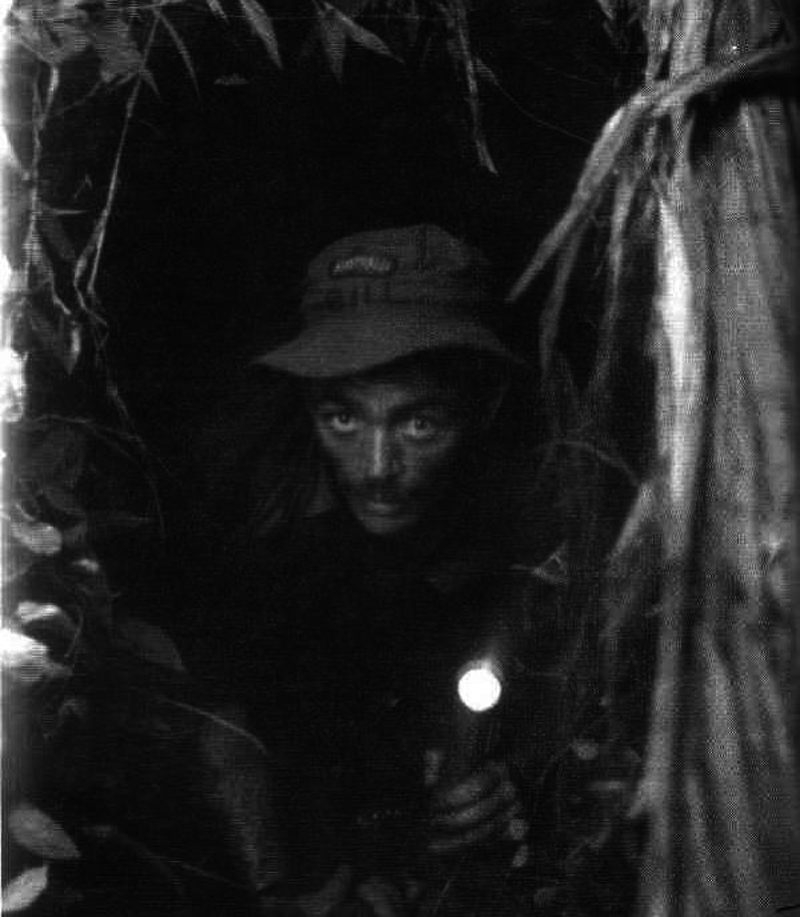 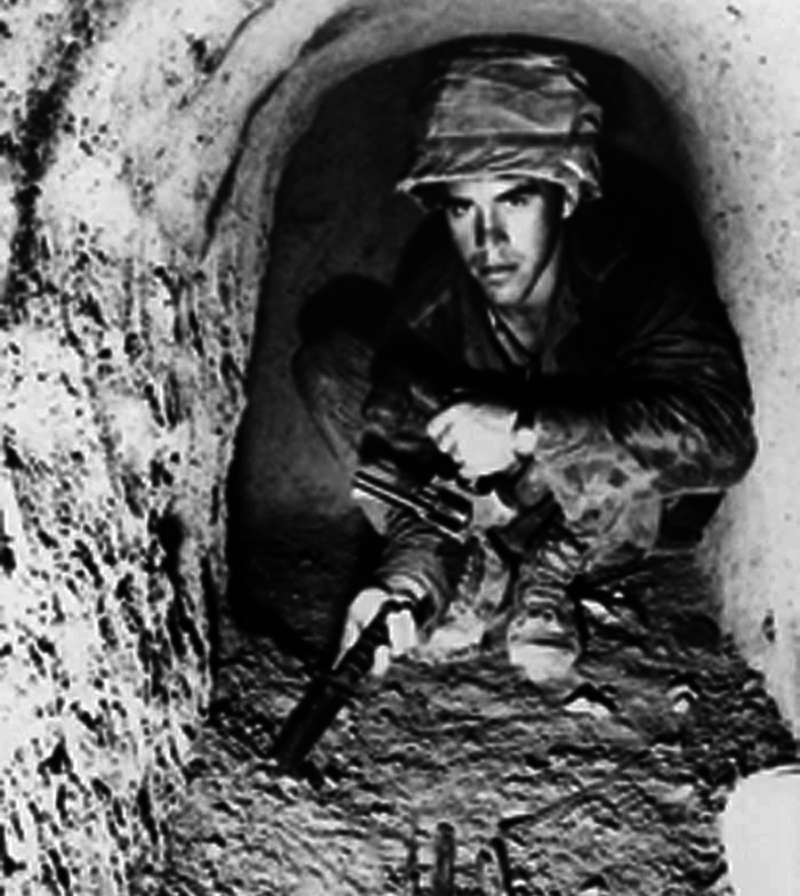 The common practice of the American troops with the aim of forcing the enemy to leave the tunnels was to seal the entrances or throw more tear gas grenades in order to smoke out the Viet Cong.

When the American troops began a massive search and destruction operation of the Viet Cong in the forests of Bo Ho northwest of Saigon, they suffered serious losses, but the enemy usually disappeared when the Americans began their pursuit. Later it turned out that the Viet Cong used complex tunnel systems for movement and ambushes.

The sergeant of the Australian army, pursuing the Vietnamese, climbs into their tunnel (photo below). 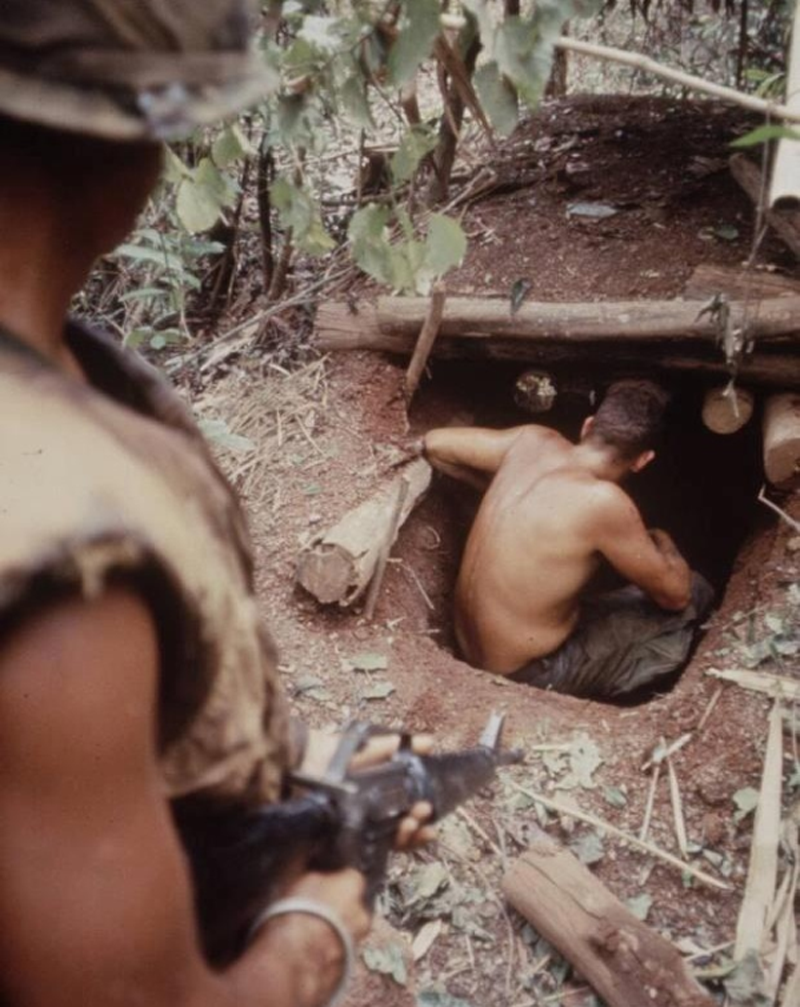 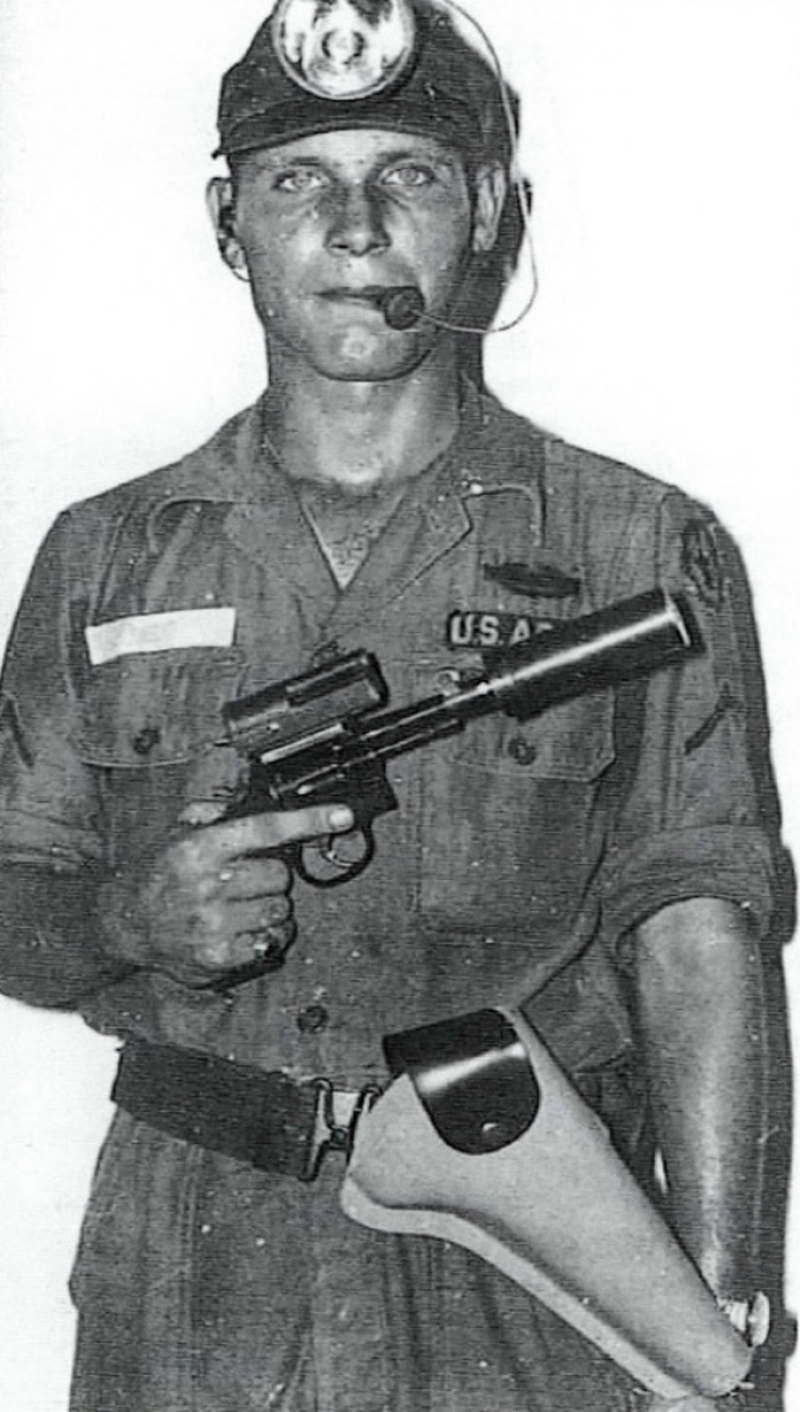 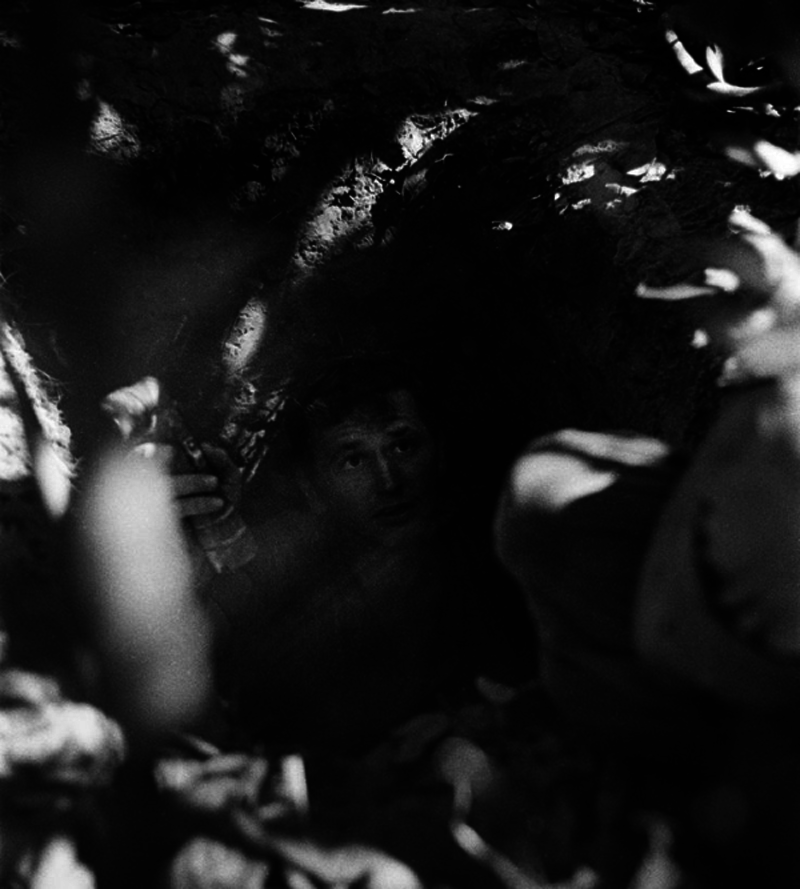 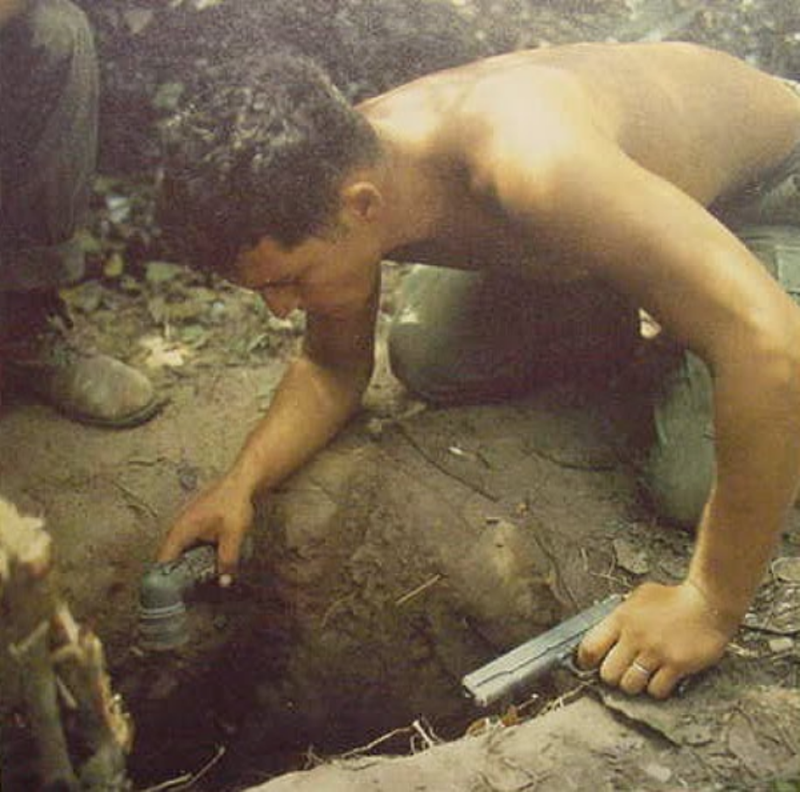 In the tunnels, soldiers faced serious dangers, the most famous and insidious were mine traps, pressure bombs, traps with pointed stakes, snake traps (Viet Cong tied a snake, such as bamboo kuffia, which differed in hemotoxin poison [blood poisoning] to the ceiling, bushes so that bit an unsuspecting enemy in the neck, face, or hands. The Viet Cong hid snakes in backpacks, crates, etc.) and, finally, simple mines.

Also, the enemy arranged an ambush. In addition to the usual ambushes, some tunnels had special holes in the walls, through which the Viet Cong pushed the stakes and pierced any uninvited guest.

Sometimes the Viet Cong waited for the enemy at the secret hatches and entrances to the tunnels and then killed him with stakes, axes, knives, in general, everything that was at hand.

Some non-lethal dangers included flocks of rats, spiders and famous Vietnamese fire ants. Yes, in the end, you could easily get lost in the maze of tunnels! 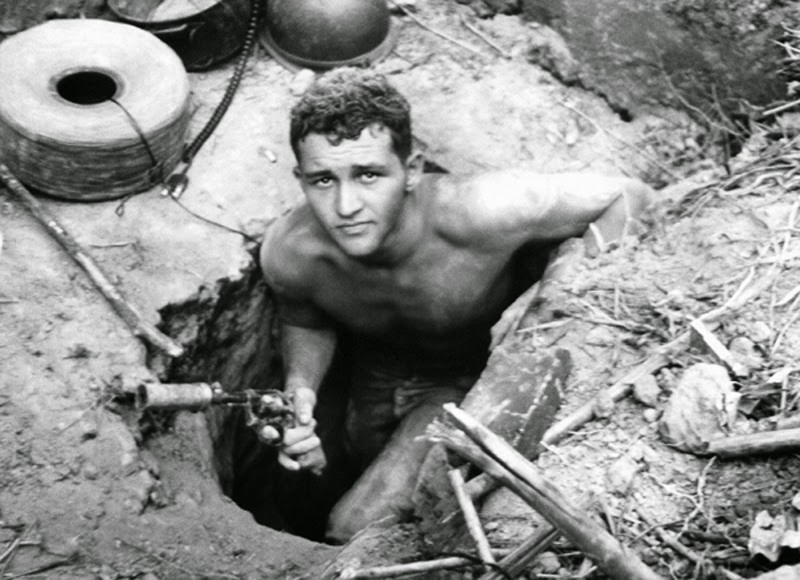 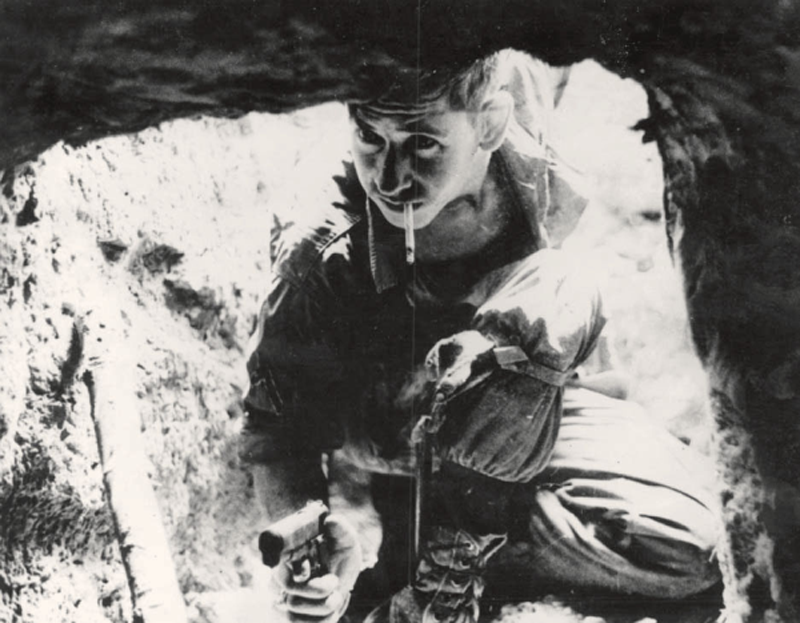 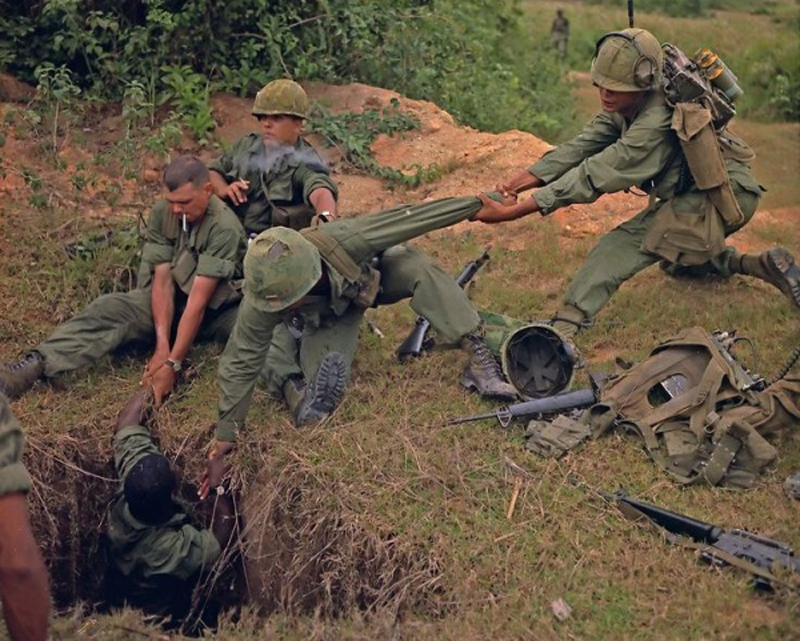 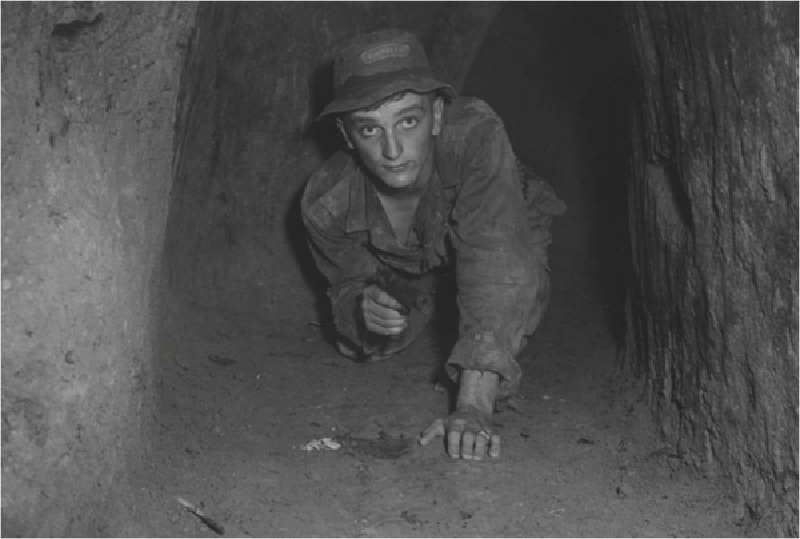 Upon detection of the entrance to the tunnel, the soldiers checked the surrounding area for any traps and surprises and neutralized them when detected, and then a grenade was thrown at the entrance of the tunnel.

Then the "pioneer" was lowered into the tunnel headfirst, while comrades held him by the legs. In his right hand he usually held a pistol, and in his left a flashlight. He could see any Vietcong and probed the walls and the ground for traps and mines. A rope was tied to it so that in case of an unforeseen situation it could be pulled to the surface. Then a second person climbed into the tunnel.

The first specialist conducted a constant search for traps and signs of manifestation of enemy activity, while the second person studied the soil and overlying layers of rock with the aim of calculating the amount of TNT intended for the destruction of the tunnel. 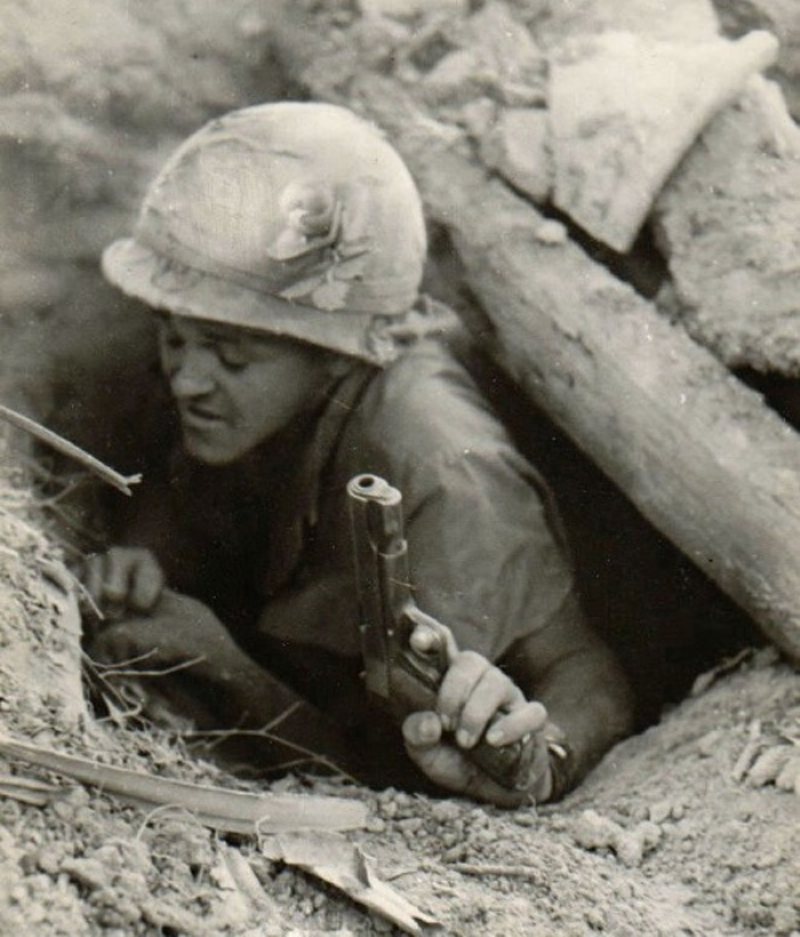 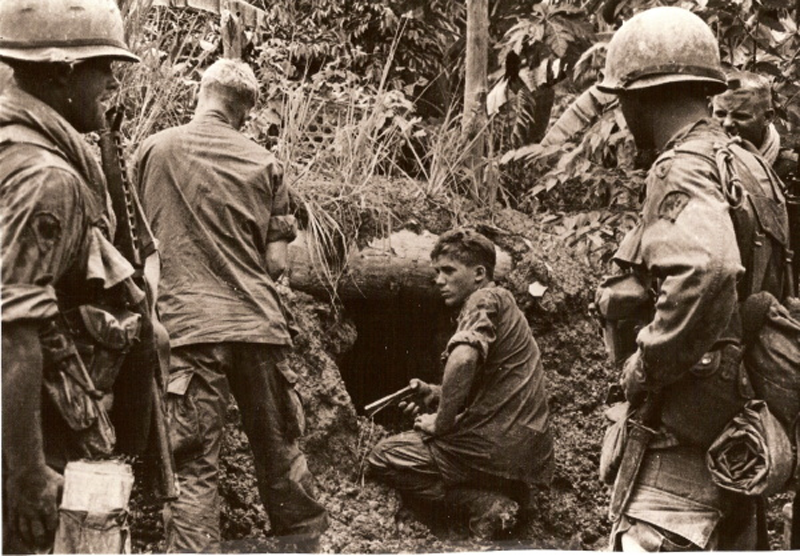 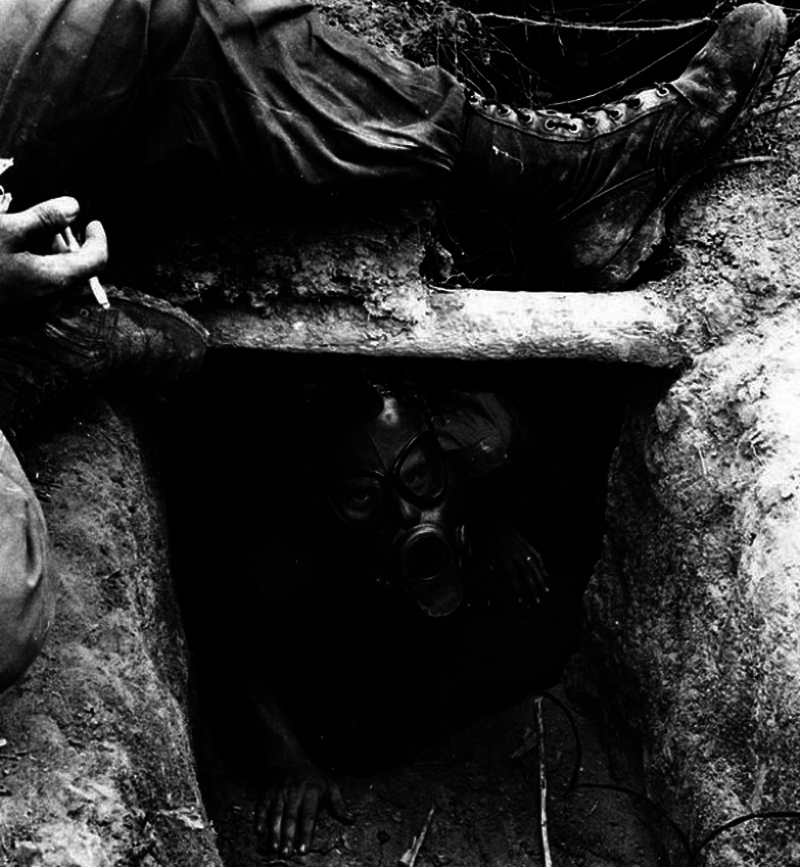 The main task was to kill the enemy, so the soldier instructed not to shoot 5-6 once in a row, as this indicated to the Viet Cong that the tunnel rats should now reload their pistols.

Then the tunnel was searched, looking for maps, documents, any sources of information, pulled out all the weapons and ammunition found in the tunnels.

After stripping the tunnel and leaving it, the “rats” took explosive charges C4, returned to the tunnel, laid them in the bends of the tunnel and supporting sites in the calculated amount. Then, from a safe distance, the charges undermined and thereby destroyed the tunnel. 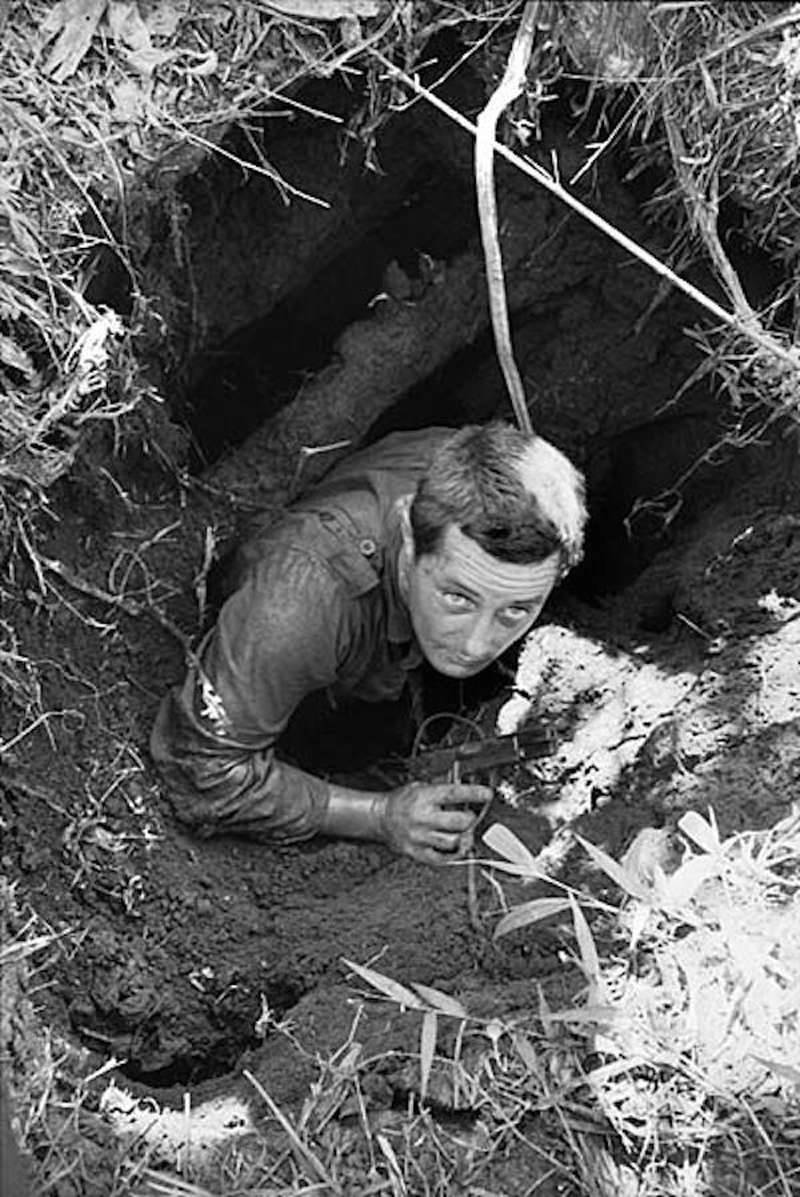 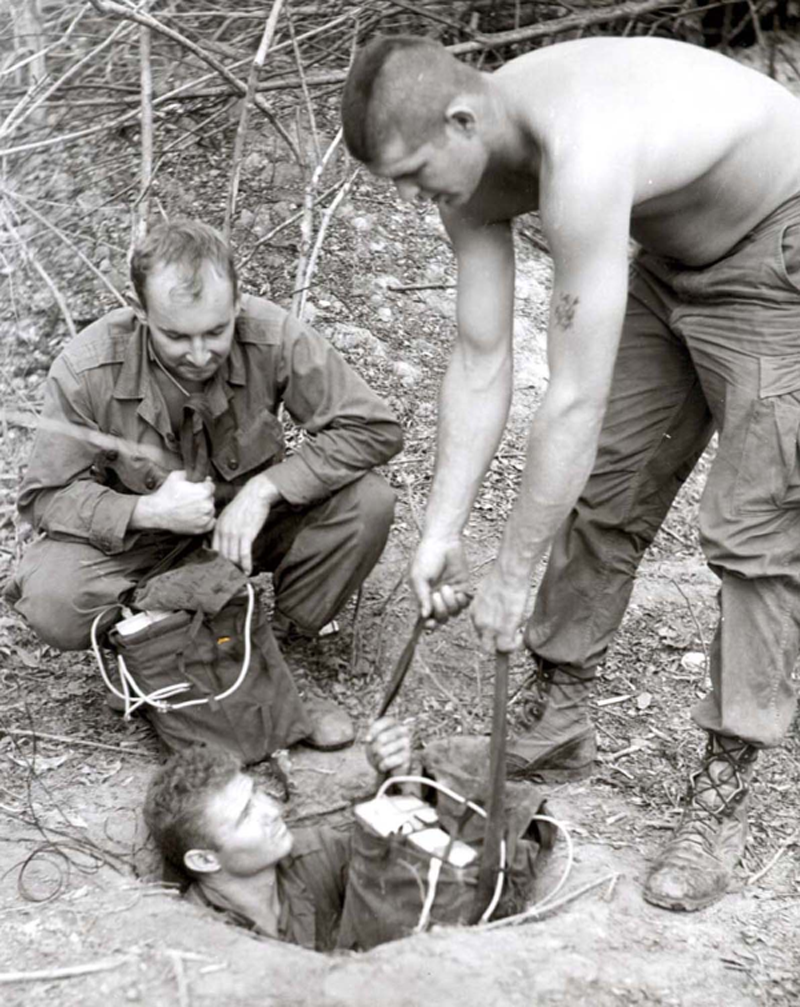 It’s just impossible to imagine feeling when you crawl into a tiny hole and you don’t know what is waiting for you, where it leads and what dangers await around every turn. Deep respect and admiration for those who are steep enough to be a tunnel rat!

Materials used:
www.thebrigade.com
warfactsandtactics.blogspot.com
www.wikipedia.org
Ctrl Enter
Noticed oshЫbku Highlight text and press. Ctrl + Enter
We are
August Revolution. How did the history of modern Vietnam begin?Great Victory in Photos
45 comments
Information
Dear reader, to leave comments on the publication, you must to register.