Genocide in Poland: “No, no, you do not understand what kind of people” 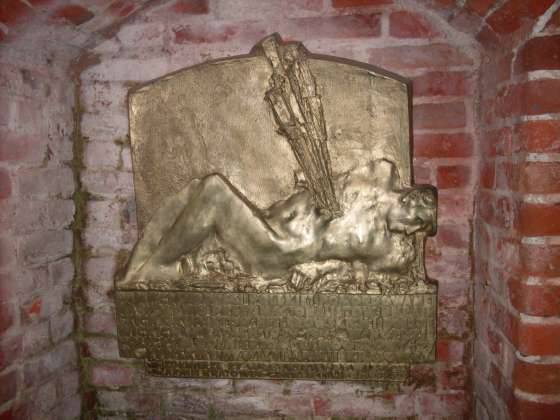 9 February, Poland marks the tragic date - the beginning of the Volyn Massacre. It was on this day 73 a year ago that a bandit scum, calling itself the “Ukrainian Insurgent Army”, attacked the first Polish village of Parosl (this is today's Rivne region of Ukraine). 173 of the peaceful Poles, including the 43 child, were brutally murdered. With this massacre began Zbrodnia Wołyńska (Volyn crime), as Warsaw officially calls the genocide of its people.

Ukrainian militants led by Grigory Periginiyak, nicknamed Baska, came to Paroslu under the guise of Soviet partisans, asking the villagers for food. After eating and drinking, the Ukrainians began to rape Polish girls. And then kill. The evidence collected by Polish historians is terrifying. For example, Bandera chopped off two teenagers' legs and arms, cut their bellies and covered their wounds with salt, leaving the half-dead to die in the field. A one-year-old child was nailed to the boards of the table with a bayonet, sticking a pickle of salted cucumber into her mouth ... The girls were cut off their breasts and ears before death, the men were cut off their genitals.

Photos of the terrible murders of the UPA in Volyn can be found on the Internet only under the sign of "18 +" and the mark "Nervous not to watch!".

Bandera Perigiynyaka liquidated by the Germans themselves two weeks after the atrocities in Parosla, when a hundred UPA attempted to attack the German garrison in Vysotsk. Today, a memorial sign was set up in this village near Rivne Bashka as a “brave sotonyanny”, and in the small homeland - Old Ugrinov in the Ivano-Frankivsk region - the street is named after him. Monuments to the victims of Bandera in Ukraine you will not find. In the Soviet years, a monument to 5-year-old Roma Tarawski, killed by Bandera in 1951, stood in the village of Velikiy Lyuben near Lviv. Today this sculpture is not.

Not only young Ukrainians but also Ukrainians took part in the Volyn massacre. “Divchiny” waited, when the family will be exterminated, and then went into the yard for “expropriation”. They took away the clothes of the dead, food reserves, and led away livestock. And set fire to the manor. And so the house behind the house.

In the Volyn Massacre miraculously survived Miroslav Hermaszewski - the future first and only cosmonaut of Poland. The UPA thugs burned down the house where Miroslav, a family of 2-year-olds, was burned and his grandfather’s bayonets were killed. Mirek's mother with a newborn in her arms ran into the forest, they started shooting at her, she dropped her son, and then fell unconsciously herself. Only the next morning the boy was found in the snow in a field dotted with corpses. The bundle was brought to the village, believing that the baby was cold, but in warmth Miroslav suddenly opened his eyes. After 35 years, Germaszewski will fly for seven days into space. Currently, a retired brigadier general lives and lives in Warsaw. 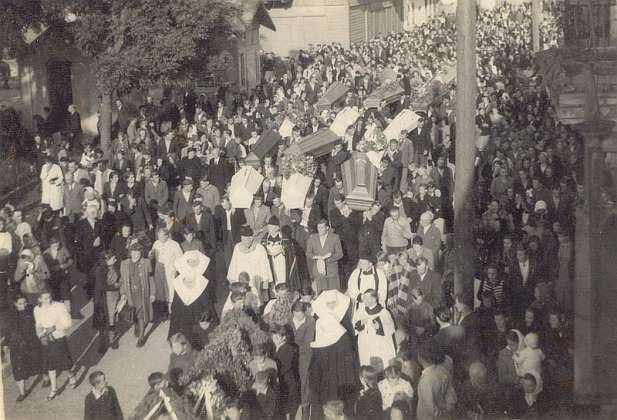 The funeral of the victims of the attack of the OUN-UPA on the train in the vicinity of Ljubichi Krolevskaya. 16 June 1944 of the year

Many wonder why the Polish population did not flee to the territory of their metropolis? Indeed, from February to July, when the “Ukrainian-insurgent” beast was drowned in the blood of 150 Polish villages at the same time, enough time passed, even in the absence of a telephone connection. For a week, teenagers on horses could spread the news about the fanaticism of Ukrainians throughout Volyn.

And in this, apparently, there is an indirect fault of Polish politicians "in exile", which in Poland itself is not customary to talk about. The fact is that the Polish government from London ordered peaceful compatriots living on the Polish-Ukrainian border not to surrender "their territories", but to sit and wait for help from the Home Army (such a cynical attitude towards their people does not seem strange if you know that The London government sacrificed whole Warsaw, giving it up for complete destruction in August-September 1944 of the year. What about the farms in Volyn). And, of course, people kept the economy.

The exact number of victims of the Volyn Massacre today will not know anyone. Polish historians operate on the number of 36.750 people, which is documented that they died at the hands of Bandera. However, on the same land and in the same time period - 1943 – 1944 years - the death was confirmed, according to various sources, from 13.500 to 23.000 Poles with unexplained circumstances of the causes of death. 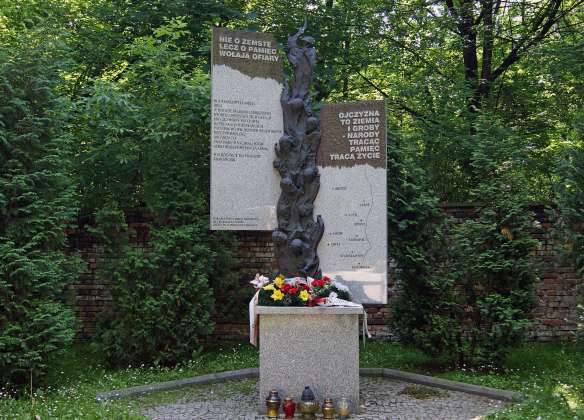 Monument to the victims of the Volyn Massacre in Krakow
Today Volyn is not as far as it seems. Tomasz Omanski, head of the Polish-Russian Cultural Center, lives in Kaliningrad, where his grandmother and grandfather were able to escape from Bandera in Volyn.

“Grandmother told me how at night they ran out into the field and hid from Bandera in rye. She was about twenty, her husband - my grandfather - a little older. He served in the self-defense detachment, but what was it - this self-defense? They even weapons there was no, they were on duty at the farms, and when danger approached, they simply woke the villagers to run into the fields. A Bandera originally armed by the Germans. Then, when the UPA got out of control and began attacking Volyn and its yesterday’s masters, the Germans themselves began to issue weapons to the self-defense detachments to fight off these animals, ”Omanski told the author of these lines.

The head of the Polish-Russian cultural center in Kaliningrad recalled one grandmother history:

“At the time of people's Poland, such a nationality as“ Ukrainian, ”no one knew. In general, none of the Poles did not distinguish between Ukraine, Belarus, even the RSFSR. There was the Soviet Union and the Soviet people. But I remember that when my grandmother went to Canada to her brother, who moved to London after the war, and then went to North America, when she returned with vexation, she told me that there are a lot of Ukrainians in Canada. I was about eight years old, and I asked: "So what, grandma, what a lot of Ukrainians." And she replied: "No, no, you do not understand what kind of people ..."

And the last story of the Omansky family:

Approximately the same theme is devoted to the Polish feature film “Volyn”, which is expected to be released on 7 screens in October 2016. Famous Polish director Wojciech Smazhovski talks about the tragedy of a Polish girl in love with Bandera. The director is not almond with the audience, calling the Volyn massacre - genocide (we recall, official Warsaw, flirting with Kiev, hides this concept behind the verbal husk of the type “ethnic cleansing with signs of genocide” adopted by the Sejm). In Ukraine itself, the pictures were perceived as expected aggressively. For example, the Ukrainian writer Oksana Zabuzhko, by the way, comes from Lutsk, Volyn Oblast, called the tape “a real school of hatred”.

Smazhovski himself does not hide that, since he is a Pole, the film will also be shot from a Polish perspective. And on the replicas of the Ukrainians that the tape was created “at the wrong moment,” responds with the “philosophical” irony inherent to the Poles: “There has never been a suitable time to shoot such a film. Neither the communists, nor after 1989 year. Now this Maidan, the war in the Donbas has happened. It is not known what the situation in Ukraine will be when we finish the work on the film. ”

Ctrl Enter
Noticed oshЫbku Highlight text and press. Ctrl + Enter
We are
Why did the "Polish hyena" die?Myths of the Great Patriotic. "Die aktion kaminsky": Lokot "self-government" and the creation of the RONA brigade
38 comments
Information
Dear reader, to leave comments on the publication, you must to register.