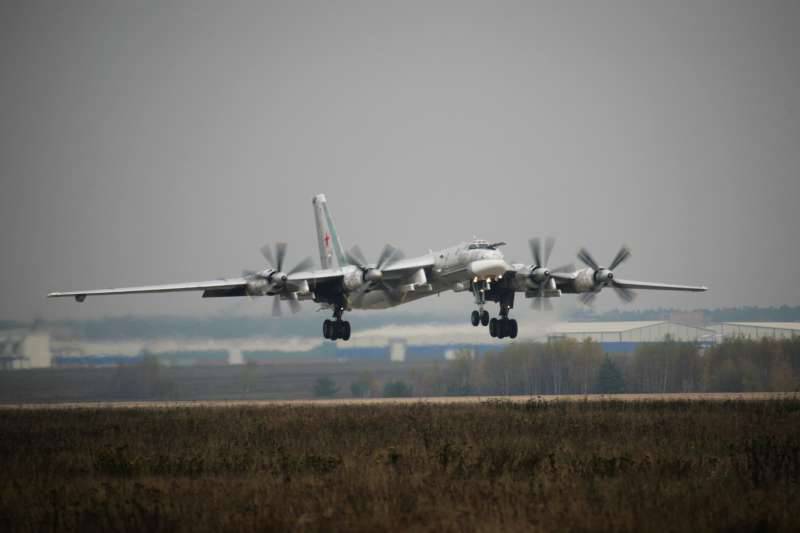 “Another upgraded Tu-95MS entered service with the Russian HQs. Work under the state contract was carried out by specialists of the branch of PJSC "Tupolev" (included in the KLA) - Zhukovskaya flight test and development base ", - said in a release.

“The Tu-95MS is extremely important for the Russian Air Force,” the press service of the commander of the Far aviation Lieutenant General Anatoly Zhikharev. - The missile carrier is an important part of the aviation component of the Russian nuclear deterrence forces. The range of the Tu-95MS is comparable to the combat capabilities of aircraft of subsequent generations. "

Zhikharev noted that "thanks to the work carried out, it was possible to increase the efficiency of the targeted use of the complex."

Help Agency: “The Tu-95MS, created as a carrier of new weapons - strategic long-range aviation cruise missiles - and launched into serial production in 1981, is a modification of the Tu-95 strategic bomber, which has been in service with domestic air forces since 1957. At present, the Tu-95MS aviation missile system has a significant modernization potential in terms of equipping new, more efficient missile systems. weapons and equipment. "

Ctrl Enter
Noticed oshЫbku Highlight text and press. Ctrl + Enter
We are
The action “Military service under the contract is your choice!” In Rostov-on-Don: future contract servicemen, exhibitions and “Russian Knights”
Military Reviewin Yandex News
Military Reviewin Google News
62 comments
Information
Dear reader, to leave comments on the publication, you must to register.