February 11 2016
34
Turkish Prime Minister Davutoglu announced that the Syrian army, with the support of the Russian Aerospace Forces of the Russian Federation, is conducting “ethnic cleansing” in Syria. Such an accusation, which has nothing to do with reality, was put forward by one of the political leaders of the state, which occupies one of the leading places in the world precisely on ethnic cleansing - against Turkish Kurds. 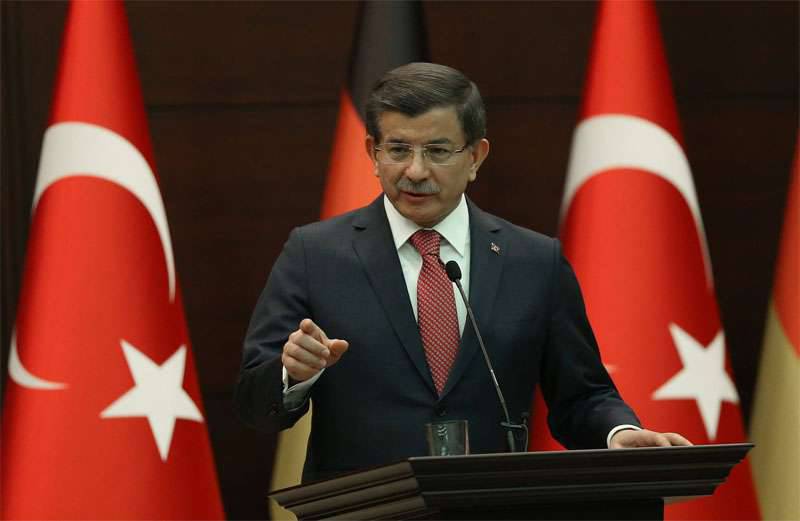 Previously news agency Reuters reported that Davutoglu "promised help to the brothers in Aleppo." Even before such statements by the Turkish Prime Minister, the Russian Foreign Ministry and the Ministry of Defense said that Turkey was preparing for a possible invasion of Syrian territory. Representatives of the Kurdish population of northern Syria reported that Turkish troops are already engaged in the transfer of border infrastructure into the depths of Syrian territory, actually trying to redraw the state borders.

It should be noted that lately, those who are trying to accuse Russia of certain unlawful and inhumane actions in Syria have become significantly more active. In addition to the Turkish prime minister, a similar statement was made by the French Prime Minister Fabius, who resigns the powers of the head of the French Cabinet after the scandal of his son’s fraudulent activities.

Representatives of the United States have habitually joined the Russian accusations. So Pentagon spokesman Stephen Warren said that Russia "could strike at two hospitals in Aleppo." The Russian Defense Ministry retorted this statement, noting that if medical facilities bombed American aircraft, it would be foolish and unprofessional to issue these bombings as actions of the Russian Aerospace Forces.

An increased degree of hysteria "friends of Russia" can only say one thing: the counter-terrorist operation in Syria, in which Russian military aircraft are participating, leads to effective results in the destruction of the militants who were lured by the "friends".

Ctrl Enter
Noticed oshЫbku Highlight text and press. Ctrl + Enter
We are
ARMY-2016. Cluster VCS. Part of 2. Space is space!
34 comments
Information
Dear reader, to leave comments on the publication, you must to register.