Pushilin: Republic of Donbass was not invited to discuss the draft law on elections in Donbass

February 11 2016
36
Today in Berlin there will be a meeting of representatives of Germany, France, Ukraine and the OSCE, dedicated to agreeing on the draft law on elections in the DPR and the LPR, while neither Russia nor the republics themselves were invited to this meeting, reports Look with reference to the representative of the Donetsk Republic Denis Pushilin. 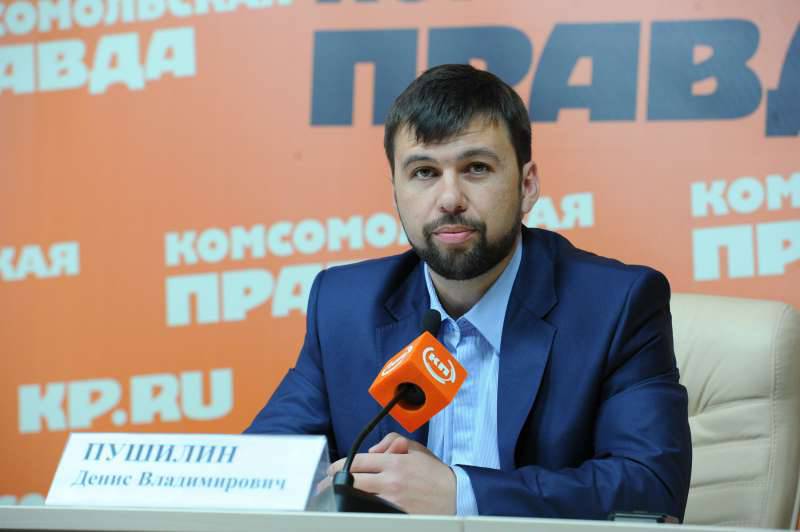 “We have learned from reliable sources that a meeting of representatives of the OSCE, Germany, France and Ukraine will take place in Berlin tomorrow with a view to agree on the text of the draft law on elections in the Donbas between them. We consider this kind of separate negotiations as pressure, and we will not agree with the outcome of such meetings, which do not correspond to either the Minsk or the Norman formats ”,
said Wednesday Pushilin.

In January, the representative of Russia in the contact group, Boris Gryzlov, stated that the draft law on elections in Donbass must be coordinated with the self-proclaimed republics in order to “bring all positions to a common denominator, international requirements and ultimately to the letter of the Minsk agreements”.

Ctrl Enter
Noticed oshЫbku Highlight text and press. Ctrl + Enter
We are
Reports from the militia of New Russia for 27-28 September 2014 of the year
36 comments
Information
Dear reader, to leave comments on the publication, you must to register.