Alexander Marinesko: how to become a legend in eleven days 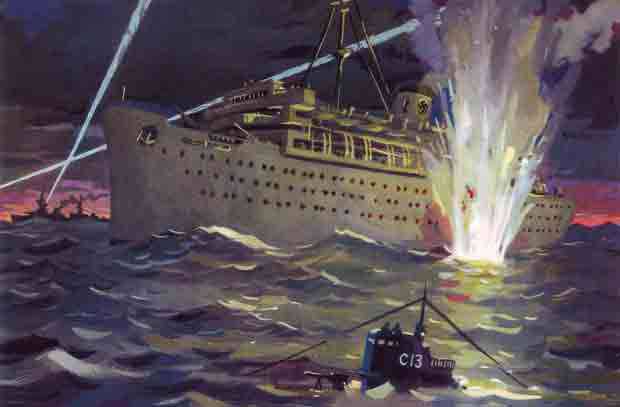 Alexander Marinesco became a legend during his lifetime, then he was forgotten and returned from oblivion only after decades. His figure is extremely contradictory, as are the results of his military campaigns. He was fired from the Navy. fleet after lowering the rank by two levels - from the captain of the third rank to senior lieutenant - and resigning from the post of commander of the ship, and a quarter century after his death, received the title of Hero of the Soviet Union. Of the six military campaigns that he carried out as a commander of submarines during the Great Patriotic War, four were unsuccessful - but for one of them he achieved the title of the most productive Soviet submariner.

Alexander Marinesko and his submarine C-13 made this amazing trip between January 9 and 15 February 1945. The first ship that the boat sank on January 30 was the giant liner Wilhelm Gustloff (25 484 gross registered tons), and the second, sunk in February 10, the Steuben liner (14 690 gross registered tons). The death of both airliners, turned into military transports, became a real tragedy for Germany. These ships, which were built as passenger cruise liners, after the outbreak of the war, were re-equipped to the needs of German submariners: the “Wilhelm Gustloff” became first a floating barracks, then a training ship, and Steuben a floating hotel for the highest officials krigsmarine. And only at the very end of the war, when the collapse of Nazi Germany became inevitable and obvious, both former airliners were involved in Operation Hannibal: the urgent evacuation of German refugees from East Prussia, which already included Red Army troops.

It was this circumstance in the post-war years that allowed many Western historians and researchers of the war at sea to directly or indirectly accuse Alexander Marinesko and the entire crew of C-13 for committing war crimes. Say, Soviet submariners attacked defenseless hospital ships, where the unfortunate Prussian refugees escaped the horrors of the Red Army offensive. There are exactly half of the truths here: indeed, Soviet submariners attacked, and indeed refugees escaped. As for the "helplessness" and "hospitalization", this is completely untrue. As auxiliary ships of the kriegsmarine, both the former airliners — the Gustloff and the Steuben — had military camouflage and on-board armament: 37-millimeter anti-aircraft guns and anti-aircraft guns. That is, according to all the conditions of the international rules of warfare at sea (which, by the way, Germany violated much more often than all other belligerent countries) that existed at the time, none of the two ex-liners could be considered a hospital ship or a ship carrying refugees. After all, neither of them had a red cross on board, either on board or on deck, both were part of a military convoy, both were armed, and both had active Wehrmacht and Krigsmarine soldiers on board. 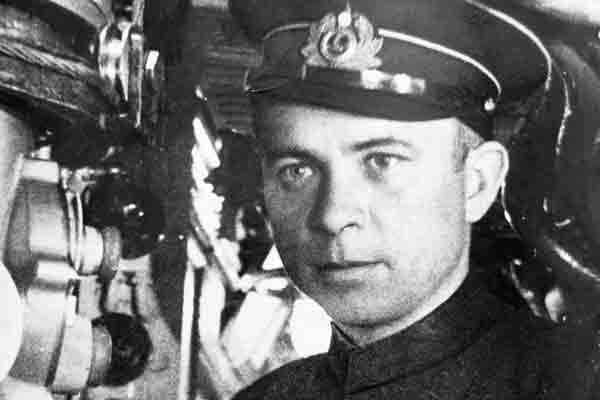 Alexander Marinesko. Photo: wiki.wargaming.net
However, in the situation with the “Steuben” the matter was further complicated by the fact that at the time of the vessel’s discovery, the captain of the C-13 was quite sure that he had found the light cruiser Emden. Indeed, there are many similarities in their silhouettes, especially at night and at great distances. Both two-pipe, two-masted large ships, although on closer examination it can be seen that they are not so similar. But on attentive consideration of the purpose at the submariner of time, as a rule, it is a little. In addition, C-13 discovered not just a single ship, but a whole convoy: in addition to “Steuben”, it included the T-196 destroyer and the TF-10 minesweeper, and discovered it with the help of sonar equipment. That is, Marinesko dealt with the fact that in the language of submariners it is called “Group goal, following variable courses, tracking is carried out by sonar contacts”.

It is now known to all that the auxiliary ship Kriegsmarine "Steuben" (former Munich, after the fire in the port of New York and the restoration of 13, renamed "General von Steuben", got into the "view" field of acoustics C-1931, and in November 1938 of the year - in “Steuben”), involved in the operation “Hannibal” and set out on its last 9 flight in February 1945 from the Prussian port of Pillau to Kiel. It is now published updated data that on board were over 4000 people, most of whom were wounded soldiers and officers of the Wehrmacht - 2680 people, as well as about a hundred healthy soldiers, nearly three hundred military doctors and nurses and about a thousand refugees. And then the Soviet submariners heard the noise of the propellers and vehicles of several ships that were marching without navigation lights and were performing anti-submarine maneuvers. From the noise and silhouette of the largest of the ships, it was concluded that the boat found the light cruiser Emden.

For such a delicious goal - after all, the cruiser, albeit a training one, with a displacement of more than 6000 tons! - The captain of the third rank Marinesko and his team watched the 4,5 hours. Only at five in the morning 10 February 1945, in the area south of the Stolpe-can C-13, surfaced in a surface position, attacked with a volley from two torpedo tubes what her crew considered the Emden cruiser. Both torpedoes hit the target, and after 15 minutes the ship sank. However, C-13 was not present at the last minutes of “Steuben”: in order not to undergo the same massive and dangerous attack of escort ships as after the attack of “Wilhelm Gustloff”, Alexander Marinesko ordered to move away from the scene of attack at full speed, making sure that the target amazed. He learned that it was not the Emden, but the auxiliary ship “Steuben”, only after the return of February 15 to the base in the Finnish port of Turku. Local newspapers had already published a message from the German media that the “Steuben” was sunk, that only about 660 people were saved, and the death toll ranged from 1100 to 4200 people. As always, in the confusion of emergency and general evacuation, few people kept accurate records of the people who boarded the ships participating in Operation Hannibal ...

During his fifth military campaign, which made him the most productive submariner, not only in the Baltic, but throughout the Soviet Navy, Captain 3 of rank Alexander Marinesko was nominated for the title of Hero of the Soviet Union. But the command of the submarine base in Turku, who knew well that on this campaign Marinesko and his crew actually left the tribunal - to earn forgiveness by exploits (which made the C-13 not only the only surviving boat of this type, but also the only “penalty” boat in USSR), this view is not supported. Instead, Marinesko 13 March 1945 received the Order of the Red Banner, and his boat was awarded the same award 20 on April 1945. Only in 1990, Alexander Marinesko was nevertheless assigned the title of Hero of the Soviet Union, which he deservedly deserved, after 27 years after his death. The commander of the C-13, the most productive Soviet submarine, died 1963 in November, just two months after his 50 anniversary.

Ctrl Enter
Noticed oshЫbku Highlight text and press. Ctrl + Enter
We are
Underwater ace. Alexander Ivanovich MarineskoIcy embrace of the North. Soviet submariners is dedicated
68 comments
Information
Dear reader, to leave comments on the publication, you must to register.