When crocodiles cry. Why are Western politicians so worried about the fate of the civilian population in Aleppo?

February 11 2016
60
Four years in Syria, killing people. Not those who defended the legitimate government. Not. They kill women, old people, children. Men are killed simply because they are men. Kill journalists. Kill humanitarian workers. They kill specialists of industrial enterprises. 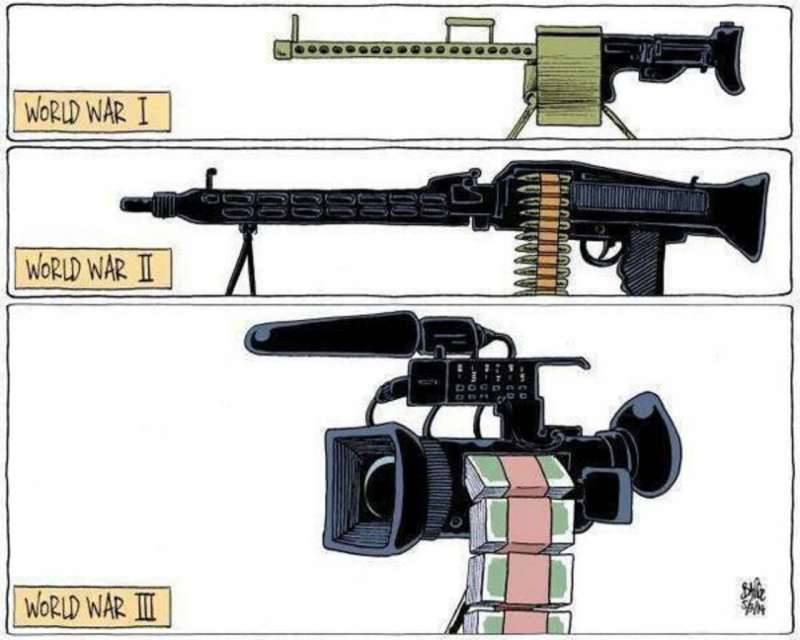 For four years, the Internet has exploded from video of severed heads. Including Europeans. But most importantly, Europe is choking on a wave of refugees. Not only from Syria. But refugees from those countries where the American and European “democratizers” reached.

And suddenly, European politicians "saw the light." Particularly touching is the fact that this epiphany came when those who were cutting into a head video were beaten. Methodically, purposefully, brutally. Beat Russian videoconferencing. Beat the Syrian army. Beat detachments of Kurds. Beat the units of the Iranian army. Even Europeans are forced to launch real attacks on bandits. Bombed weddings and hospitals have not convinced anyone.

So, why did the new wave of information war against Russia start now? Why do the "mammoths of politics" today go to a notorious lie in this war?

The "team" for an independent Europe was given from Washington. I will remind you. The first about the losses of civilians said the representative of the US State Department Mark Toner. And for the thinking people, it was interesting how this completely unmotivated statement sounded against the background of an air strike at the Doctors Without Borders hospital. But the evidence of the Americans themselves never really burdened. Suffice it to say.

The following statement was made by John Kerry. And again without evidence. Just expressed regret. And on questions about examples of such attacks, referred to the secrecy of the data. Now this word is heard almost daily. There is data. But we will not give them to you. They are secret.

Well, the successor of the "care for civilians" was the German Chancellor Angela Merkel. All under the old scheme. Words that are based on words. But it matters who says it. And How.

What happened? It seems to me that the beginning of the attack on Russia is to be found in Geneva. More precisely, in the breakdown of the negotiations on Syria. I will not describe the claims of the opposition delegation. Just because claims should not be! In preparing the Geneva talks, it was decided not to put forward any preconditions. All parties had to solve problems already at the negotiating table.

Negotiations were needed not so much the Syrians or igilovtsam. Negotiations were necessary above all to the Americans. Washington is well aware that the US influence in the region is catastrophically falling. The region is more and more "leaving." And the task of the negotiators was to incline Russia to a secondary role in the coalition of Western countries. Moscow must become one of the allies. No more.

And there and before the partition on the Yugoslav scenario, hand in hand.

After all, it is no secret to anyone that there is no longer any country like Syria on the western maps. And Assad as president is also not. It was a small matter.

However, hopes for "softness" of Russia were not justified. The Kremlin today is an independent political and military force. And now the former "vassals" of the United States are looking in the direction of Moscow. They even make transparent hints that they don’t mind returning the status quo in a relationship.

In addition, if you look at the map of hostilities, it becomes clear not only a sharp increase in the number of refugees. The activity of politicians in the region of Latakia province becomes clear.

The fact is that Latakia province is the most convenient logistics center for supplying militants. And for the export of Syrian wealth, respectively, to Turkey. Not the only, but the most comfortable, most equipped and equipped. And the seizure of the main city will enable Asad to launch an offensive on the “capital” of the bandits. The international prestige of Assad will then grow so much that it would be funny to talk about Turkey and Erdogan.

Today, refugee camps are used to cover up militants. Exactly. Strikes on such camps will not be applied. But transporting the wounded, supplying ammunition under the guise of humanitarian aid, and rotating the militants under such cover is a pleasure. I already wrote about the possibility of creating such camps in one of the articles earlier. Creating it the Turks.

What is happening in Latakia today can be called the Syrian “Battle of Kursk”. The army of Assad holds the militants behind the ridge and soon, as we can talk about with high probability, this ridge will be broken.

What will the West do in this situation? What actions are most likely?

Talking about a full-scale war in Syria with the help of the armies of any third forces today is not necessary. No matter how many Arab sheikhs inflate their cheeks, they will not risk entering their armies into Syria. Such units will automatically become targets for HQ strikes. Any armed people on the territory of Syria without an invitation from the president of this state will be illegal. And it is doubtful that Assad will calmly look at such an invasion. Morale, and the equipment of the army today has grown. Syrians have learned to win.

West? The only action that western countries can afford is the introduction of new sanctions against Moscow. Only if they make sense? Russia proved that the myth of the "colossus on clay feet" again did not work. The Russian economy is not just not falling apart, but demonstrates active growth. Growing economic independence. And at the same time, the economic problems within the Western countries themselves are growing.

The advantages of small countries in restructuring the economy today turn into disadvantages. It does not sound funny, but the value does matter. It is one thing to grow a bush of grass. Another thing - to grow a tree. Time is needed much more. However, when a hurricane breaks down, grass breaks down quickly. But the tree is worth it. Sorry for the poetic insert.

So what remains? And what remains is happening today. Increased information pressure. Lies in all areas. Juggling facts. By the way, such frauds are already underway. February 9 French channel showed the successful operations of the French Air Force in Syria. And again, like the Americans recently, shots were shown of shots of the Russian VKS.

It should also wait for the revitalization of our liberals. Funding for the "fight for democracy" will be strengthened. So the work of our bodies will increase. It seems to me that the West today will rely on the destabilization of domestic life in Russia. It is necessary to deprive the government and the president of the support of the people.

Militants will appear again in the Caucasus. Security operations there will be more frequent. But the danger of terrorist attacks and attacks on government is increasing. Nobody hides information about the appearance of such groups in the famous gorge.

Particular attention should be paid to our media. I am confident that the work to discredit President Putin will be carried out there. Including in patriotic editions. Freedom of opinion allows you to do this quite effectively. And making such stuffing will no longer be "boys and girls" from social networks, but professionals. Prepared and trained for this kind of work.

Chaos in politics creates chaos in their heads. I really do not want this chaos to spread to our heads. The authority of Russia is growing. Hatred for us of the former leaders of world politics, of course, too. Today the main thing - to go "crossing" without changing horses. If we have declared our return to big politics, then we must go to the end. And crocodile tears that flow from the eyes of Western politicians should not touch us. The crocodile is not crying because he feels sorry for someone. The crocodile cries just to better see the next victim.

Ctrl Enter
Noticed oshЫbku Highlight text and press. Ctrl + Enter
We are
ARMY-2016. Cluster VCS. Part of 2. Space is space!Is it time for female marines?
60 comments
Information
Dear reader, to leave comments on the publication, you must to register.