Patriotic question to the president. Without waiting for the "straight line"

February 12 2016
329
The straight line is, of course, beautiful. Questions and answers, and so on ... But there are questions that will never be asked, but I would like to ask. However, being a representative of the very people, which we often call the rather offensive word “electorate”, I still want to ask.


And we will not even talk about excise taxes on gasoline. Here, as in the situation with “Plato”, everything is clear and transparent. You think that truckers and gasoline dealers will pay, and we know that we will pay for everything. And this is a deep and fundamental difference. But precisely because we are still a nation, and not an electorate, Maidan is not expected. Not yet foreseen. Although the figure that will flow into the budget (and it should be multiplied by 2 in an amicable way) is impressive. Well, you see, part of the case goes, already, as they say, bread.

But, I repeat, I'm not talking about that.

Oddly enough, but I'm about patriotism.

Patriotism is such a thing that allows you to endure not only excise taxes and other levies, but also many other more unpleasant things out of a sincere love for your Motherland. After all, not in money is complete happiness, and not even in their quantity. Although money was never interfered with happiness and patriotism.

And this is exactly the very patriotism that is present somewhere inside me, and it pushes me to ask the question: "Why me?" The answer seems to be simple: because I am the very patriot who wishes good and prosperity to his country. And therefore I agree to tighten the belt and wait. While oil will rise in price or sanctions will be removed. That is quite a long time.

But why does nothing happen to those whom this patriotism of mine is like a red rag for a bull, or in general, along an embroidered sharovar? Why am I ready, and I will not get anything for it, except for a distant bright (or not very bright) future, but they are not ready, and they, too, for nothing?

In Russia today there is a host of those with whom we do not drink. Their name is legion. Although they are citizens like us. With the same passports and other attributes. Any Makarevich, Sobchak, Ganapol and others. The question arises: why?

The answer that we have not 1937 year in the yard, already somehow does not convince. Democracy and tolerance is, of course, great, but there is already an obvious search to the point of bullying.

I will add a couple to the existing names. And then all Sobchak Sobchak. Excuse me 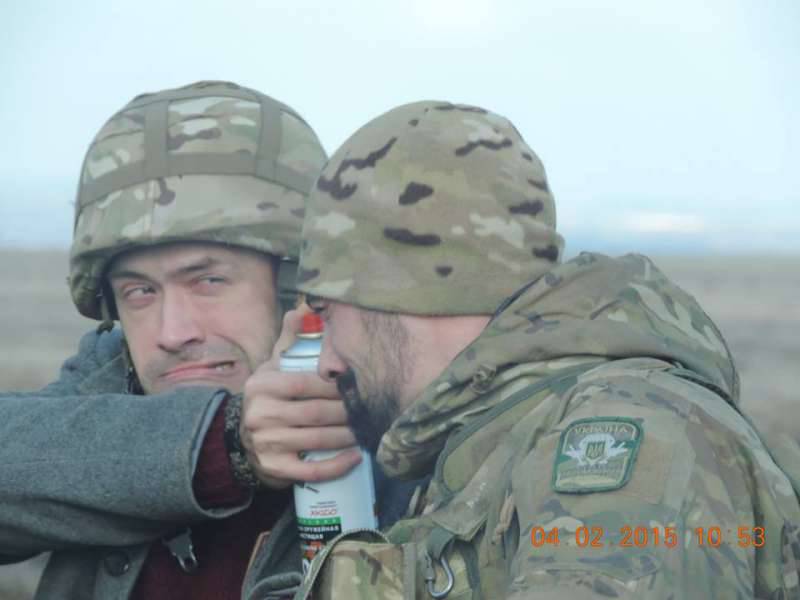 Pashinin repeatedly allowed himself to speak out in support of Euromaidan and the official Ukrainian authorities in disputes between Russia and Ukraine. And, I note, quite categorically.

“My friends all support Ukraine, and you will not find a single“ Crimeanist ”. I know for sure that when something happens in Russia, my friends will take to the streets not just to stand. I am sure that these people will cut the riot police. ”

Moreover, Anatoly allows himself, having a Russian passport in his pocket, to carry his cronies from the Azov battalion in the open chevron.

As for me, so one thing is necessary. Or remove the cross, or wear shorts. The combination of Russian citizenship and publicly demonstrated emblem punishers - bust.

How are all these people so valuable to Russia? Maintaining the semblance of democracy, throwing mud at everyone? Sorry, but then I prefer the dictatorship. When a thief should be in prison, and the scum and traitor should be thrown out of my country without a passport in 48 hours.

And the property can be confiscated. In favor of the budget. Yes, not God knows that, probably, but the penny saves the ruble. And, judging by the fact that Ksyusha is clinging to himself, there is not even a smell in rubles, but quite in dollars.

Why in Russia the saying "there would be a man, and the article will be found" is so strangely applied? Why did Kvachkov find an article but not Ganapolsky? Although, if you look: who is more mother-Russia is harmful? A scoundrel, entrenched under the wing of the fascist invaders in Ukraine, or a retired commando force slightly moving his head on the theme of love for his country? 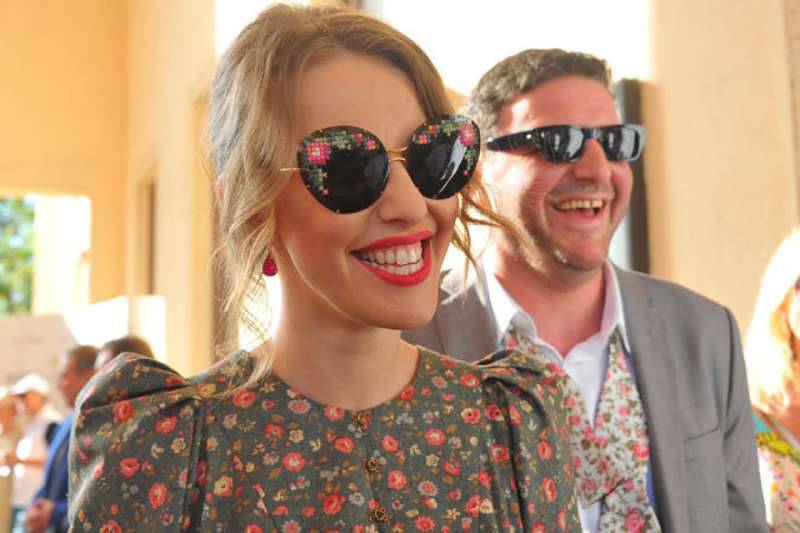 Why does Sobchak continue to throw mud at Russia, and there is no article for her, although there is more than enough evidence of her connection with the same “Swamp” ones? Did Mukhin instantly find 280? Yes, Mukhin went across the furrow. But, if we recall our 90, when the little books of the traitor Rezun-Suvorov lay on each counter, and the entire electorate read them out and repented, it was like this in our stories? .. Who first went to prove that Rezun is lying? Who was followed by Isaev, Beshanov, Drabkin and others? But the merit of Mukhin is that today we are proud of the victory of our grandfathers and great-grandfathers, invaluable. If it hadn't been for him, then tears would have been dropped by the innocently killed Germans, the Japanese, and the entire team of then-Europe. 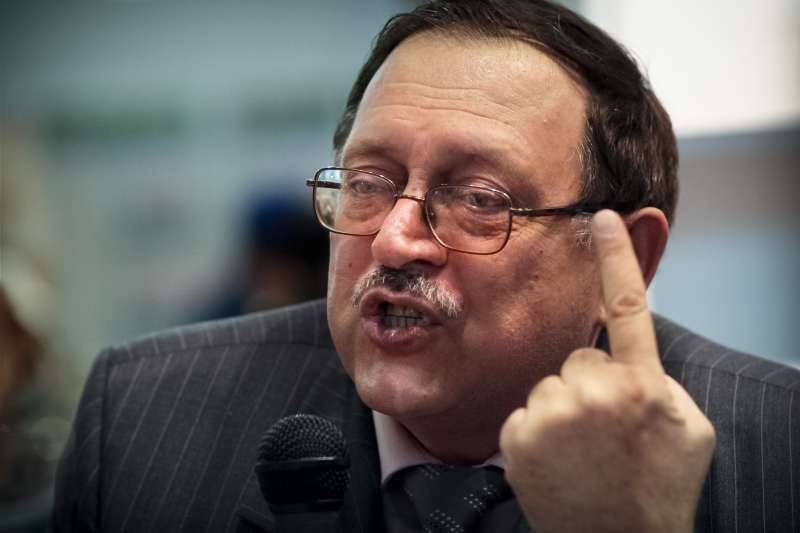 And it turns out that the patriot is an article, despite the fact that Mukhin was far behind 60, and Ksyusha and Matvey were nothing. Strange somehow comes out ...

But that's not all. Do you know Savelia / Savva Libkina? Not? But Kostya Raikin, Artemy Lebedev, Alla, who knows Pugacheva and many other famous people. This is a restaurateur from Odessa. And a very well-known Russophobe who is not inferior to Brainstorm by franticity.

What does not prevent Savelia from regularly publishing his culinary books in Russia (it’s logical who today is interested in mega-recipes in Ukraine) and feed expensive and tasty Russian stars of various sizes.

And since with the arrival in Odessa, the Russians became difficult, then, according to the old adage, the mountain rushed to Mahomet. And Savely decided to open a restaurant in ... Moscow. And not just in Moscow, somewhere in Biryulyovo, but on the Arbat. In the house number XXUMX.

Yesterday (I exaggerate, of course) a person in his FB writes the following text:

"Mantra, turned to the marginalized. Mentor slogan, written by pretty bad PR people and approved by the surrogate-Volodin clans. In this case, can be atonement, except for a bullet in his own head? So he will be remembered by the first dictator who came to conscious repentance. A good option, at least for his daughters and their conscience. "

I hope it is not necessary to translate, who is the person about which Savely is broadcasting? But that was yesterday. And today - a restaurant in Moscow. And nothing that visitors will be the same, with hands stained with multinational blood. Or, most likely, on the contrary. Those who have taken a bite will be able to porydat on the subject of Ukraine, which is oppressed by quilted jackets and colorads. In co-religionists, so to speak.

Strange, is not it?

What happens? If I am a patriot, then my place is there, on the perch? I sit exactly, do not tweet, otherwise the article? And those who are not patriots, who frankly and without embarrassment, throw mud at my country, it turns out that glory and honor? And complete impunity?

Some nonsense comes out.

Not so it should be. Let not 1937 be in the yard year, but Ganapolsky, Sobchak, Makarevich, Pashinin, Kasyanov, "Puski", who created the next video on the atrocities of the Russian prosecutor's office, and all the like, should be deprived of Russian citizenship and immediately expelled from the country. And the property (who has it) should be confiscated, sold, and the money - in the budget.

The same must be done with the masters of the governors and mayors, who for some reason believe that they must live no worse than the king. Same.

Then you can safely wait for good times. And if suddenly Pashinin's friends crawl out into the street "to cut riot police", then we can recall Afghanistan, Yemen, Sudan, Karabakh, Transdniestria, Abkhazia, Chechnya, Donbass and calmly and without fuss send these cronies to where they should be sent.

Under the "Hail, Fatherland."

A patriot, especially a Russian patriot, is a very peculiar organism. As the events in the Russian Donbass showed, who is at the helm is not the main thing. The main thing - who is against. Against what is in the soul and head of this patriot.

I would never forget this in the place of many of our leaders.