And how up there? Report from MCC 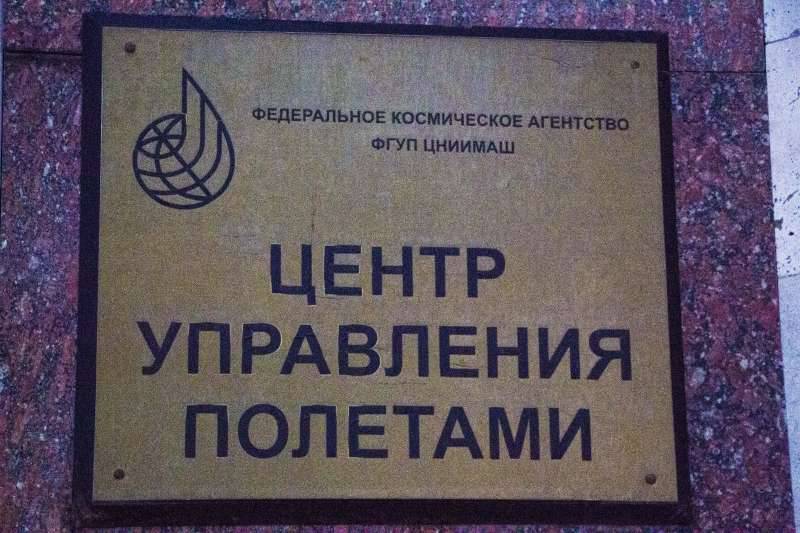 When invited to look into space from there, where everything happens, only a person who is very lazy will refuse. Therefore, we with great interest accepted the invitation of the press service of the Mission Control Center, in Korolev, Moscow Region. It was really interesting how this all happens.

And it all happens very calmly and measuredly. Other words do not pick up, and especially not necessary. Everything is very calm.

In this building and is what is called the MCC. 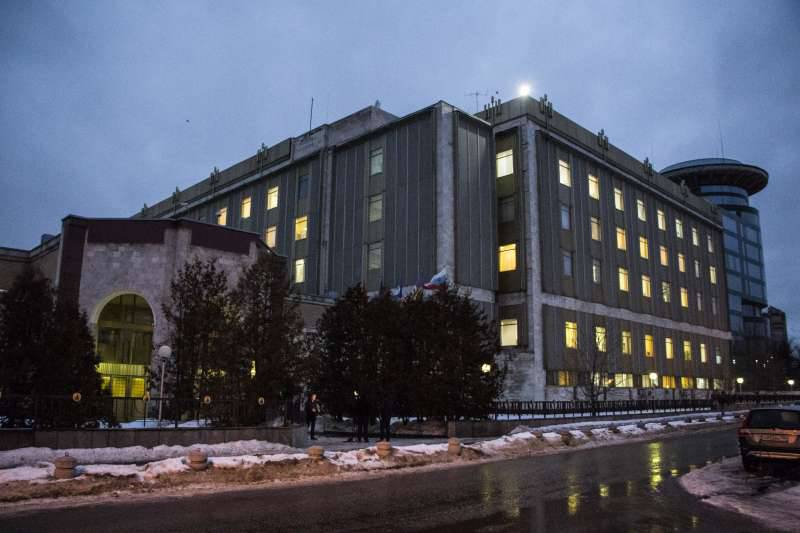 Modestly and with the very Soviet marble, as in the old metro stations. Inside, too, marble, but can not be removed. Although, by and large, there is nothing to shoot there. Long corridors, doors with signs on which the abbreviations are uninformed are completely incomprehensible.

Well, and the hall. The one that we see in every report from there. 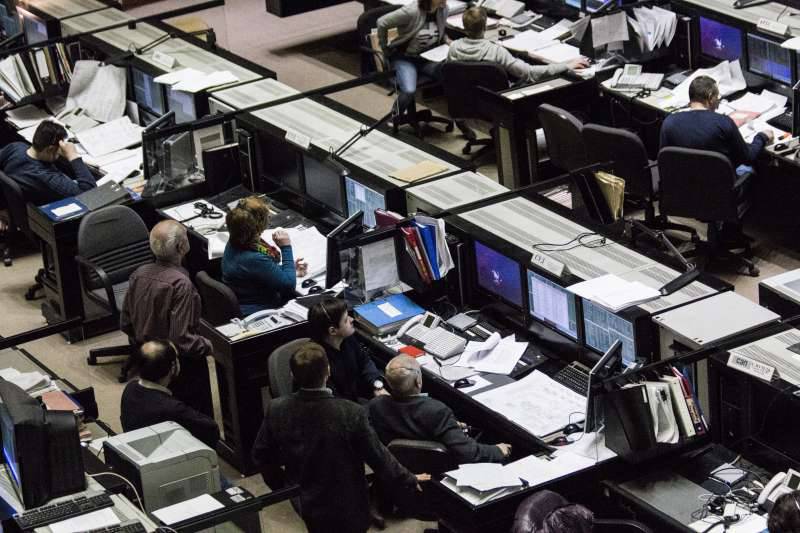 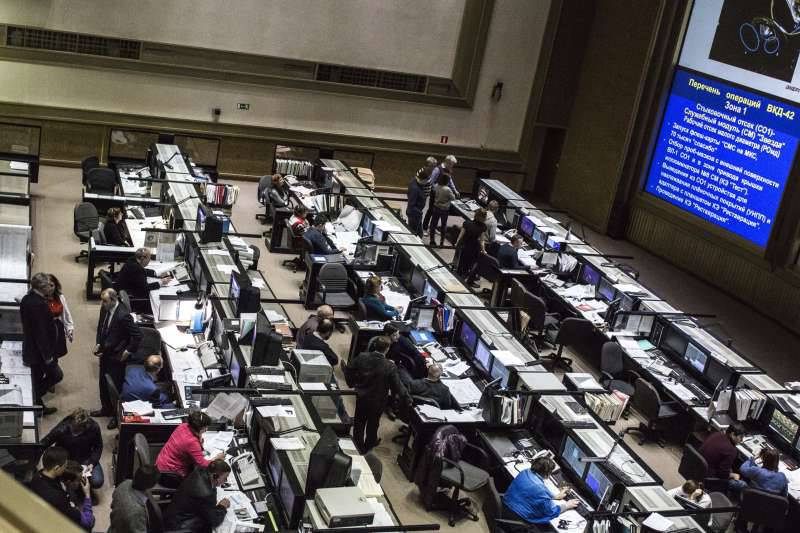 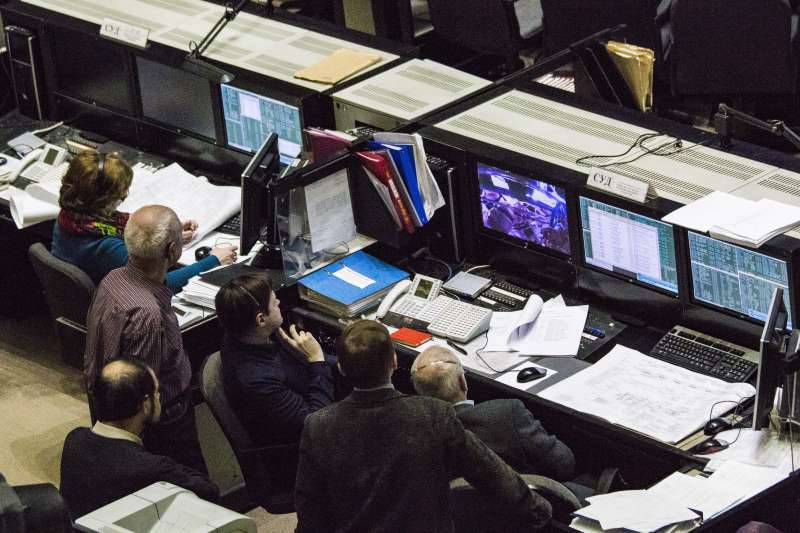 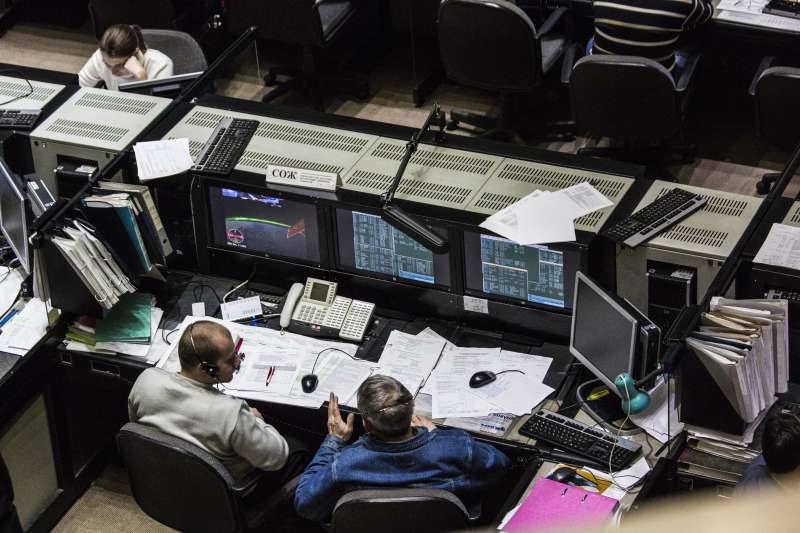 People and computers. More computers. People sit quietly in the workplace or slowly move around the room. They all say quietly, so that, being upstairs, you can hear almost everything that is said below. But it, besides, only for thinking. So after half an hour, you involuntarily disengage from talking. Still do not understand anything.

At times, however, revival happens. Then people start kicking around the same workplace, poking their fingers at screens and discussing something. Then there are some commands on the phone ... and all again diverge. 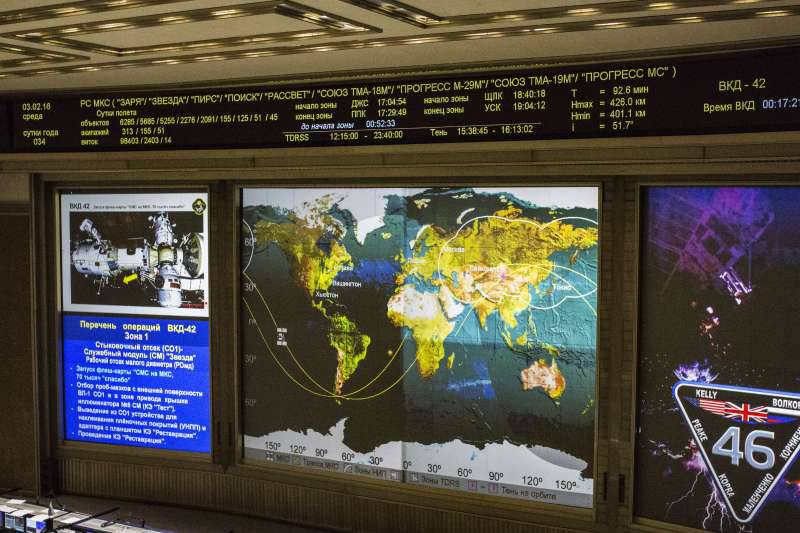 This is a huge screen that displays everything that can be shown. True, there is no secret information on the computers below, but it’s worse. 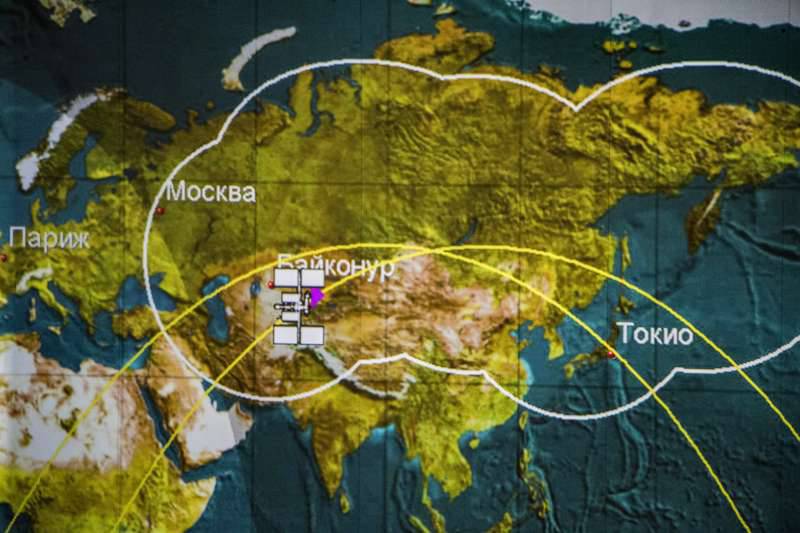 The white zone is a zone of confident tracking of Russian means of space communications. 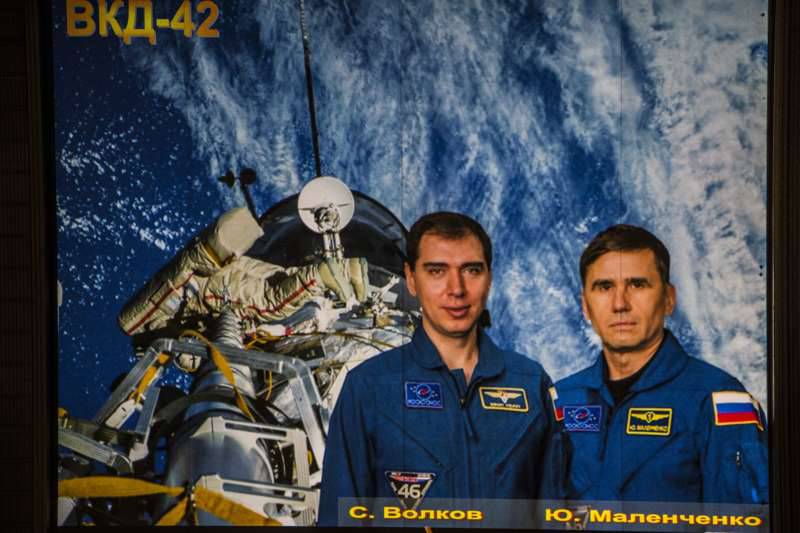 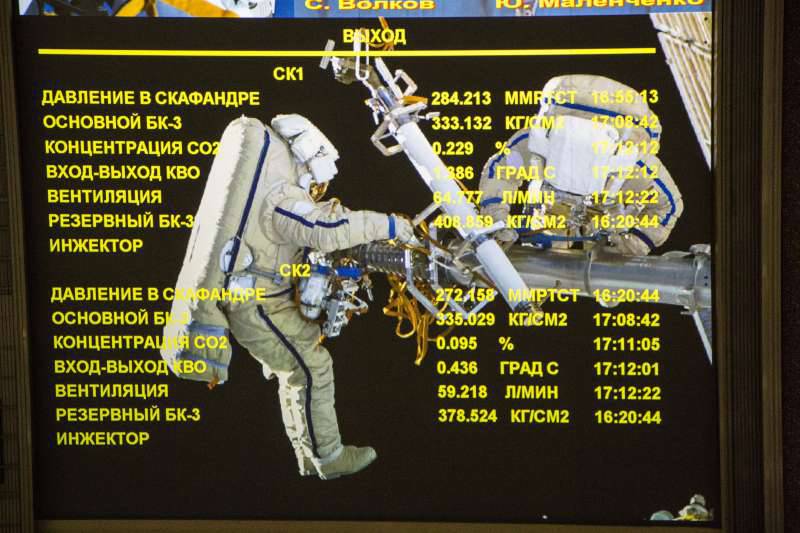 All telemetry data suits are constantly broadcast to the screen.

In general, this hall is the tip of a huge iceberg that can be shown to journalists and guests. All the main brew is prepared in other places that are not so comfortable for viewing. But the coordinator of the whole process is sitting here. 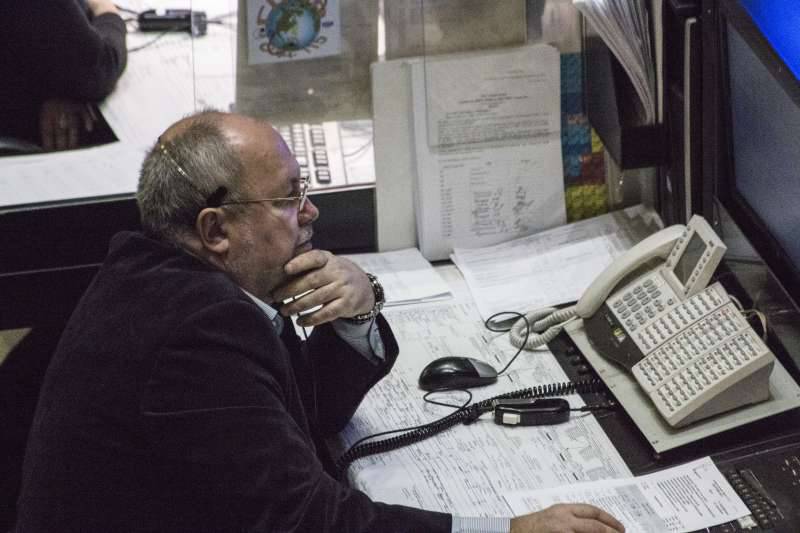 This person is in charge of the whole process taking place in orbit. Program Coordinator. 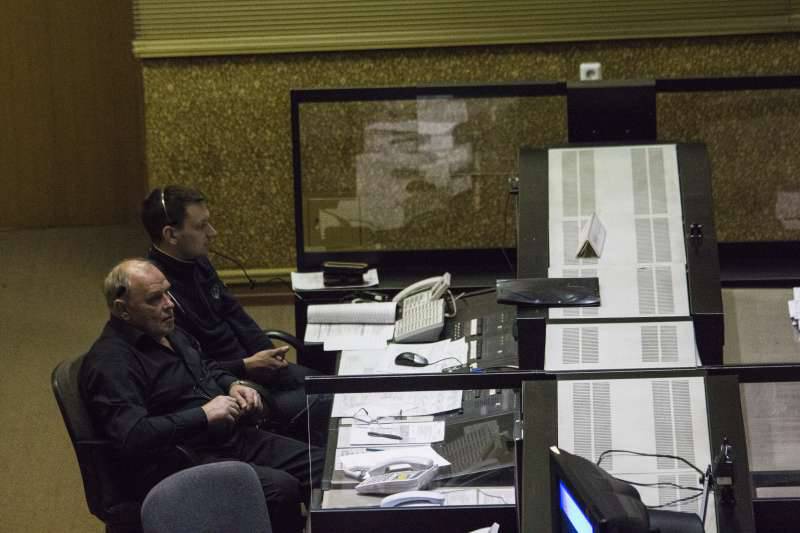 Next to him is his assistant, who occasionally comments on what is happening for the guests. This does not bring much understanding, since everything is also rather slowly being done in orbit, with rest and breaks. And, when the commentator says that the astronauts have done this and that, you already lose understanding of what was happening there.

And there happens some kind of action akin to a very high flying shamanism. The astronauts move around the station, perform some kind of manipulation. By the way, it is a pity that there is no translation of what they say to the coordinator. It would be more interesting. And so - a solid mystery.

We witnessed a couple of our astronauts entering the outer space. They carried out the planned work there. 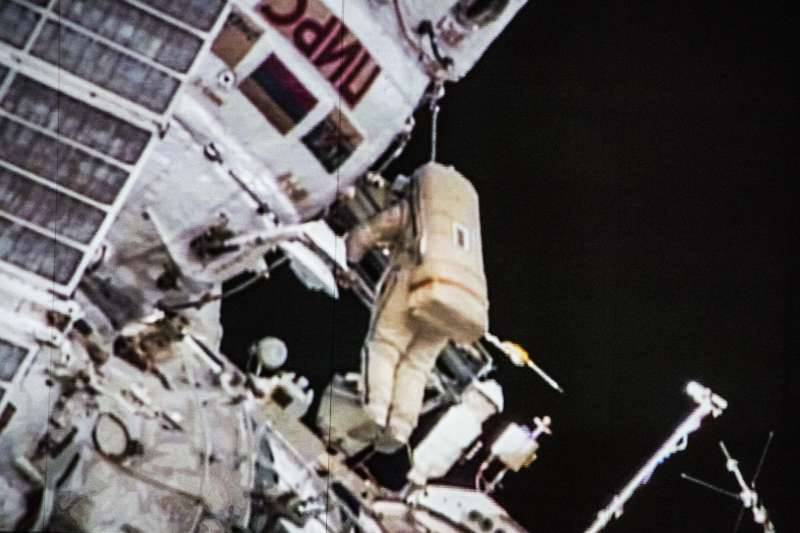 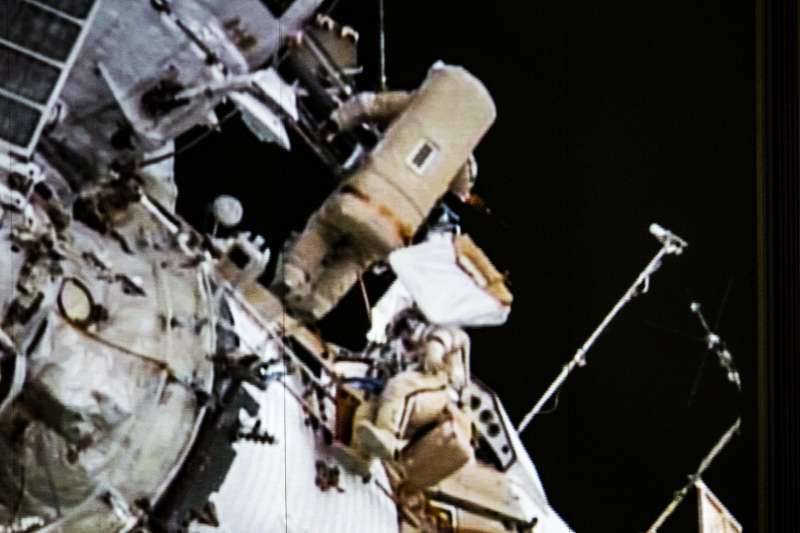 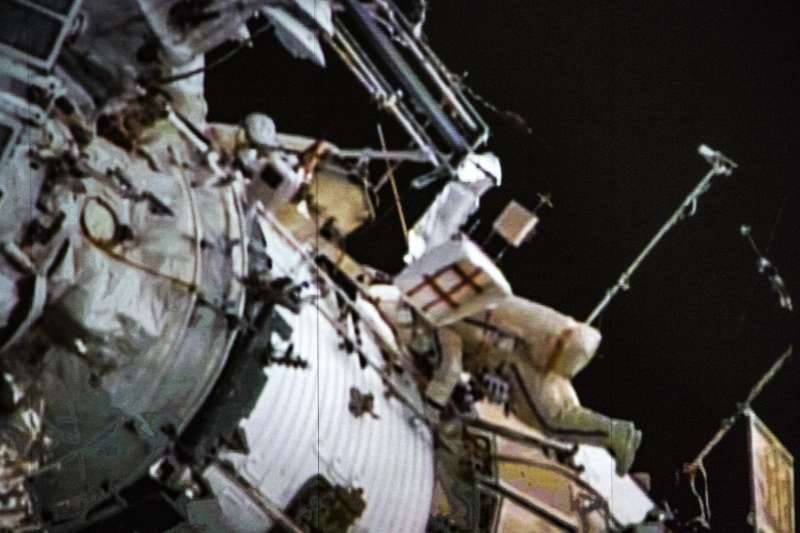 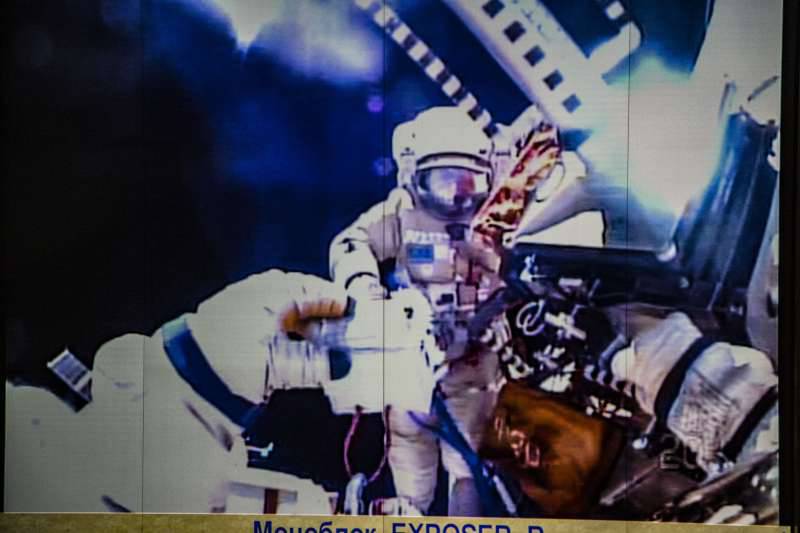 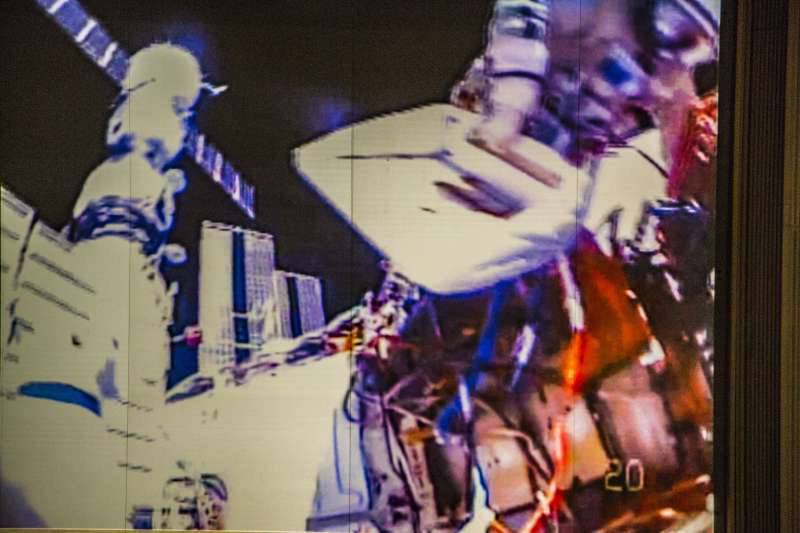 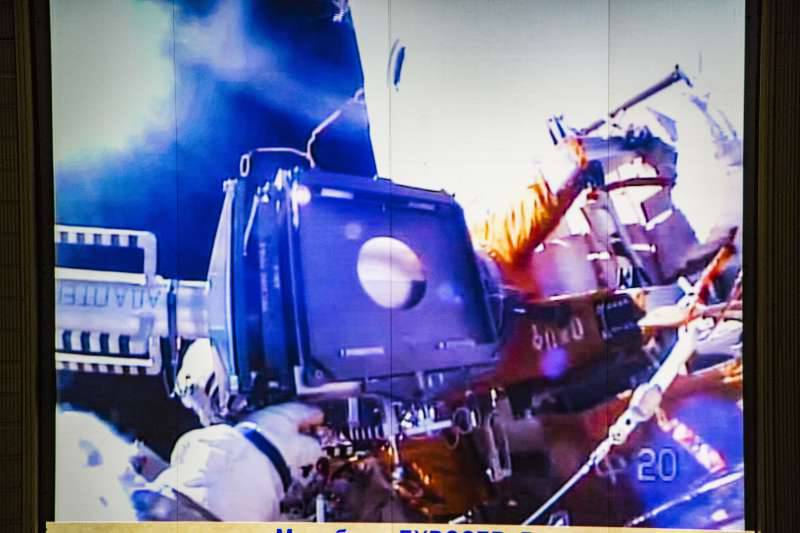 At the time of this event, Yuri Malenchenko had 5 spacewalks with a total duration of 30 hours and 6 minutes. Sergey Volkov has a smaller one. 3 output lasting 18 hours and 15 minutes. But it is clear that both of them are space wolves. And they all worked according to their program.

The program is complex, 5 hours of operation. Installation, dismantling of equipment, taking of some samples and smears, replacement of cassettes at research facilities, some covers were put on the devices.

And all this is on the surface of the ISS, which, to be honest, more reminiscent of an apocalyptic, non-handmade nightmare. And still calm and without fuss. Apparently, haste and vanity in cosmic affairs are generally contraindicated.

The only revival in the camp of the observers was when the coordinator announced that now the astronauts would dismantle the Expose monoblock. And then the picture disappeared. And when it appeared again, the station flew into the shadows, and in general it became impossible to see what was happening there. Well, it is clear that if something needs to be unscrewed, darkness is not a hindrance for Russians. So it happened. The unit was unscrewed and dragged along solely by the light of the helmet lanterns. 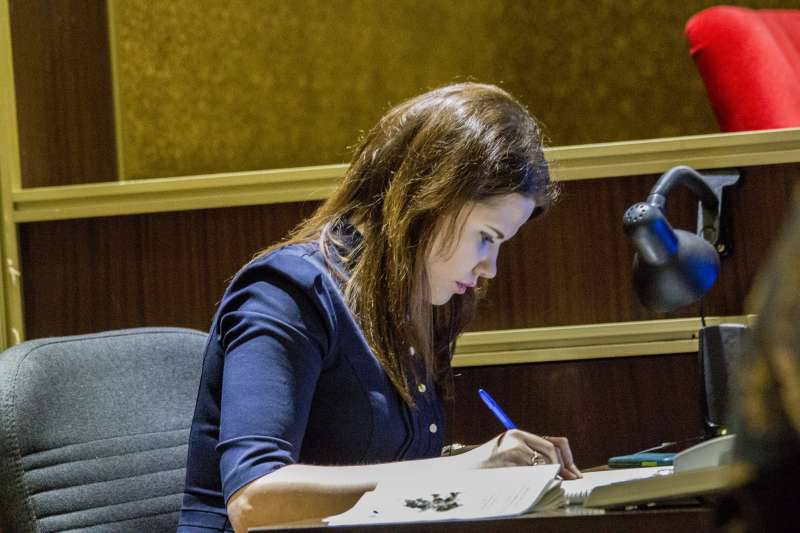 What more can be said? Never mind. Just got to touch what is happening high above the ground. Secret? Riddle? No, rather, impressive routine work. Nothing supernatural, some people do their work in space, others on Earth. But it’s very impressive how they do it. Calm and measured. Not like in Hollywood films, not at all.

It is clear that the main work is not done under the cameras of journalists, it is possible that passions in other halls are boiling, and the tension is much higher. Perhaps, of course, but for some reason I can not believe it.

When we left the MCC, Roman told me the following: "And you know, so I looked at them, they are all like Tanks impenetrable. Probably there, in kind, everything is in order. "

Better, probably, you will not tell. It is pleasant to feel that everything is calm above.

Ctrl Enter
Noticed oshЫbku Highlight text and press. Ctrl + Enter
We are
ARMY-2016. Cluster VCS. Part of 2. Space is space!Final touches: a large report from the Museum of the Great Patriotic War, which is preparing to open
Military Reviewin Yandex News
Military Reviewin Google News
7 comments
Information
Dear reader, to leave comments on the publication, you must sign in.