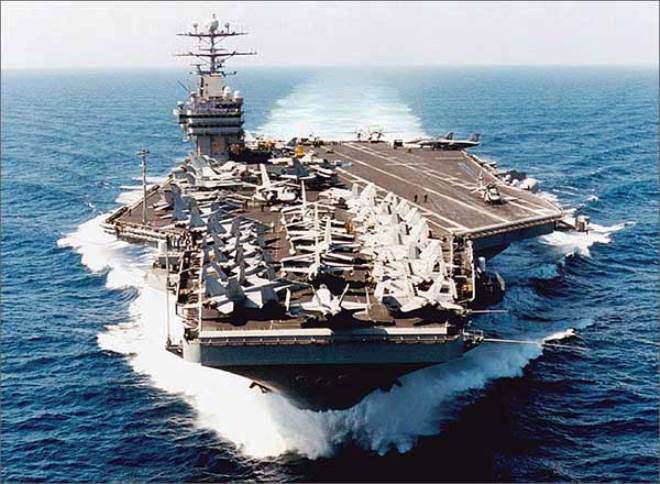 Such a move Washington is associated with the aggravation of the situation on the Korean Peninsula and in the South China Sea, where China, according to the Pentagon, "is trying to take control of a significant part of the water area."

It is assumed that "John K. Stennis" and the ships accompanying him in March will take part in joint maneuvers with South Korea.

Help newspaper: “John K. Stennis, with a displacement of 115,7 ths. Tons, can carry up to 90 airplanes, helicopters and converters. Its main striking force is the F / A-18 Hornet multipurpose combat aircraft. The carrier group performs forward-based and naval blockade operations. Her planes can strike at a distance of hundreds of kilometers from the aircraft carrier. "

Ctrl Enter
Noticed oshЫbku Highlight text and press. Ctrl + Enter
We are
Media: The Pentagon does not exclude the transfer to the shores of the Korean Peninsula aircraft carrier "Ronald Reagan"The US Navy strike group led by the nuclear aircraft carrier Enterprise entered the Persian Gulf.
46 comments
Information
Dear reader, to leave comments on the publication, you must to register.