February 10 2016
114
The Syrian army has set itself a strategic goal - to take control over the border with Turkey. The West, which has nothing to say about it, is indignant on another occasion: Reuters reported on the blackmail of R. T. Erdogan, who threatened to flood Europe with refugees, as they say, with home delivery. Meanwhile, Russia offered Washington a peacekeeping plan to resolve the Syrian conflict. The Russian bear "continues to rule the ball in the Syrian land, as well as at diplomatic meetings," the Western media reported with a sigh. 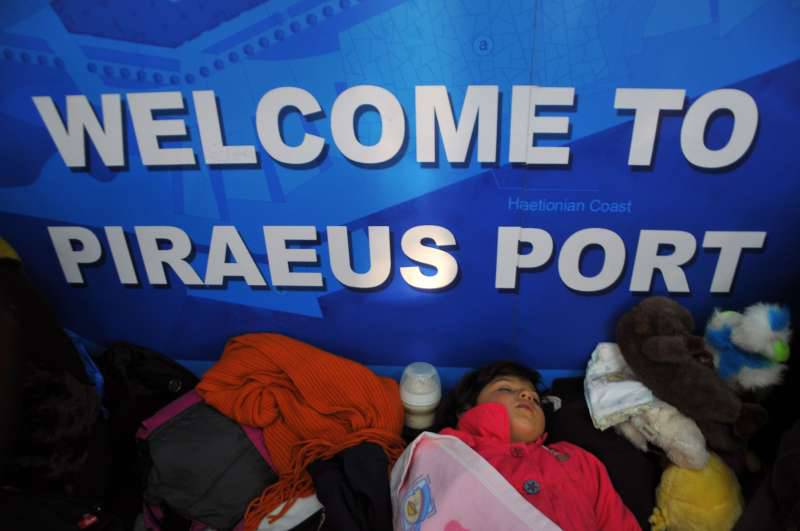 One of the strategic goals of the Syrian army is to gain control over the border with Turkey. About this, as reported "Lenta.ru", said political advisor to the Syrian President Busein Shaaban.

He noted that the operation in the north of the country is planned to continue until taking control of the province of Aleppo and the border. This will “stop the terrorists that Turkey is sending.”

At the same time, he accused Ankara of using the migration crisis to blackmail the European Union. “The solution to the problem of refugees lies in their return to safe Syria, and I am sure that most Syrians want to return to their country,” said Shaaban.

The blackmail of the main Turkish of the European Union really takes place. Comrade Shaaban did not invent it at all and did not mention it for propaganda purposes. Actually, the advanced media of the Western world tell about this blackmail. Let's go at least to the site of the largest news agency Reuters.

American edition Reutersreferring to the site euro2day.gr, spoke about the attempts of the President of Turkey R. T. Erdogan to threaten Europe. It turns out that back in November last year, he threatened to “flood” Europe with flows of migrants. “Flooding” will occur if EU leaders do not offer him a “better deal” aimed at overcoming the Middle East refugee crisis.

EU officials at that time were trying to enlist the help of Ankara in stopping the influx of Syrian refugees and migrants to Europe.

The European Council (Tusk) and the European Commission (Juncker) refused to confirm or deny the authenticity of the publication, Reuters notes. Erdogan’s office in Ankara has not given any comments yet.

However, there is a facsimile document in English, confirming the respective conversation of three politicians. It is not dated. But it is assumed that the meeting took place on November 16 in Antalya (Turkey), where the three met after the G20 summit.

This document contains the words of Erdogan, which he said to EU officials:

“We can open the doors to Greece and Bulgaria at any time, and we can bring refugees on buses ... And what will you do with refugees if you don’t make a deal? Kill the refugees? ”

According to Reuters, in the end, the EU agreed to an amount of 3 billion euros, which will be transferred through a fund created to improve the living conditions of refugees in Turkey. Also there was talk about the acceleration of a visa-free regime for the Turks. In turn, Ankara should stop the flow of migrants who travel from Turkey to Greece.

One member of the European Parliament asked the European Commission to confirm the authenticity of these negotiations. Miltos Kirkos believes that, if the relevant dialogue between EU officials and the Turkish President did take place, then, one should think, some aspects of the deal between Ankara and the EU were “hidden” from the public. Kirkos insists on discovering the truth.

Meanwhile, Moscow continues to act as a leading diplomatic force to resolve the Syrian conflict.

Russian Foreign Minister S. Lavrov told "Moskovsky Komsomol" on the achievements of Russian diplomacy over the past year. Of course, the conversation turned to Syria.

“Without disclosing any particular details, I would note that unlike those, including American colleagues, who constantly simply call for an immediate declaration of a cease-fire, which the US allies in the region oppose, insisting that this issue can only be discussed when it will become clear that Bashar Asad is leaving, we, in contacts with Washington, offered an absolutely concrete scheme, which they have now taken to work, the minister said. - US Secretary of State Kerry recently spoke about her in an interview. I hope that the very simple proposals contained in it will not take too long to be considered in Washington. ”

Isabel Lasser in “Le Figaro” (translation source from French. - "Inopressa") called the battle for Aleppo "a turning point in the Syrian civil war."

The large-scale offensive of the Syrian army, with the support of the resolute Russia and the US inaction, threatens the “non-Jihadist” opposition to Assad, the journalist writes. And its disappearance will transform Syria into the arena of confrontation of the regime with the “IG”.

“To impose his decision in Syria, presenting Bashar Assad as the only alternative to the jihadists from ISIS, this was precisely one of Vladimir Putin’s goals when he sent his army to rescue the Syrian regime,” Inopress cites. “That is why he jeopardized the Geneva talks by launching an attack on Aleppo on the first day of the conference.”

Lasser believes that with the help of the Syrian military operation, Moscow "wants to take revenge on the American rival, the winner in the Cold War, and also to weaken and split Europe."

By returning Syria under its control, the Kremlin will strengthen the Assad regime and restore its influence in the Middle East. In addition, by cutting off the path to Turkey for the “rebels”, Russia will deprive them of their supplies. weapons and wipe out Erdogan's nose.

Europe, meanwhile, quietly exhales: it, “weakened by the annexation of the Crimea,” now “is shaken by the migration crisis, which is intensifying every day due to the Russian bombardment, pushing all new refugees to flee.”

Maybe the US will intervene? Journalism does not believe in it: "Eight months before the American elections, the likelihood that the Obama administration will tighten its Syrian policy is almost zero."

As a result, the Russian bear "continues to rule the ball in Syrian land, as well as at diplomatic meetings."

The Kremlin has already promised to propose ideas at the Munich Conference, and this means that it will be a “change in the situation in favor of Bashar al-Assad.”

The German press writes about political helplessness and the diplomatic weakness of Europe against the background of Russia's actions. Ulf Poshardt in the influential newspaper «Die Welt» He notes: President Putin is “enjoying” the role that the “weakened West” and “President Obama, who is not very capable in the foreign policy sphere, have given him”.

I did not forget the German newspaper editor-in-chief and the theme of the “powerful bombardments of the city of Aleppo”, which led to the emergence of another stream of refugees. These people flock near the Turkish border, intending to get from there to "peaceful Europe."

The author of the article calculated the basis of the Russian strategy. “Air strikes,” he writes, “occurred precisely at the time of Chancellor Merkel's visit to Ahmet Davutoglu, Prime Minister of Turkey.”

And what did the latter do? Never mind. Both Merkel and Davutoglu, the journalist believes, "looked angry, but helpless at the press conference."

As a result, Putin is on horseback. He admits Poshardt, "revenges the Turks for the Russian combat aircraft shot down in November." Putin is also taking revenge on the "Germans who did not allow to interfere in their internal affairs after the alleged rape of a Russian-speaking girl in Berlin."

You read the Western press, and you come to the conclusion: the all-powerful Putin dictates the will of the whole world, and not a single politician, not a single official dares to object to him. They can only be angry, thereby shading their own helplessness.

They have no choice but to accuse Putin of the bombing of Syria and the production of refugees, rushing to the border of Turkey. There, Putin’s secret ally named Erdogan, the famous billionaire blackmailer who provides migrants with comfortable buses and ticket-free travel to the Greek border, is waiting for them with open arms.

Do Western politicians remember how they unanimously supported the "Arab Spring" in the Middle East and North Africa? Do the lessons of the Libyan "democratization" remember? And the Iraqi lessons? And the approval of the White House and the US State Department "victory in the elections" Islamist Mursi in Egypt? And how did the rule of the “Muslim brother” end, too, remember? Hardly. After all, the Russian bear is to blame for everything.

Ctrl Enter
Noticed oshЫbku Highlight text and press. Ctrl + Enter
We are
Geopolitical mosaic: Turkish Prime Minister Erdogan is called “another Putin”, and Radzivinovich thinks the Kremlin will prolong the life of sober Russian officials to 150 yearsSyria: Americans scare themselves, and Asma Asad buys chairs
114 comments
Information
Dear reader, to leave comments on the publication, you must to register.