February 10 2016
64
Moscow was surprised by the German Chancellor’s unconditional support for Ankara’s position on the Syrian issue, reports RIA News Statement by the head of the Russian Foreign Ministry Sergei Lavrov. 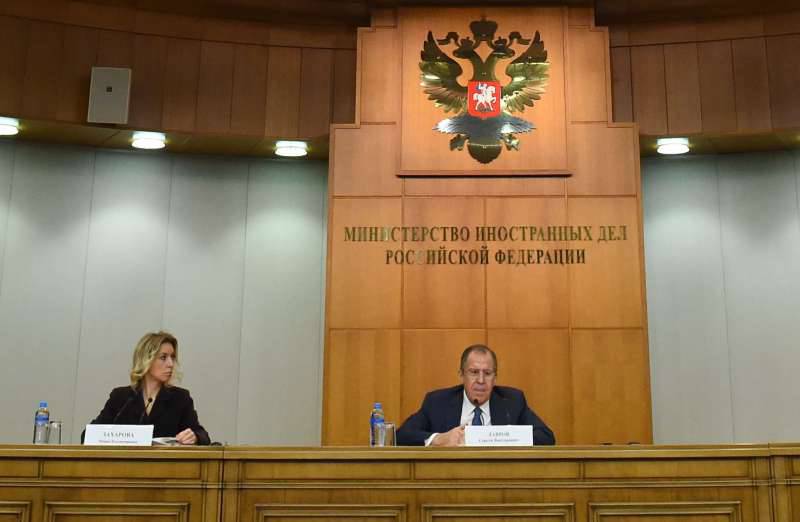 “As for Turkey, we were surprised by the unconditional support of Ankara throughout the Syrian stories, sounded during the visit to this country of German Chancellor Angela Merkel. At the same time, Russia was named the main culprit of what is happening, since, they say, refugee flows multiply from the blows of its VKS,
Lavrov told reporters.

According to the minister, “not a word has been said - at least publicly - about the obvious facts: the terrorist threat in Syria is being fueled by smuggling across the Turkish border in both directions.”

"There (in Syria) - militants, weapons, money and other things necessary for the continuation of terrorist activities. And from there - oil and other goods prohibited for commercial operations with bandits, ”he said.

Ctrl Enter
Noticed oshЫbku Highlight text and press. Ctrl + Enter
We are
ARMY-2016. Cluster VCS. Part of 2. Space is space!The new concept of the Russian Aerospace Force of the Russian Federation will include a radical response to the Turkish aggression against the Su-24M
64 comments
Information
Dear reader, to leave comments on the publication, you must to register.