Lieutenant-General Igor Korobov became the head of the Main Intelligence Directorate. He replaced Colonel General Igor Sergun in this post, who passed away on January 3 from acute heart failure. February 2 The new head of the GRU received a personal standard from the hands of Defense Minister Sergey Shoigu.

Until the last appointment, Igor Korobov held the position of first deputy chief of the GRU and was responsible for strategic intelligence. Immediately after the death of General Sergun, Korobov was the main, if not the only candidate for the post of head of the administration. 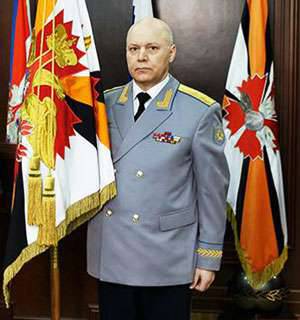 It is worth noting that the appointment of Lieutenant General Igor Korobov continued the tradition that had taken shape since the end of 90: the Deputy Chiefs, who had previously headed strategic intelligence, became the heads of the GRU. In particular, the “strategists” at one time were the predecessors of the current head of military intelligence — Alexander Shlyakhturov and Igor Sergun, who died suddenly.

Despite the fact that the official biography of Lieutenant General Igor Korobov has not yet been disclosed, it is known that in 1973 he entered the Stavropol Higher Military aviation Air Defense College, which he graduated in 1977 with honors. After graduation, Lieutenant Korobov was sent for further service to the 518th Aviation Berlin Order of the Suvorov Regiment (Talagi airfield, Arkhangelsk) of the 10th separate Red Banner Air Defense Army, equipped at that time with Tu-128S-4 long-range barrage fighter-interceptors. But already in 1981, the fighter pilot was admitted to the Military Diplomatic Academy (Academy of the Soviet Army). In official photographs of the Russian Minister of Defense’s presentation of a personal standard to the new head of the GRU, blue stripes and the edge of the shoulder straps of the new head of military intelligence are clearly visible.

It is noteworthy that not only the sudden death of the former chief, but also the appointment of his successor were actively covered by both Russian and foreign media, moreover - they gave rise to several conspiracy theories. Some respected publications quite seriously, with references to anonymous sources, describing the "backstage" struggle between the FSB, the SVR and the GRU, talked about the redistribution of spheres of influence that had begun in Russian intelligence and even about that "the death of General Sergun can cause unrest not only in the GRU , but also around Defense Minister Sergei Shoigu. ”

The work of the GRU is associated primarily with illegal immigrants and foreign residencies, who obtain information on the latest developments of the military-industrial complex of a potential enemy, on the deployment and arming of its troops and nuclear secrets. The structure also includes offices specializing in electronic and space intelligence, cryptanalysis ...

It is clear that such activity is under the most strict security classification. At the same time, the GRU is also responsible for the application, the organizational structure and the army intelligence units, which are subordinate to the intelligence department of the Ground Forces.

After the return to the GRU of special forces, upon transition to a new look transferred to the main command of the Ground Forces, the command structure, according to some reports, also included the command of special operations forces. So in addition to strategic, electronic and space reconnaissance, the new head of the GRU and his subordinates will have to deal with units and subdivisions of Special Forces, SSO centers, take part in the reorganization of the intelligence agencies of the Ground Forces, the Naval fleetAirborne.

Reports from the field

At the request of the newspaper "Military Industrial Courier" intelligence officers told about the existing problems and possible solutions.

According to the majority of respondents, intelligence has not yet recovered from the shocks suffered as a result of the reforms of former Defense Minister Anatoly Serdyukov and the former head of the General Staff Nikolai Makarov. This is especially obvious in the training system. According to one of the interlocutors with a wealth of experience, commanders are taught to manage troops in battle, but they do not explain how to conduct and organize reconnaissance.

There is still personnel shortage, as many officers with specialized education and extensive experience were dismissed during the transition to a new look, and now military personnel, often far from reconnaissance, are assigned to established posts. This requires a major restructuring.

The interlocutors of the publication are in favor of more active work between the structures of the GRU and the main command of the Land Forces. Moreover, after the transfer of “there and then back” parts of special purpose, the work of both the GRU and the SV sometimes leaves much to be desired.

Some interlocutors of the "MIC" believe that special forces units and subunits become too much to the detriment of the bodies conducting radio intelligence.

“SWAT is needed in moderation. Groups of Special Forces should be somehow introduced into the enemy's rear, then evacuated. We need aviation, especially helicopters. But where to get them? In reconnaissance battalions and brigades, more UAVs are needed, in particular, such as the Orlan. It is necessary to increase the forces and means of electronic reconnaissance, to increase their capabilities, "- expresses the wishes of the intelligence officer of the Ground Forces.

Not everyone agrees with the opinion that troops are oversaturated with special forces units. In the context of modern wars and conflicts, special forces units are not so heavily dependent on aviation. In the absence of a continuous front line, SPN teams are introduced into the rear of the enemy on specialized automotive equipment, in particular Tiger armored vehicles.

In a local conflict, as international experience proves, drones and radio intelligence equipment are effective in fighting terrorists. And if the enemy is a modern high-tech army with powerful air defense systems, as well as specialized control and electronic warfare equipment, which reduces the effectiveness of our electronic reconnaissance equipment?

Another headache of combined arms reconnaissance companies is the newly created sniper companies, for which brigade intelligence chiefs are generally responsible. “There are no regulatory documents yet, there is no combat training program. But there are already companies, ”the sniper officer states.

Of course, the head of the Main Intelligence Directorate is unlikely to personally deal with the organizational structure of the battalions and special-purpose companies, and write combat training programs for military snipers. But these are tasks for his subordinates.

Ctrl Enter
Noticed a mistake Highlight text and press. Ctrl + Enter
We are
The appointment of General Korobov says a lot about priorities in the activities of the GRU.The first interview of the head of the most secret department of Russia
44 comments
Information
Dear reader, to leave comments on the publication, you must to register.