What did Lyashko see?

February 10 2016
87
You know, dear readers, sometimes you look at some new thing, and you get in a harmless situation such that for a long time you cannot understand what it is: a dream or a reality. 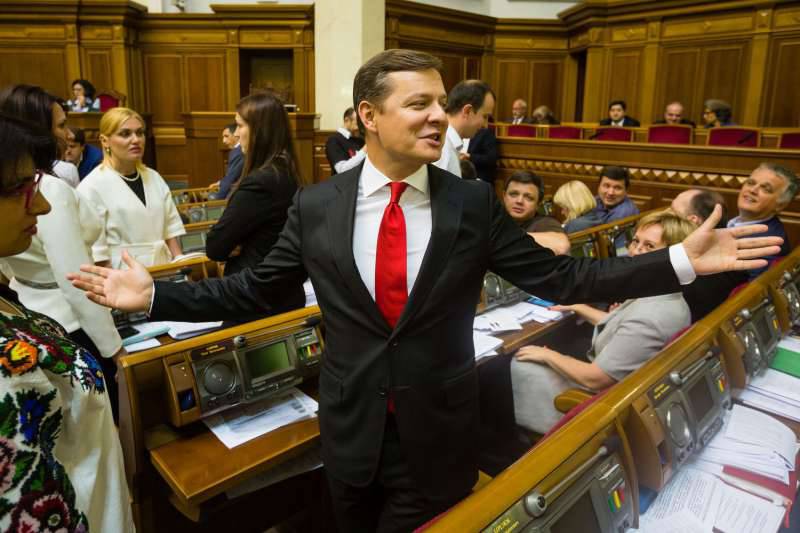 Judge for yourself. Here is what the said figure publicly said to the camera. In principle, the translation does not need much, but still the most basic is the meaning of the translation.

"In Ukraine, the highest unemployment rate over the past 24 of the year, falling GDP growth, and blaming everything on the war, blaming everything on Putin. Do not nod at the mirror, if it's a crooked face! What does Putin have if you steal? What does Putin have if you are fooling people, lobbying and passing corruption laws? And then you apologize ... I don’t see your apologies, I’ve seen people in the market, and there are no people. People go to the bazaar like a museum ... "

What and where fell? No, I could have expected this from a former communist or regional. But just like that, from Mr. Radical Lyashko ... No words.

But how so? How did it happen that the most radical deputy himself suddenly had no main enemy? What has changed in ... well, obviously somewhere in Lyashko has changed. For two years we listened from time to time about how Putin on Independence with Shoigu shot the “heavenly hundred”, and “Boeing” almost personally shot down, and stuff like that. And suddenly - such a turn.

A strange change, very strange. So you see, in a couple of months we will be able to hear from Lyashko something like the fact that he was always in favor of a business conversation with Putin.

God forbid, of course, the guarantor of such "partners" ...

Ctrl Enter
Noticed oshЫbku Highlight text and press. Ctrl + Enter
We are
Results of the week. “I respect you, and you respect me, we are dear people”Situational analysis of the death of the MH17 flight (Malaysian Boeing 777), made on the basis of engineering analysis from 15.08.2014
87 comments
Information
Dear reader, to leave comments on the publication, you must to register.