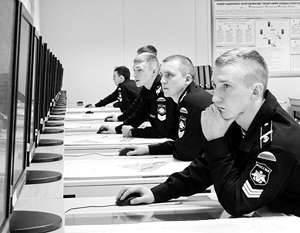 "The key role is played by the creation of robotic complexes." With these words, the Ministry of Defense describes how the Russian military science will develop in the coming years. However, this is not the only element of today's understanding of what the war will look like in the near future.


The Minister of Defense approved the concept of improving the military-scientific complex for the period up to 2025.

Lieutenant-General Igor Makushev, Deputy Head of the General Staff, Chairman of the Military Scientific Committee, said that the document provides for a set of measures aimed at building up the personnel potential of institutes, expanding their capacity to conduct research and clarifying the topics of these studies. He noted that the implementation of the concept is divided into three main stages.
“In the first of these, in 2016, it is intended to form the basis for further development. During the year, it is planned to adjust the directions of the institutions and improve the existing training mechanisms, especially civilian specialists, in order to start their implementation at the second stage, ”the deputy head of the General Staff explained, RIA reports.News».

In the period from 2017 to 2020, the main activities of the concept are planned - building up the scientific potential, upgrading the experimental and testing base, and expanding the interaction of military institutions with scientific organizations of other ministries and departments, Makushev noted.

“Only in the third stage, in the period from 2021 to 2025, is the possibility of restructuring the military-scientific complex, aimed at creating new scientific organizations and structural units of existing ones,” the chairman of VNK said.

Science will answer the challenges

The main goal of the development of the military-scientific complex in the long term is the creation and implementation of an advanced scientific and technical reserve that ensures the military security and defense capability of the state, as well as the high combat readiness of the Armed Forces, ”he said.

“In other words, military science today should not only identify the main threats and challenges to the security of our country, but also provide answers to how to counter these threats,” said the deputy head of the General Staff.

He stressed that based on these tasks, the subjects of research conducted by military institutes are formed. “So, today the priority research areas include the study of non-military ways to achieve military goals and asymmetric responses to enemy hostilities. When developing weapons, the key role is played by the creation of robotic complexes, ”the lieutenant-general said.
“This is primarily about the emergence of new types of wars, like hybrid wars, and on the other hand, a new kind of wars is emerging, such as innovative wars,” Alexander Perendzhiev, an expert of the Association of Military Political Scientists, told the VZGLYAD newspaper. - And today we are preparing for them, and maybe in some way we are leading. Especially now in the West, generals have also thought about how to respond more effectively to Russia in the field of hybrid and innovative wars. ”

According to him, the concept of innovative wars involves the creation of the so-called smart weaponswhich can incapacitate enemy equipment, and moreover, turn it against him. “This is being developed within the framework of the American lightning strike concept. In this situation, we are working out the questions of how to respond to this blow and, moreover, act proactively. We can talk about psychological technologies, systems of influence on consciousness. In fact, we are now developing weapons using such subtle matters that used to be considered something of a fantasy: psychotronic, climatic, tectonic weapons - all from the field of innovative wars, ”the expert noted.

The concept of a lightning strike that the US leadership is implementing suggests that precision instruments must be capable of hitting objects anywhere in the world within an hour, and within this concept pays a lot of attention to the development of hypersonic rockets. Traditional intercontinental ballistic missiles are not very suitable for such use, since tracking devices from other countries, determining launch, cannot classify whether a missile is equipped with a nuclear warhead or not. Hypersonic devices are the way out in this situation.

“For Americans, nuclear weapons are already weapons of yesterday, because they have tremendous superiority in conventional high-precision weapons,” Igor Korotchenko, editor-in-chief of National Defense magazine, told the VIEW newspaper. - Therefore, they are interested in reducing the arsenal of all nuclear states, above all, of course, Russia. Russia has a different concept: we are building an aerospace defense system based on C-500, in order to level US superiority in this area. The C-500 will also be designed to intercept the hypersonic strike aircraft that Americans are experiencing today. ”

“We see that often military objectives are attempted to be achieved by non-military means,” said Victor Murakhovsky, editor of the Arsenal of the Fatherland journal, to the VIEW OF VIEW. “By the way, the US national military doctrine focuses on such methods, in particular, working in cyberspace, in the information space, and working with elites and leaders.”

At the end of 2014, the American generals published a new concept of “Victory in a difficult world” (Win in a Complex World), which analyzes in detail the actions of the Russian army and the Russian state during the Crimean events and concludes that there is a lot to learn.

“Russia has deployed and focused diplomatic, informational, military, and economic efforts to carry out what some experts call non-linear operations,” the document says. It notes that Russia conducted the operation without crossing the line that would require a response from NATO. “In addition, Russia used the possibilities of cyberspace and social networks to influence the perception of events in the country and abroad and provide cover for large-scale military operations,” the authors of the concept write.

One of the cornerstones of the proposed concept is the proposal to integrate military efforts with diplomats, UN staff, activists of international organizations such as Doctors Without Borders, foreign partners, that is, the military should not act separately from politicians, diplomats , international organizations, special services, etc. - as experts noted, the absence of this just led to the fact that the US military successes in Iraq and Afghanistan were wiped out.

As for the robotic complexes, which the Russian military decided to stake on, Murakhovsky noted that they are already playing a large role in the fighting. “If we look at unmanned aerial vehicles — a typical example of robotic systems — many of them work autonomously,” he said. - Now we are talking about the creation of systems of such complexes. This is called a “swarm” or a “flock”, which, under the guidance of artificial intelligence, accepts certain combat orders, solves a certain range of tasks. Now ground, surface and underwater robotic complexes are developing energetically. And it is clear that this will be one of the main trends in the development of military equipment in the near and medium term. ”

"In addition, elements of artificial intelligence are beginning to make their way as a decision support system in automated command and control systems," he added.

Ctrl Enter
Noticed oshЫbku Highlight text and press. Ctrl + Enter
We are
Theory and practice of land mobile robotic systemsFighting robots in future wars: expert conclusions
23 comments
Information
Dear reader, to leave comments on the publication, you must to register.