February 10 2016
104
In late November, the head of Sberbank, German Gref, spoke in favor of the full privatization of the bank under his jurisdiction. “In principle, nothing prevents the full privatization of Sberbank. This will significantly improve our position, ”he said in an interview with the German edition of Handelsblatt and recalled that already now 50% minus one share of Sberbank is traded on the stock market. "Another 25% could be immediately put up for auction." The remaining package (25%) Gref proposed to leave the Central Bank of Russia for the transition period. 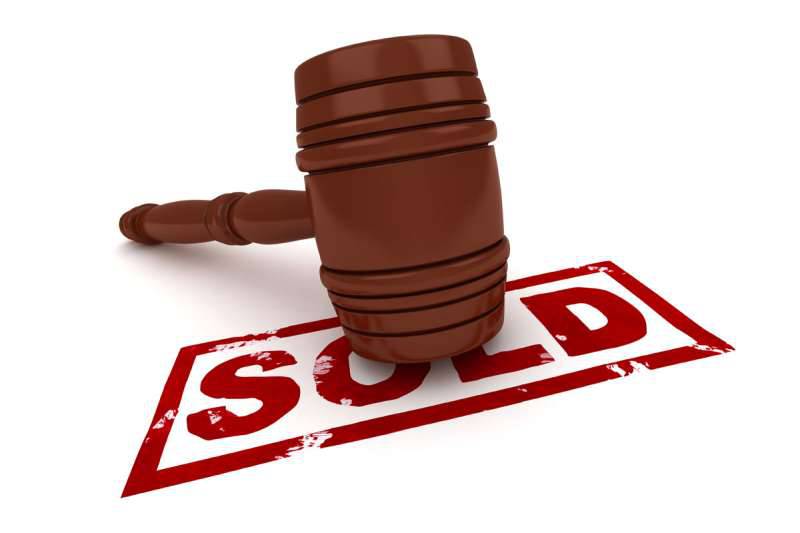 Project in the interests of stock speculators

For the privatization of Sberbank, German Gref, who successfully re-qualified from a failed lawyer to the classics of the Russian economy, has been speaking for a long time. He first spoke about this six years ago, at the Davos 2010 forum of the year. Then, in the heat of controversy, Gref flared up and said: “We must privatize state-owned banks. I suggest starting with Sberbank. ”

Officials and experts were very skeptical about the idea. The fact is that Sberbank is firmly retaining its leadership in the retail financial market of Russia, not because it is headed by the domestic economy, but solely because of its state status and the associated preferences and guarantees on deposits.

On the Sberbank website, he himself is called the "circulatory system of the Russian economy." The bank accounts for 46,4% of household deposits, 34,7% of loans to individuals and 33,9% of loans to legal entities. Such a colossus, without prejudice to the state, is not easy to turn from social goals to private commercial interests.

Over time, Gref cooled down to the privatization of the bank. In July last year at the St. Petersburg economic forum, answering the question about the prospect of turning Sberbank into a private bank and its further privatization, German Gref already spoke as a serious statesman: “I think this is not a good time, especially when we are under sanctions , our capitalization is extremely low. ” And he added: “To sell some shares on the market today is probably not the best time.”

What happened in the Russian economy in less than five months, what made the head of the largest Russian bank change its opinion so radically? The answer to this question was given by the economic adviser to the President of Russia, academician Sergey Glazyev. As Kommersant wrote, Glazyev said that over the past year and a half, exchange speculators have earned 50 billion US dollars in manipulating the exchange rate of the national currency. The amount is impressive. It cannot lie in the form of a banal accumulation, but it is best to save and increase it by investing in large projects. In Russia, these are state assets in strategic companies and banks.

Bankers, of course, are aware of the possibilities and requests of the owners of currency billions. Therefore, when the “client has matured,” the head of Sberbank began to bustle with suggestions. His example was followed by government officials interested in the available resources of potential investors. Under this business they offered packages of state-owned companies that were recently advertised as the “national treasure of Russia”.

The feast of investors, speculators have not yet turned out. At the meeting with the President of Russia, devoted to the privatization of state assets, the appetites of the initiators of the new large-scale privatization were significantly reduced. The first to rein in Gref. The head of the Central Bank Elvira Nabiullina once again reminded that the welfare of Sberbank is largely based on its state status, secured by the package in 51% of the bank's assets. Sberbank fell out of privatization plans.

How profitable to sell cheap!

It should be noted that in the 2014-2015 years, privatization in Russia actually stopped. Minor assets sold on the occasion, but because of the sharply reduced capitalization of companies, no one seriously considered the sale of their shares. For the whole of last year, the budget received about 5 billion rubles at the expense of state assets. At the 2016 year, the official plan was adjusted upwards - to 33 billion rubles. Growth seems to be big, but on a budget scale, this amount dissolves with no visible balance, saving a trillion deficit caused by sanctions, crisis and diligence of the native government.

It perked up, sensing the availability of resources in $ 50 billions, albeit speculative. Already in January, Economic Development Minister Alexei Ulyukayev spoke about the privatization of the largest banks (in particular, VTB and Sberbank) and oil companies. Ulyukaev substantiated his statement quite frankly: “The banking system needs to be developed in order to process the large volume of savings that were formed among Russians in 2015”. (I quote from the publication "Kremlin Press").

The minister modestly reiterated that we are talking mainly about speculative capital, but confirmed: his department is already preparing new proposals for the privatization of state assets. Now the amounts have sounded completely different. Finance Minister Anton Siluanov considered that only the sale of 19,5% to Rosneft could bring to the budget 500-550 billion rubles.

But what about the low capitalization of the campaigns, because the value of their shares fell sharply last year? It turns out not at all! Recorded experts on the state TV channel make convincing calculations. Here is an example of such an analysis: Rosneft in rubles is valued close to historical maximums - 270 rubles. per share, maximum before the 2008 crisis - around 290 rubles. "Bashneft" - now 2050 rubles per share, at the maximum - about 2500 ". “Despite the decline in oil prices,” a young expert from the Russia-24 TV channel rejoices, “the cost of oil companies in national currency is by no means low. Exporters in the price ”.

Only Deputy Prime Minister Dmitry Rogozin was so happy when he counted on the same TV channel that Russia received three times more money for Mistral than it had originally paid. Rogozin can be forgiven. He is not an economist. Just looked not in the currency, but in the ruble graph. We will also forgive the young expert from “Russia-24”, maybe, in time, he will understand that it is indecent to be cunning with viewers. In contrast to Rogozin's humanitarian, the young expert must know the difference between national and world currencies and remember that the shares of the companies mentioned are traded not only on Moscow, but also on foreign exchanges. Here capitalization is estimated in US dollars, and not in depreciating rubles.

The highest ranks of the government were involved in the processing of society. In an interview with Vesti Nedeli’s Sunday program, Deputy Prime Minister Arkady Dvorkovich, understanding the instability of the arguments of the advocates of large-scale privatization, tried to look at the problem more broadly: “In any case, there comes a time when the benefits of obtaining resources at a given time, the benefits associated with attracting new investors outweigh the disadvantages that are. We see that for a number of companies we can fully profitably realize part of the existing assets, while maintaining strategic control over our base companies, base enterprises. ” The head of the Cabinet of Ministers, Dmitry Medvedev, also made a statement: “Privatization of state assets, including state-owned shares, will help stabilize the country's budget.”

Strictly speaking, this is the whole point of the planned sale. All the talk about the effectiveness of private company management, eliminating imbalances in labor costs and productivity, demonopolizing the economy, dividing large companies into parts, and other phillipics about the quality of the economic structure, which have plentifully sounded in recent days to justify large-scale privatization, leave for forums like Gaydarovsky. Practice does not really confirm the correctness of these messages. But something else is quite obvious: in a crisis, the cabinet failed to cope with the management of the economy and failed the budget. The hole in it is now filled with a sale of state assets, which Dmitry Medvedev publicly confirmed.

This is a difficult question. On Friday, Vladimir Putin discussed it with members of the Russian Security Council. At this meeting, a new large-scale privatization was launched. Its principles are defined. The most important of them is that buyers are required to be Russian residents. The cost of shares must be paid in rubles. These funds will go to the Russian budget and will be spent within the country. Only investors with their own, not borrowed, resources will be admitted to trading. The list of companies included in the privatization plan is limited. First of all, Rosneft, Bashneft and Alrosa will pass through it.

Any sale is addressed to those who have money. The rest of it is allowed to look only from the street. Only now privatization is not concerned, it affects the interests of a very wide range of people. After all, the favorite brainchild of liberal economists only in theory guarantees progress and prosperity. In fact, the national wealth transferred to the private sector, immensely enriching new owners, ceases to serve society and even disorganizes power. The time after the large-scale privatization of the nineties confirmed this better than any theory. And today, in the days of the crisis, the Russian economy largely rests on the assets still controlled by the state. What will happen next? No one will say. The bright minds of the Russian economy are concerned about the momentary task - the filling of the 2016 budget of the year.

... As for Herman Gref, he really became skilled in economics and understood perfectly well - large private public companies now became the patrimony of management, which was little dependent on the multi-layered pyramid of owners. This new facet of privatization opens up broad prospects for company executives, the rest will be able to contemplate the process through a window shop window. Not the best prospect for society, which created the very values ​​that will go into private hands for speculative dollars.