What is fraught with a European crisis? 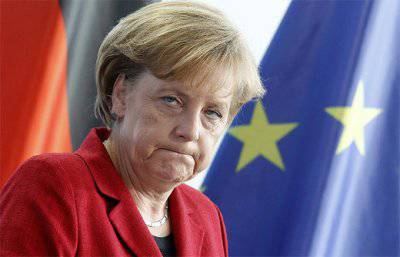 Crises are not uncommon in the modern world. They can be global, that is, affect the interests of a large number of states, as well as regional, occurring in one particular country. Nevertheless, they are all associated with the changes associated with the redistribution of power.

The crisis of the state debt of Europe in terms of the “crisis of the Mediterranean countries” can lead to a redistribution of power between the northern and southern countries of Europe, as well as to a decrease in the political importance of southern European countries. This applies not only to Italy, but also to Greece, Spain and Portugal.
At present, Germany has assumed the role of the main political player in Europe, wishing thereby to be able to determine the fate of nations that are on the verge of default.

It is clear that no state willingly will want to lose its sovereignty. And a crisis is not an irreversible process at all, but only a desire to “go with the flow” (which, by the way, is also an action).

In any case, it is necessary to find solutions to problems. First of all, it is necessary to find out what these “problem” states are able to do, so that if you don’t take leading positions, then at least you will not be out of economic, cultural, military and trade development, and at the same time social and political. Otherwise, residents of these countries inevitably expect a decline in living standards.

The situation is aggravated by the fact that Spain and Greece are in the euro area, that is, problems in these countries will inevitably affect the situation in all other countries that use this currency. Brussels is interested in maintaining the stability of the course, while Southern Europe is in its sharp collapse. In such a situation, the only correct solution for these states is a radical devaluation of the national currency. However, since this is not possible within a single country, there were rumors about the exit of several “problem” states from the euro area. In this case, the euro will stand, but its reputation as a reserve world currency will be radically undermined. If the European Union tries to keep all these countries in one zone, they will thus pull all the others along. As a result, confidence in the euro will still be lost, but this will happen a little later.

The weakness of the South European countries is also fueled by the weakness of their infrastructure. After all, for example, in Italy, high-speed trains can be seen only in the center and in the north of the country, while in Spain they are used exclusively for short distances; the river infrastructure is completely absent as such, and the project to build a bridge across the Strait of Messina remained unfulfilled.

An important step is the cooperation of countries in order to ensure state security. And the crisis will undoubtedly have a negative impact on the ability of the governments of these Mediterranean countries to allocate a sufficient amount of funds for national security.

For each of the four states, such cooperation means the rejection of territorial aspirations: for Italy and Spain, this is the rejection of the notion of an expanded Mediterranean, and for Spain, in addition, the rejection of South American aspirations. Portugal is obliged to abandon its South Atlantic role, while Greece will have to stay in the position of silent martial confrontation with Turkey.

To all these problems, one more was added - the emergence on the world stage of a state that for centuries had been a central figure in the policy of containing European countries, Turkey.

Turkey every day strengthens its position in the Middle East region, has good relations with Russia, South Africa, India, Brazil and China. This state is strong, characterized by stable, albeit slow economic growth, it has a well-armed army.

Thus, in the event of a collapse of the euro, the only states remaining in the Mediterranean and in Europe will be Turkey and Germany, whose governments may well “agree” before an armed conflict. Indeed, as a result of the crisis, Germany may finally gain access to the Mediterranean, and Turkey will once again restore its influence in the Balkans.

Such forecasts should make the governments of Madrid, Rome, Athens and Lisbon think and start looking for ways of cooperation. First of all, you need to think about Greece, because it is this country that is in the most deplorable state. It is isolated in terms of diplomacy. But at the same time, it is obliged to ensure national security: to maintain control in the Aegean Sea, on the islands of Rhodes, Crete and Corfu. However, this is necessary not only for Greece, it is also beneficial for the other three countries.

It is necessary to conduct joint military exercises in the framework of cooperation between Europe and the Mediterranean, which would contribute to strengthening the interaction of the naval forces of these countries. Nothing prevents these states from also establishing cargo transportation by sea and integrating their ports. All of these actions in sum would be a clear signal of containment for Turkey and Germany.