February 11 2016
60
In the solar system, meteoroids, asteroids and comets are moving in the space between the planets.


Meteoroids are the smallest bodies of the solar system, whose dimensions can reach several meters. When they enter the atmosphere of the Earth, they burn (the speed of entry is of the order of 70 km / s) at altitudes up to 80 km (falling stars). Sometimes they are destroyed in the atmosphere, creating a bright flash. Experts call this phenomenon fireballs, and fragments falling to Earth are meteorites.

Asteroids rotate around the Sun, and due to the gravitational effects of the planets approach them, including the Earth. 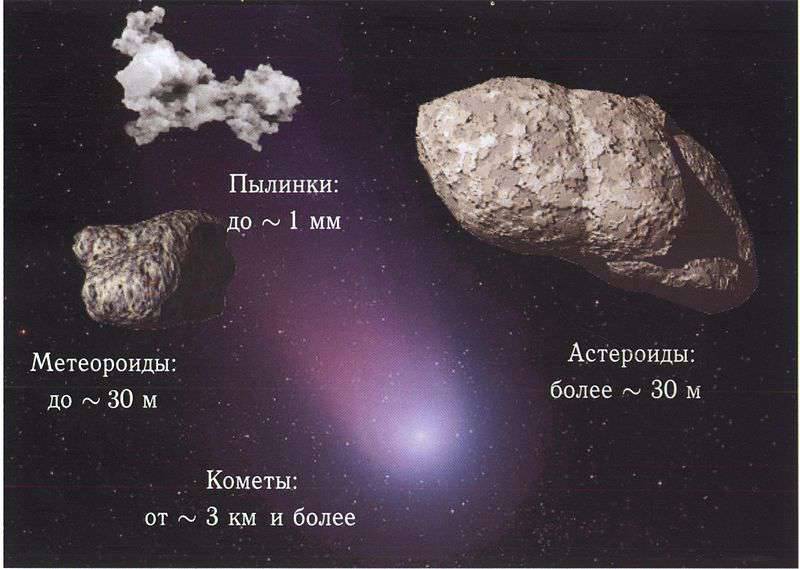 In space, comets move in elongated orbits. When approaching the Sun, they appear gas-dust shell with a "tail." Among comets there are those that cross the Earth's orbit and can collide with it. Comets are made of ice and dust. The density of the substance of comets reaches 1,5 g / cm3. 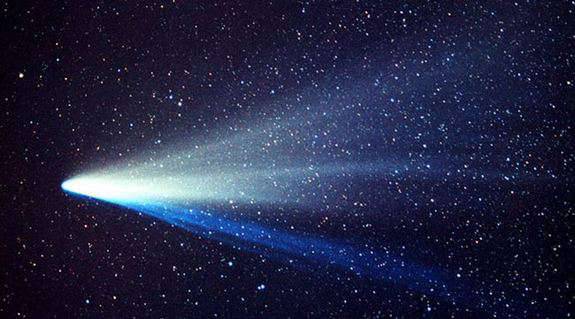 Studies of the solar system with the help of spacecraft have shown that the planets of the solar system are covered with craters of impact origin. One of the deep impact craters of Beringer is located in Arizona, its diameter is more than 1,3 km, and the depth is more than 170 m. It is very difficult to assess the consequences of the impacts of cosmic bodies. The power of the explosion is expressed through the TNT equivalent. It is equal to the mass of trinitrotoluene. So when 1 kg of trinitrotoluene explodes, 4,2 MJ of energy is released. This kinetic energy will have a cobblestone mass of 1 kg, moving at a speed of about 3 km / s. The energy from the explosion of an asteroid with a diameter of 2 km will be equivalent to the explosion of a million megaton nuclear charges. 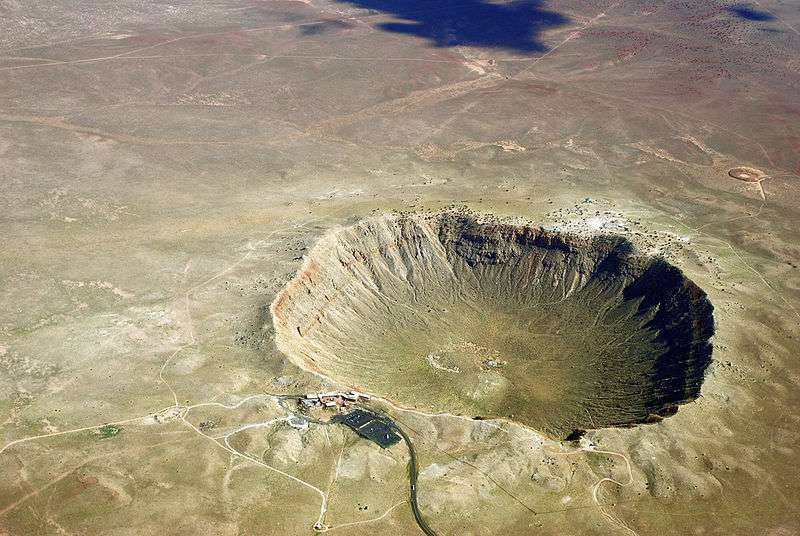 The most powerful thermonuclear bomb in the world, tested in our country in 1961, had the power of 60 Mt. This is estimated to correspond to the explosion of the Tunguska meteorite. The total ammunition of all nuclear countries can be estimated in order in 10 000 MT, the explosion of which would lead to a global catastrophe. An asteroid of size 0,5 km and moving at a speed of 30 km / s, has kinetic energy, commensurate with the explosion of a nuclear warhead accumulated by mankind by now. Astronomers call such asteroids "killer bodies." Evaluation of the Earth's surface allowed to fix impact craters on it over 140. Impact craters experts call astrobleme (star wounds). 25 of such craters has been recorded in the Russian Federation. 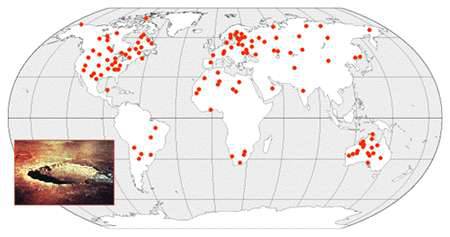 Impact Craters on the Earth's Surface

When a celestial body fell on the Yucatan Peninsula in Mexico, a significant part of the Earth’s biosphere was destroyed by an explosion. The diameter of the celestial body was about 10 km. Studies conducted by scientists in a number of countries have made it possible to state that 12900 years ago the mammoths of North America were burned out by a comet that exploded over the mainland. The comet had a diameter of several kilometers; the absence of a crater made it possible to assume that it was an air explosion like the Tungussky meteorite. Due to the reduction of the ice sheet, cold waters poured into North America, which in turn led to a strong cooling across the whole hemisphere.

Already at the beginning of the 21 century, five events took place related to the fall of celestial bodies to Earth, including in the Chelyabinsk region. Several people suffered from the explosion of this celestial body, and a number of industrial enterprises and housing stock were damaged.

The problem of the asteroid-comet hazard is real and needs to be resolved. In particular, in the USA attempts are being made to solve this problem at the legislative level. So in the 2005 year, the NASA Authorization Act was passed, which provided NASA forces to provide detection, tracking, cataloging near-earth asteroids and comets in order to warn of possible danger. According to NASA, the 30-meter 2013 TX68 asteroid is approaching Earth. The trajectory of its movement has not yet been calculated, but according to preliminary estimates it will pass from the Earth at a distance of 14 million km.

European countries have offered our country to create a joint system of protection against asteroids. This is a specific method of action associated with the deviation of an asteroid from a dangerous orbit using a nuclear explosion. At present, there are already proposals to change the orbit of the celestial bodies approaching the Earth by the gravitational tractor method in the form of a jet engine placed on it. This problem should be solved by a complex method, providing for the integration of the efforts of specialists from various countries and branches of knowledge. Given that the Pulkovo Observatory is located in St. Petersburg, it is advisable to set up a Center for these studies in St. Petersburg under the guidance of well-known astrophysicists.

8 February 2016 in the US a meteor hit one of the inhabitants of this country. Prior to that, in 1972, an animal was also hit by a meteor falling to the ground. What's next?

PS This article was prepared using materials based on the results of research in this area, which were published by the authors in the journal "Alert of Aerospace Defense" No. 1, 2014.

Ctrl Enter
Noticed oshЫbku Highlight text and press. Ctrl + Enter
We are
Threats from space are growingMissed chapter "Strategy-2020"
60 comments
Information
Dear reader, to leave comments on the publication, you must to register.