February 10 2016
45
The migration crisis in Europe has reached a climax. Perhaps, it will soon come to a turn on 180 degrees even by those politicians who until the last day advocated “European values” - that is, “open doors”, serving refugees in special centers and distributing social benefits to them. It's about Angela Merkel, who is now directly blamed for the crisis on the continent. Will it block the borders of Bavaria, thereby banning entry to Germany from those coming from the Middle East and from Africa? 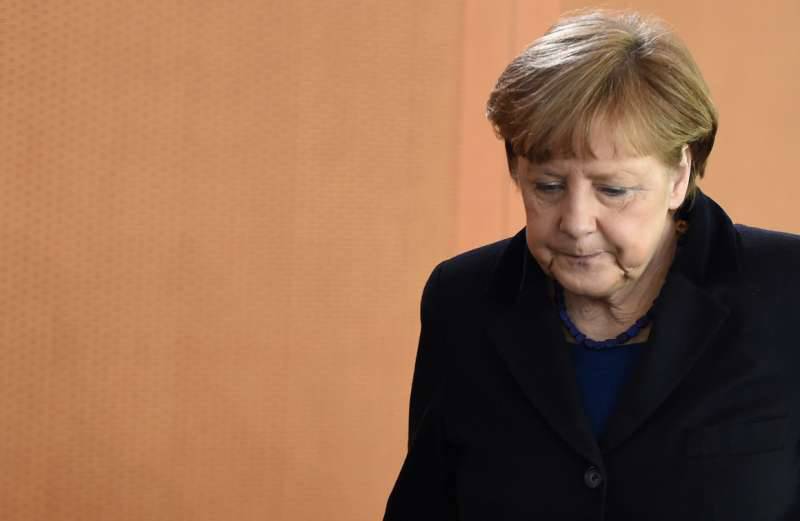 On the website of the European edition of the journal "Politico" an article appeared by the director of the Berlin Institute for Global Public Policy, Thorsten Benner ("Thorsten Benner"). The expert believes that just as the American President Nixon in 1971 decided to stop the work of the Bretton Woods monetary system, the German Chancellor Angela Merkel today can make a decision on a global scale.

Paul Collier, a professor of economics at Oxford University, is very clear: “Angela Merkel is responsible for the refugee crisis. Who else? ”

It would be easy to argue with Mr. Collier, the author of the article notes, if he had not been a member of the “growing choir of voices”, who sees the German refugee policy as a kind of “morality”: Frau Merkel in this play is simply trying to “redeem” historical the sins of Germany. "

The late Lord Weidenfeld did not speak in vain at one time about the German public, “naively hosting refugees” - as if the Germans had found “a way to atone for the sins of their grandfathers”.

Merkel’s proponents also tend to qualify her policy toward refugees from a moral point of view. Ruth Klüger recently expressed her admiration for Merkel, who has an open door policy for Syrian refugees. Kluger even called the position of the chancellor "heroic."

Be that as it may, the moral does not at all reflect what the German Chancellor really motivates and will determine its decisions in the very next few months, the expert believes.

Refugee policy is a real problem for Europe. And Merkel understands this. Much earlier than other politicians, she argued that the issue of migration creates a much more serious problem than the debt crisis in the eurozone. She realized that the EU was “terribly unprepared” for a massive influx of migrants. And Merkel had no illusions about the fact that the German electorate is much more “virtuous” than the citizens of its European neighbors.

The situation got out of control last summer, and it became clear that Merkel had correctly warned about the danger that Europe and, in particular, Germany had faced: after all, this country had received the largest number of refugees. The center of the continent began to resemble a place of humanitarian disaster. Increased tensions in the Balkans. Finally, the Schengen zone was under the threat of an “explosion”.

Merkel came to the conclusion that Germany was generally the only EU country that was able to provide emergency assistance to migrants. Here you have a strong economy, favorable conditions in the media, and the lack of well-organized right-wing movements.

Germany’s readiness to act as a temporary refuge for refugees reflects Merkel’s desire to prevent a humanitarian catastrophe in the center of the EU and gain time for a multilateral solution to the crisis in the center of Europe.

It was always clear that such a political move would cost a lot. Yet Merkel was ready to "bear the political costs." True, temporarily. Acting in this way, she carried out not sentimental, but real politics (realpolitik), the author points out.

Merkel now advocates the establishment of so-called “hot spots” in the EU’s border states, denying refugees the right to choose their country of asylum in Europe. She supports the expansion of the list of “safe countries of origin” and is ready to make deals with Recep Tayyip Erdogan in Turkey. At the same time, she tried to put pressure on other European countries prone to the “fair distribution” of refugees in Europe. But many EU countries appear to be “enjoying” the fact that Germany is fighting the refugee problem. The latter have already begun to be considered a German, not a European, problem.

That is why for Angela Merkel the political issue price is growing rapidly. And right then the right forces: the votes of the populist movement “Alternative for Germany” are rushing from the far right flank - the rating of this party jumped to 10% in the country. Most likely, people from this party will fall into three regional parliaments (elections will be held in March).

“Like any liberal hegemon, Merkel should have thought today: is the game worth the candle? Perhaps it would be better to block the borders of Bavaria, apply the right of Germany, which the Dublin Agreement gives her, and turn back the flows of refugees who have already crossed the borders of other safe countries in Europe, ”writes the expert.

Historical precedents of such global policy changes are there, he recalls.

After the Second World War, the United States guaranteed a stable exchange rate in accordance with the agreement in the Bretton Woods. In the 1971 year, when US spending rose due to speculation about the dollar, President Nixon decided to make a U-turn, later called "Nixon shock." In essence, Nixon abandoned his earlier promises.

And today, Europe, it seems, should prepare for the "shock Merkel."

Meanwhile, the world is calling for the "resignation" of the German Chancellor.

On Saturday last week, about fifteen thousand people came out on the Royal Embankment of Dresden. They protested against Merkel’s policy and called for the Chancellor’s resignation, reports "Russian newspaper". Their main political requirement: the introduction of amendments by the Government of Germany to the legislation on restricting the influx of refugees.

Recently, an article appeared in the US (in The New York Times) calling for Merkel to resign and take emergency measures to resolve the "migration crisis." Russian political analyst Sergei Biryukov calls this publication a "truly significant event."

“Expecting to use migrants to reform the labor market, Merkel ended up trapped: the situation got out of control,” writes an expert in the newspaper "News". “Certainly, the effect of surprise played a part, but the crisis seems to be the last straw that has filled the patience of German society.”

The crisis has become pan-European and inevitably affected the world image of Angela Merkel. Even the United States suddenly refused to support the German chancellor and doubted its effectiveness, the political scientist notes. In his opinion, “the ambiguous experience of President Obama’s social reforms, hard-lived by the Americans,” responded here.

According to the scientist, Germany after Merkel can develop in several alternative directions: focus on the problems of internal development, primarily socio-economic and cultural-educational ones; reduce attention to “European solidarity at any cost” and focus on all-German unity; restore the welfare state; pursue a balanced policy towards Russia; make a turn towards Central and Eastern Europe as a natural zone of German interests. The political scientist believes that Germany “is less in need of mentoring and didactics, which the current government persistently offers it.”

As for Merkel herself, let us add on our own, so far there has been no change in the vector of foreign policy pursued by the Chancellor - neither with respect to Russia, nor with regard to the reception of migrants.

“In recent days, we are not just frightened, we were horrified by the kind of suffering that tens of thousands of people suffered from the bombing, mainly Russian ones,” - said she is at a press conference with Turkish Prime Minister Davutoglu.

Refugees are hindering peace talks on a Syrian settlement, Merkel said in Ankara. “Germany is ready to help with supplying refugees”, - said she is.

It turns out that Frau Merkel simply “assigned” the culprit for the refugee crisis. Russia became guilty. It is the Russians who organize “bombing”, “suffering the tens of thousands of people”, thus creating the problem of refugees rushing from ravaged Syria to Turkey, and then to blessed Europe. Of course, in Mr. Davutoglu, Erdogan's henchman, she found a grateful listener.

Observed and commented on Oleg Chuvakin
- especially for topwar.ru
Ctrl Enter
Noticed oshЫbku Highlight text and press. Ctrl + Enter
We are
Refugees from Syria. Will Russia accept immigrants from the Middle East?What to do with the refugees? Eastern Europe to host thousands of Africans and Asians
45 comments
Information
Dear reader, to leave comments on the publication, you must to register.