Rosstat report: the percentage of mortality in Russia is significantly reduced

February 9 2016
64
The encouraging figures were published in one of their latest reports by the Federal State Statistics Service (Rosstat). We are talking about reducing mortality rates among citizens of the Russian Federation, marked by the end of 2015. Rosstat plans to publish the final reporting data in April of this year, however, and according to preliminary data, it becomes clear that there is a reason for positive. Of course, you can once again remember the famous expression that there is a lie, there is a blatant lie, but there are statistics, but the Rosstat report is not at all isolated data that cannot be rechecked and compared with other sources - there are similar figures in several report sections presented, for example, in the Ministry of the Interior.


So, what do the preliminary calculations based on the results of the past year show? And they say that the total number of Russians who died from the so-called external causes (in this case does not include statistics on mortality from various diseases) in 2015 was about 164 300 people. This is about 5 more than a percent below the 2014 of the year. 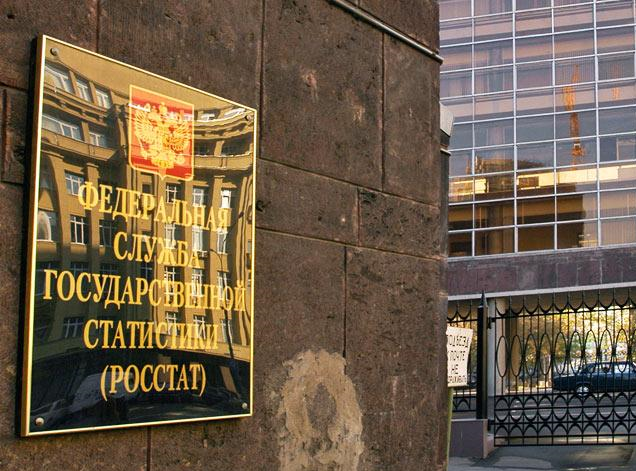 We should also consider the issue of mortality as a result of murder. The Rosstat report provides information according to which in 2015, the number of murders in Russia has decreased to the lowest level since the existence of the state of the Russian Federation itself. The total number of murders in the regions of Russia was about 11,7 thousand. This is immediately by 10% lower than the year of 2014. The report of the Ministry of Interior says about 11,3 thousand.

The previous time, about the same number of murders was recorded in Russia, when it was still part of the Soviet Union, in 1988-1989. The highest death rate from murder in Russia was in the 94 year of the last century, when the death rate for this indicator reached almost 48 thousand people a year (more than four times more than today).

Law enforcement officials say that economic factors have played a role in reducing the number of murders in Russia. Mainly, the fact that the tendencies of the 90's “dismantling” were gone, when sensitive issues in certain circles were often solved with the help of weapons. Played its role and work to reduce the number of so-called street groups, which (work) continues today.

The Rosstat and the Ministry of Internal Affairs (separately from each other) are also presented with data on the number of committed suicide acts - more than 24 thousand suicides, which is 6% lower than the statistics of the year before last. Frankly, very unexpected statistics. Unexpected if only because the number of suicides more than doubles the number of murders, and this indicates an untapped field for the work of professional employees of social and psychological support services, whose institute in our country, frankly, is not too developed.

On the one hand, the tendency towards a decrease in the number of suicide acts is encouraging, but more than 24 thousands of suicide deaths per year are still very frightening figures, and this figure is unlikely to be ignored by both regional and federal authorities. Particular attention to this figure should be paid to the authorities of the Republic of Bashkortostan, which owns the sad record for the number of suicides among the local population. Only in the first 6 months of 2015 of the year in Bashkiria, 485 people committed suicide. For comparison: in neighboring Tatarstan - 201 people, in Moscow, whose population is significantly higher than the population of Bashkortostan, 158 people. And then the Chechen Republic became the benchmark for the same Bashkortostan, where the number of suicides among the local population is reduced to the absolute minimum - 2 person per year.

By the way, the record number of suicides fell on 2001 year. Then almost 40 thousands of people brought their lives to life!

What other "external" causes of the Russians' deaths were told by the representatives of the Rosstat? One of these causes is mortality due to all types of traffic accidents (including accidents). 2015 statistics of the year - 24,7 thousand deaths. Many, but this is almost 15% lower than mortality due to various types of accidents in 2014. According to experts, the tendency to a significant reduction in mortality rates, to put it more simply, from road accidents, is due to a number of reasons, one of which is systematic work to improve the quality of roads, as well as to reduce the number of frankly emergency cars on such roads.

Certainly, there are enough regions where road problems are more than acute, but if we compare Russian roads in the whole country with what was 10-15 years ago, then drivers who are familiar with the condition of roads in various regions of the country are not hearsay. improvements. If the same 10-15 years ago it was possible to travel hundreds and hundreds of kilometers along the route, without meeting a single team producing remedial and construction works, now, and this must be admitted, the situation has changed in dozens of regions of the country. Yes - not everywhere, of course, “motorways”, roadside infrastructure is not developed everywhere, but there are progress, and the statistics confirm this. One of the new areas of work to reduce deaths as a result of road accidents in Russia is associated with the creation of special medical teams equipped with modern resuscitation and other medical equipment. Such brigades will be able to be on duty (and in some regions they are already on duty) at the sections of the routes where the statistics on accidents are depressing regardless of the season and the condition of the roadway.

Rosstat publishes data on reducing the number of poisonings and drowning (not suicide and not alcohol poisoning). In the first case, the 2014 indicators declined by 9% and amounted to 9,6 thousand people, in the second case - immediately by 15% - to 6,1 thousand people. The statistics of deaths by alcohol poisoning for 2015 of the year is about 9,5 thousands of deaths, which is approximately 2% lower than in 2014. Mortality rates decreased in a number of other areas.

According to Rosstat, in Russia for the third year in a row there has been a decrease in mortality in most regions of the country and, as a result, throughout the country as a whole (from all types of causes, including diseases) and natural population growth (even without taking into account reunification with the Crimea) .

Ctrl Enter
Noticed oshЫbku Highlight text and press. Ctrl + Enter
We are
Russian military facilities on fresh Google Earth imagesSituational analysis of the death of the MH17 flight (Malaysian Boeing 777), made on the basis of engineering analysis from 15.08.2014
64 comments
Information
Dear reader, to leave comments on the publication, you must to register.