From Korea in a big way

February 9 2016
54
The next day, after testing a North Korean launch vehicle, the DPRK patrol ship defiantly entered the territorial waters of South Korea. It is obvious that the South Korean government will not leave a series of such provocations unanswered. Seoul also began negotiations with the Americans on the deployment of THAAD (Terminal High Altitude Area Defense System) batteries in Korea. It is difficult to imagine that there are any American agents of influence in Pyongyang, but his actions so far fully meet the interests of the United States who are ready to make the most of what is happening to realize their own goals. 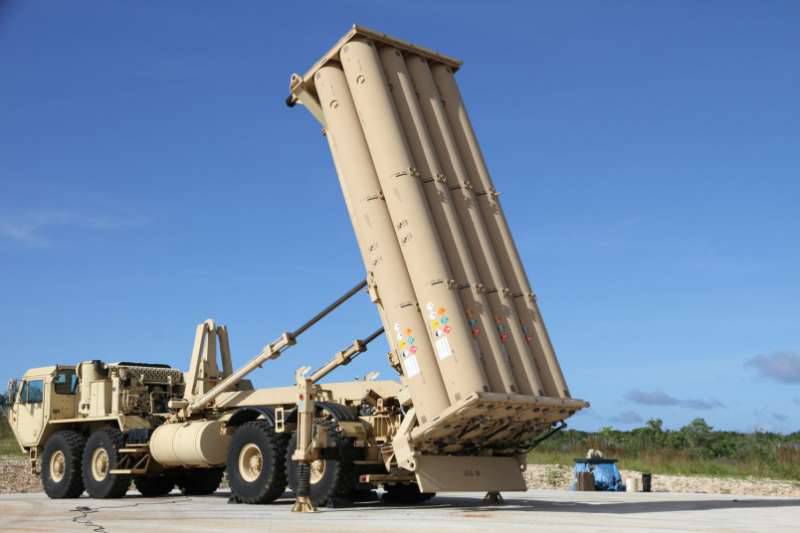 The first goal is simple: under the guise of a threat from the DPRK, move the first line of missile defense to the borders of China. If we speak in the language of comparisons, the way missile defense systems were built in Europe under the pretext of protection against Iran, and Syria is now occupied for high reasons of fighting ISIS *, the DPRK will be used as a scarecrow in the Far East with completely different goals. Not surprisingly, the diplomats of the People’s Republic of China immediately responded by publicly expressing their concern. The cause of the alarm is obvious. If for SM-3 interceptor missiles deployed on destroyers in Japan, the response time is short enough, then the appearance of interceptor missiles in Korea makes it simply prohibitively short. Even if initially this system will not be able to knock down Chinese ICBMs, then in the future it can be replaced with something more deadly, and at the same time it can also place complexes in places where no North Korea even smells. For example, on the southern island of Jeju. 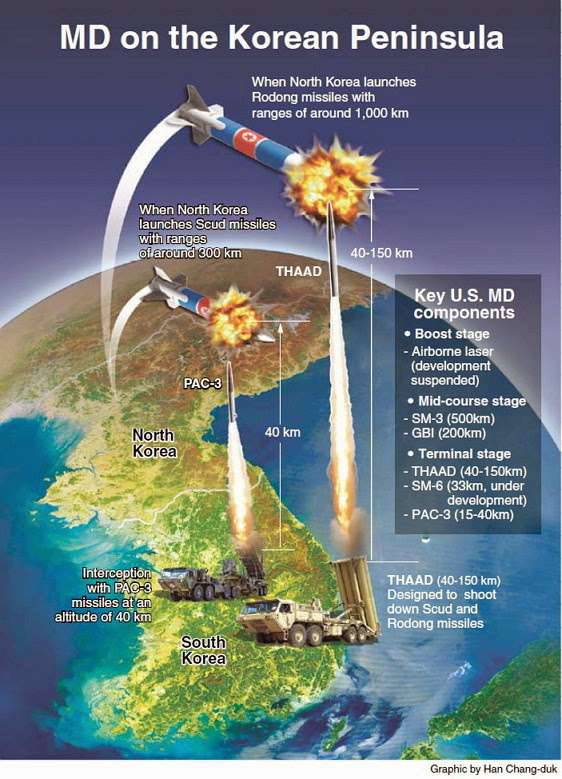 The second goal is to create conditions for a conflict of medium or high intensity, which will be a real gift of fate for the United States and a headache for Japan and South Korea, whose rearmament programs are designed for at least 2020 of the year. However, the unpreparedness of Seoul and Tokyo hardly worries anyone in this particular case.

The third goal is even more global. The creation of military tension in such an important region automatically heats the situation in the world as a whole according to the multiplication effect. In 2010, the Korean crisis could not become a pretext for a world war, as the situation remained relatively stable in other regions. Now that famous events in Ukraine and the Middle East have created a truly pre-war atmosphere, the conflict in the Far East may simply blow up the situation. Unlike LIH, North Korea is a system player (UN member), although its place in this very system is very peculiar. And when a system player plays aggravation, it always causes much greater instability than similar actions of the player non-system.

There are more fundamental points that work on escalation. All the major powers of the region today are plunging into a systemic crisis. This is true for China, Japan, Russia, North and South Korea, and even the United States, which, although not belonging to East Asia geographically since 1946, is politically present. A crisis everywhere has a different form and a different degree of bitterness. Total economic recession - there is only one form of it. Although China reduces the yuan, and Japan introduces a negative interest rate, all these desperate measures are unlikely to produce results. The recession is not of a financial nature, and this is a general crisis of development: the socio-political model, culture, and public purpose. The easiest way out of this crisis is war. It will either completely reformat the existing model, or provide the old system with new resources for survival and development.

The topic of a systemic crisis is especially acute for the DPRK. Economic reforms (approximate analogue of the Lenin NEP) of Pyongyang gave a very limited effect and, in fact, failed. The reason for the failure is simple: for a more radical change in the economy, you need a transformation and a political model, a departure from dogma, and this is already dangerous for the regime itself. At the same time, economic collapse is also dangerous for the state system. The main source of currency for Pyongyang - the export of ore to China - will gradually dry up. Not because Beijing will impose any sanctions, but banal because of the industrial decline in the Middle Kingdom. The collapse that awaits North Korea in such conditions can lead to anything. Koreans are a patient people, but their patience will end one day. The threat of a coup in the DPRK does not disappear anywhere either: it is for this reason that Kim Jong-un is not leaving the capital for a long time, not to mention foreign trips.

Ideologically, the North Korean regime has long come to a standstill. Bravura slogans about the future unification of the country, which has been sounding for a decade, have not inspired anyone for a long time. There is no economic growth either. In North Korea, more and more people learn about how ordinary citizens live in neighboring China, moreover, information begins to penetrate the Celestial Empire and about the economic miracle of South Korea. In such conditions, a local war for Kim Jong-un becomes almost the only salvation, even if you eventually have to give up some border areas. History knows a lot of examples when politicians who lost the war ultimately remained in power and even strengthened in it.

And finally. If you build a system of coordinates regarding the security of Russia, the DPRK in such a system does not threaten our country. The crisis or even a full-fledged war on the Korean Peninsula is a strictly peripheral conflict for Russia, worthy of attention only because of the relative proximity to Vladivostok and the unlikely prospect of using two or three low-power nuclear charges on the battlefields. There will be a war, big or small, of course, but it will take place in a completely different place.

* Forbidden organization in the Russian Federation.