"Import substitution" in Ukrainian: German armored vehicles will be replaced with Russian engines

February 8 2016
107
On the next "peremog" over Russia reported Maidan elite of Ukraine. This time, “Peremoga” is connected with the fact that the Ukrainian BTR-4 and other armored vehicles, after a series of tests, have been adapted to equip German Deutz engines, which will be installed on armored vehicles instead of Russian ones. The report says that this is another step towards compliance with NATO standards. 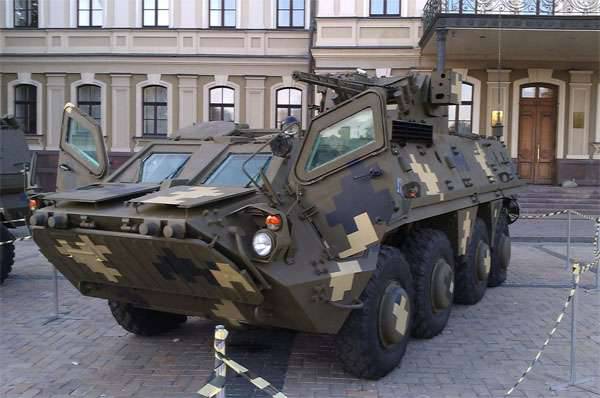 Representative statement the press service of the concern "Ukroboronprom" Romana Romanova:
German Deutz powerful, reliable, and, which is very important in the conditions of war, much quieter than Russian engines, which were installed on armored vehicles before. Thus, the Ukrainian military will receive the best samples of domestic military equipment, created in accordance with NATO standards.
A batch of new engines will be used for use on the BTR-3, BTR-4 and the latest Dozor-B armored vehicles. Until now, obsolete Russian-made engines were installed on the equipment.

A representative of a Ukrainian company, which for all the years of its existence, has not been able to create anything “morally new”, has been talking about the “obsolescence” of Russian engines, and is now trying to cut budget funds by entering into contracts with European suppliers.

According to Romanov, Ukroboronprom agreed with the German company on a “special price” that will allow the concern to “save” 25 million hryvnias.

Ctrl Enter
Noticed oshЫbku Highlight text and press. Ctrl + Enter
We are
Country 404. About the Navy, marines, glory in general and Peremog in particular
107 comments
Information
Dear reader, to leave comments on the publication, you must to register.