February 8 2016
36
At today's meeting in the Ministry of Defense, Sergei Shoigu said that on the orders of the Supreme Commander of the RF Armed Forces, President Vladimir Putin, a sudden check had begun in the troops of the Southern Military District, as well as in individual formations of the Airborne Forces and the military transport aviation. Sergei Shoigu quoted by TC website RTR:

In accordance with the decision of the Supreme Commander-in-Chief of Russian President Vladimir Putin, today, at five o'clock in the morning, the troops of the Southern Military District, separate units of the Airborne Forces and military transport aviation are brought to combat readiness "Complete". From that time on we began a surprise check of the combat readiness of troops in the South-Western strategic direction. It is necessary to work out the full range of tasks solved by government agencies and troops, including the fight against terrorist threats, the elimination of the consequences of natural and man-made disasters. Assess the maneuverability of the compounds during the marches to create groups of troops. 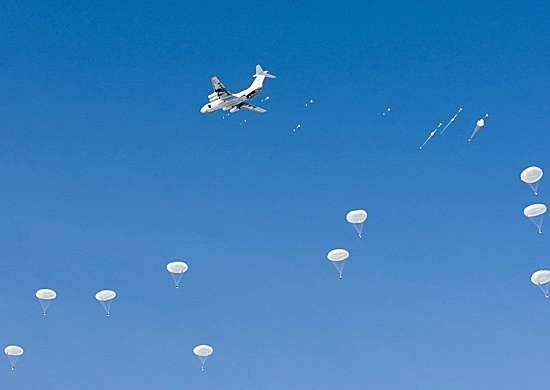 According to the Minister of Defense, in the course of a sudden inspection, the possibility of effective repulsing of attacks of a conditional enemy, as well as the possibility of protecting strategically important objects, will be assessed.